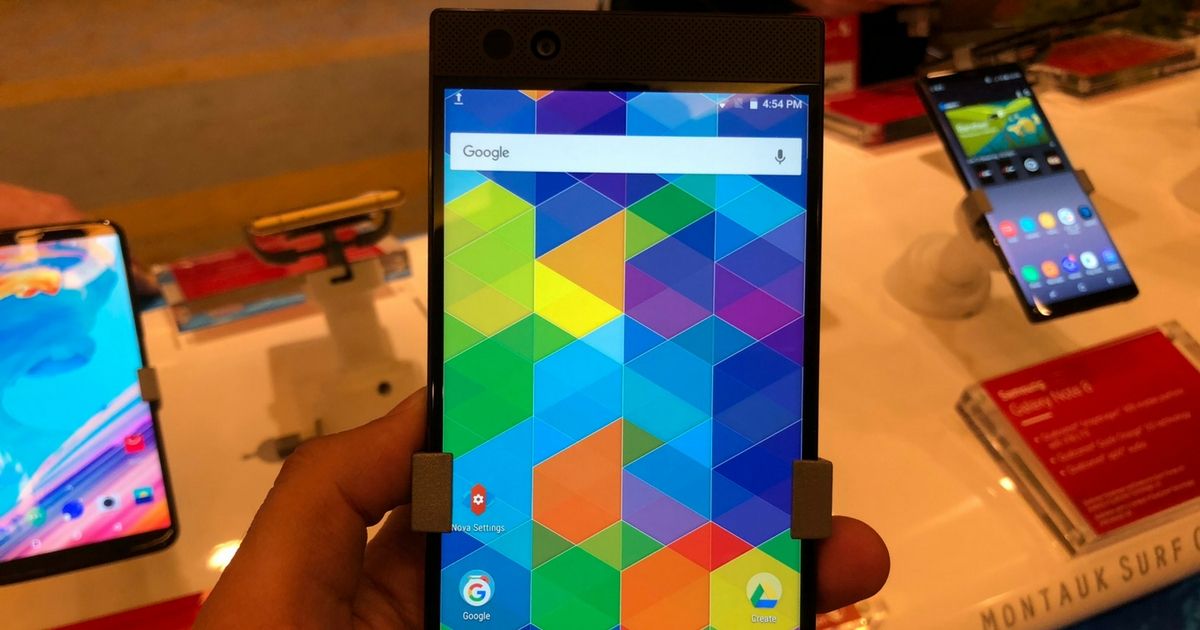 “The Razer Phone 2 could feature a display resolution of 1,440 x 2,660 pixels and run Android Oreo out of the box”

The sequel to the Razer Phone (first impression) — the Razer Phone 2, which is said to launch in December 2018, has been spotted on benchmarks again. This time, the platform is AnTuTu, which has benchmarked the device with similar core specs as seen on Geekbench a few days back. 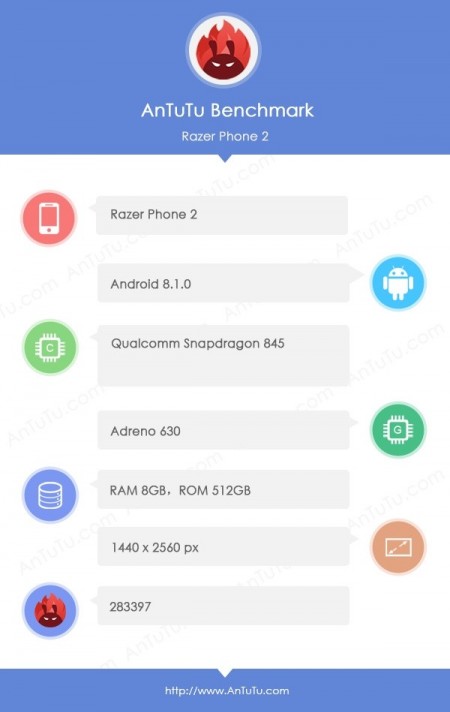 The listing reveals that the Razer Phone 2 has a Snapdragon 845 SoC ticking at its core, which is currently the flagship chipset from Qualcomm. However, by the time the device is launched, the SoC will be superseded by the rumoured Snapdragon 855 chipset. Keeping that aside, the handset is reported to feature 8GB of RAM and an impressive 512GB internal storage for heavy games. With the said hardware, the Razer Phone 2 managed to nail a score of 2,83,397 on AnTuTu.

Apart from that, the handset could feature a screen resolution of 1,440 x 2,660 pixels (QHD), which is the same as last year’s Razer Phone that has a 120Hz refresh rate 5.7-inch display. Lastly, the Razer Phone 2 will run Android 8.1 Oreo out of the box with Razer’s custom skin applied on top.

Other details about the Razer Phone 2 is scarce at the moment, however, we’ll be sure to notify you as and when something crops up.