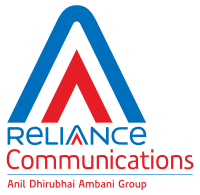 Indian Telecom Tribunal TDSAT (Telecom Disputes Settlement and Appellate Tribunal) approves the plea of Reliance Communication (RCom) seeking additional airwaves for its GSM and CDMA services much before the proposed spectrum auction. According to the plea, the company RCom was alloted 4.4Mhz spectrum in the year 2008 in all the circles and now seeking for spectrum up to 6.2Mhz. Anil Ambani led RCom in its plea appealed TDSAT to stay government from proceeding with the auction of spectrum till Department of Telecommunications (DoT) allocated its remaining 1.8Mhz spectrum and the CDMA spectrum. Therefore accepting the proposal, the TDSAT bench headed by its Chairman Justice S.B Sinha asked DoT to reply for the appeal within four weeks of time. Similarly, TDSAT also asked COAI (Cellular Operators Association of India) counsel to file application in the matter within a week time. Therefore, the counsel representing GSM body COAI expressed their desire in becoming a part in the case. In contrary to the obligations, the Department of Telecommunications (DoT) said referring to the Supreme Courts observation that natural resources could not be allowed without auction and therefore it is not possible to allot extra spectrum to the company. To counter DoT comments, RCom counsel said,“I have completed my obligation and now they (Government) need to complete their obligation by allocating me additional spectrum as per my contract with them. This is contrary to the terms of the Licence Agreement and also against RCom vested right to receive the balance of the contracted spectrum.” RCom also highlighted that DoT has acted in discriminatory manner and allocated spectrum to many operators for free of cost and also allowed to share signals strengths beyond the mentioned limits in the contract.

No plans to merge BSNL and MTNL: Telecom Minister