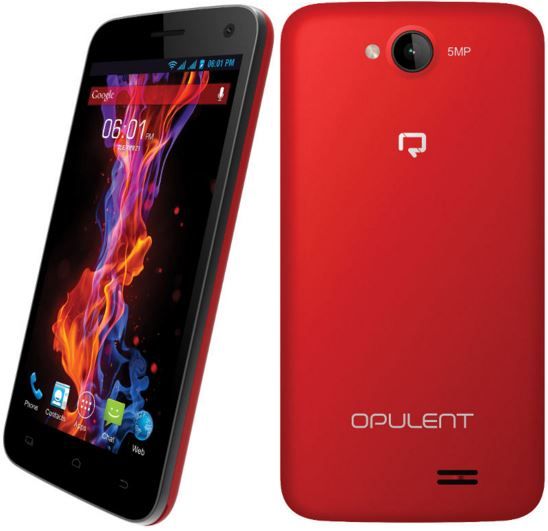 Reach Mobiles has expanded its portfolio of smartphones with the launch of the Opulent. It is an entry-level offering that runs Android 5.1 Lollipop, and comes with 3G and dual-SIM slots. The phone has been priced at Rs 3,599, and is exclusively available on ShopClues in black, white, orange and red hues.

The Reach Opulent comes with a 5-inch HD IPS display, and is powered by a 1.2GHz quad-core Spreadtrum SC7731 processor. The phone offers 1GB of RAM and 8GB of internal memory, which can be further expanded up to 32GB by a microSD card. For imaging, it gets a 5MP rear snapper with an LED flash, and a 2MP front shooter. The device is fuelled by a 2,500mAh battery.

In March, Reach Mobiles launched an entry-level smartphone dubbed the Cogent for Rs 2,999. The phone comes with Android Lollipop, 3G connectivity, a 4-inch display, a quad-core CPU, a 3.2MP camera, 8GB of storage and 2,000mAh battery.