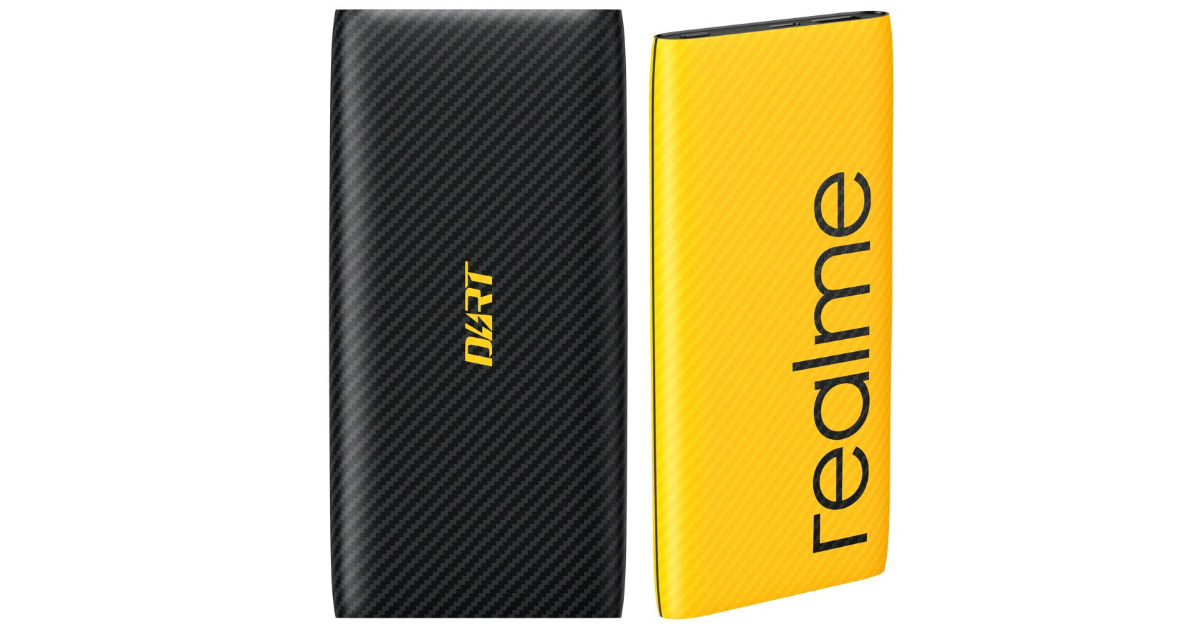 Realme 10,000mAh 30W two-way fast charging power bank was announced in China back in May and is now expected to launch in India soon. The power bank is claimed to offer 53 percent faster-charging speed compared to the 18W power banks and allows you to charge 30W VOOC/Dart charge supported devices. Now, the product has been spotted on the Realme India support page with the model number RMA156, suggesting the launch could be imminent. Realme will announce the Realme C11 budget smartphone in India on July 14th and it’s possible the company will announce the new power bank during the launch event.

The Realme 10,000mAh 30W Dart Charge power bank is also compatible with 20W, 18W, 15W and 10W devices and lets you charge two devices simultaneously through Type-C and Type-A ports. Users can also charge some laptops that have USB Type-C port. The power bank is equipped with a carbon fiber texture and is created using advanced lithography machine. It offers 15 layer protection, including current, over charger, short circuit, over-power or discharge and more.

The Realme 10,000mAh power bank is equipped with a ‘Low power’ mode to charge IoT products. It is 17mm thick and weighs 230 grams. The power bank takes close to two hours to charge completely with a 30W charger. It is priced at RMB 199 (around Rs. 2,115) in China, so the India pricing could be on similar lines.