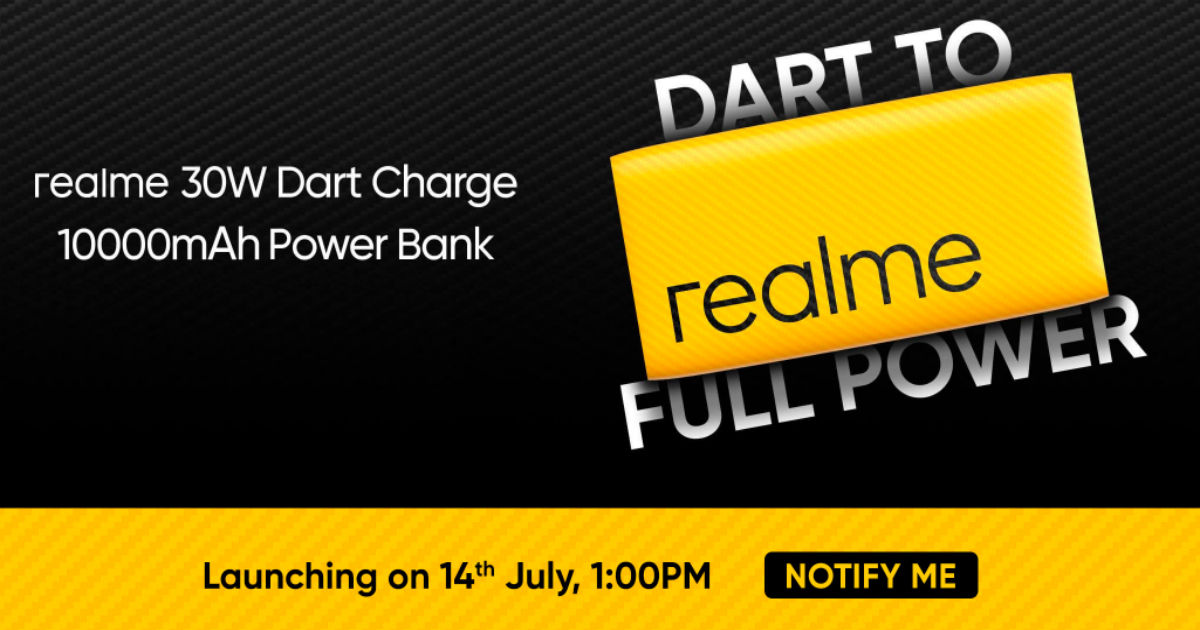 Realme 10,000mAh 30W Dart Charge power bank will be launching in India on July 14th alongside the Realme C11 and Realme 6i smartphones. The power bank was recently spotted on the Realme India website, hinting at its arrival, and now the company has confirmed that it will indeed be launching in the country. The listing on the website claims the Realme 10,000mAh 30W Dart Charge power bank takes just 1 hour 36 minutes to fully charge. It can also juice up the Realme 6’s 4,300mAh battery up to 65 percent in just 30 minutes. The power bank supports multiple-charging technologies, including VOOC, Dart, PD, QC and more, and has 15-layer charging protection, including current, over charger, short circuit, over-power or discharge and more.