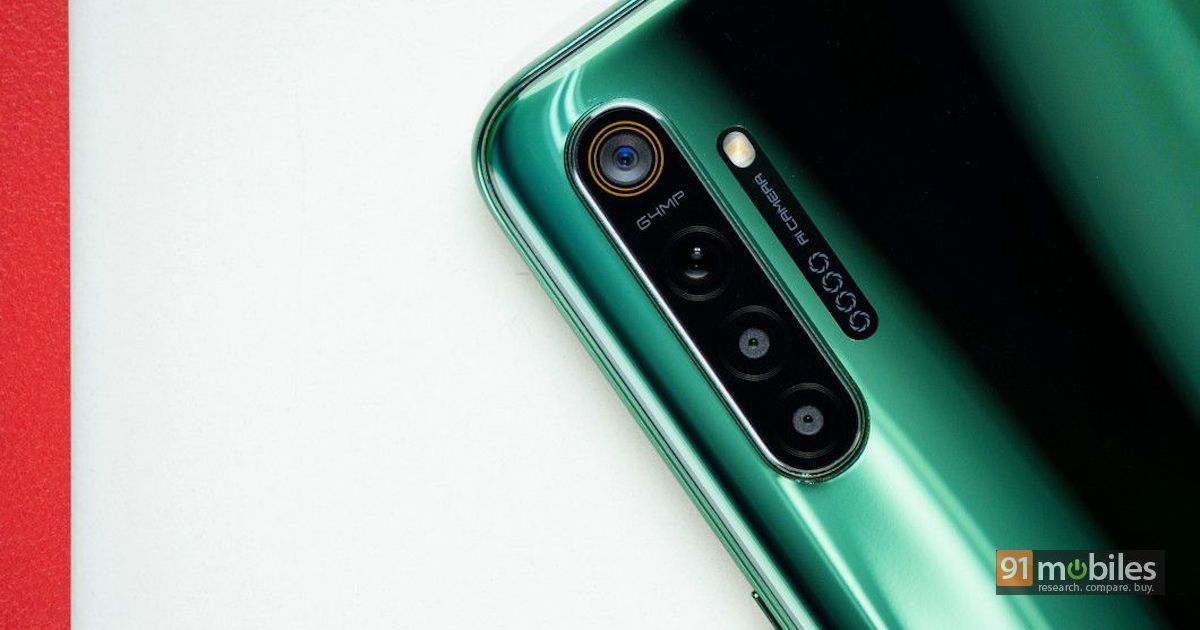 “The upcoming Realme 108MP phone could very well challenge premium mid-range flagships from OnePlus, but the company will need to be mindful as it crosses the Rs 30,000 price point”

Realme has launched a string of successful smartphones in India since its debut in 2018. The company started off by launching budget smartphones like the Realme 1 and Realme U1. Soon enough, the company broke into the sub Rs 20,000 segment with the Realme X recently it made its debut in the sub-Rs 30,000 segment with the flagship Realme X2 Pro. Realme’s next big phone could well knock at OnePlus’ doors and cross the Rs 30,000 threshold. And this could be the 108MP smartphone that Realme confirmed recently.

Realme India CEO Madhav Sheth recently revealed on the sidelines of the Realme X2 India launch that the company is working on a 108MP phone. While Realme hasn’t confirmed that this phone will launch in India, it would be wise to assume this considering Xiaomi is bringing its own 108MP phone, Mi Note 10. Both the Mi Note 10 and the upcoming Realme 108MP phone will be looking to take on the premium mid-range segment-leader OnePlus.

Needs more than a 108MP camera

We said something similar about the Mi Note 10 in our previous. Like the Mi Note 10, the upcoming Realme phone will tout a 108MP camera. That will be the USP of the product, but it cannot be the only thing that the phone brags about. It needs to offer more. It will need a combination of features such as a premium design and powerful set of specifications, if the phone is to compete against the likes of OnePlus. Unfortunately, we don’t know what this phone will look like or the kind of chipset that will power it.

While a 108MP camera sounds appealing, consumers in India will look towards an all-round smartphone. The OPPO Reno series, for example, has not had the kind of impact that the company would have hoped for despite offering a terrific set of cameras and attractive designs. Compared to OnePlus phones, OPPO Reno phones feel overpriced either due to underwhelming hardware or software or both.

You can usually count on Realme to offer a well-rounded package. The Realme X2 Pro is the best, most recent example of that as it brings a flagship Snapdragon 855 Plus SoC along with a 64MP quad-camera setup and 50W Super VOOC fast charging, among other things. These specs alone make Realme a worthy OnePlus competitor. So, we expect the Realme 108MP phone to offer a similar wholesome experience.

OnePlus phones work not just because of flagship hardware, but a fast, smooth, clean, and ad-free OxygenOS software as well. This is where we believe Realme UI will come into the picture for Realme smartphones. Realme UI has long been reported to make it to Realme phones, and the company’s India CEO Madhav Sheth recently announced during the launch of the Realme X2 that Realme UI will release in January and will be based on ColorOS 7.

Realme UI could be the company’s answer to Oxygen OS. The company teased some Realme UI features that included a cleaner interface with less bloatware to offer a close to stock Android experience, which sounds similar to Oxygen OS, although we can only know for sure once Realme UI is out and about.

A bloat-free and ad-free software experience will give fans the incentive they need to spend more on a smartphone. OnePlus CEO Pete Lau recently revealed the reason behind why Oxygen OS does not come with ads. He said, “If an addition doesn’t add anything to the user experience, then the company won’t add it to the device.” Lau added that the company does not need ads because it can make money by selling smartphones a little more expensive.

This suggests that people will be willing to spend more on a phone if it means getting an ad-free software. ColorOS barely offers ads, but the underlying philosophy of OnePlus to deliver a great software experience should hold true for Realme as well. If Realme UI is what we hope it would be, then people may be willing to spend more money on a Realme phone. This is what Xiaomi will also have to look at when it launches the Mi Note 10 in India.

A premium 108MP Realme phone at an affordable price

Premium design, flagship specs, and a clean Android user experience are the trifecta that OnePlus phones have been nailing for years now. But the icing on the cake has usually been the price. OnePlus phones are some of the most affordable flagship phones you can buy, although this sentiment seems to be fading as OnePlus models, especially the Pro series, cross the Rs 50,000 price bracket.

With OnePlus moving towards the ultra premium segment with each passing year, Realme has a great opportunity to fill the void. Realme has so far been extremely competitive with the pricing of its smartphones. The Realme X2 Pro, for example, starts at Rs 29,999, which is quite aggressive for a Snapdragon 855 Plus-powered phone with a 90Hz display. The upcoming 108MP Realme phone may cross the Rs 30,000 mark if it comes with a Snapdragon 865 SoC, 90Hz display, Realme UI, and a quad-camera setup. Again, this is just a speculation as we do not know anything about the Realme 108MP phone apart from the fact that it exists. The smartphone should launch early next year given how Xiaomi is also bringing its 108MP Mi Note 10 to India soon.