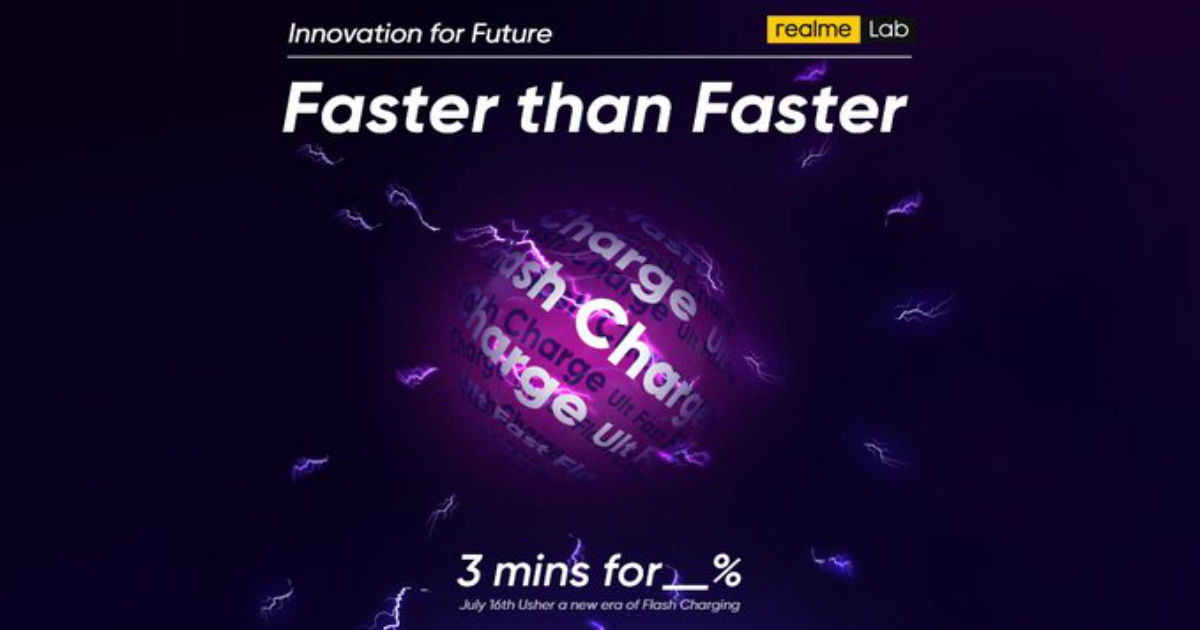 Realme confirmed it will introduce a new fast-charging technology on July 16th. While it didn’t explicitly mention the new charging speeds, Realme China CMO, Xu Qi Chase in binary code hinted it could be 125W fast charging, which is incidentally what OPPO will also be announcing today. Realme India CEO, Madhav Sheth on Twiter, said, “We’re about to usher in a new era of Dart”. This suggests the 125W fast charging solution could be called Ultra Dart, based on an earlier report. The new fast charging tech should find its way to the Indian market with a flagship device later this year. To recall, Realme was the first brand to launch a 65W charging phone in the country with the Realme X50 Pro 5G. 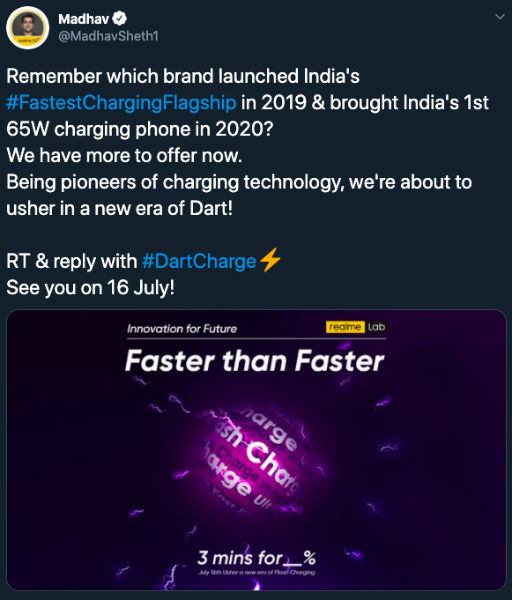 Realme’s announcement will come just a day after OPPO’s own unveiling of its 125W fast charging technology on July 15th. Meanwhile, iQOO introduced its 120W technology that can charge from 0 to 50 percent in under 5 minutes and charge up to 100 percent in just 15 minutes. Xiaomi is also planning to announce its 100W fast charging solution next month. It looks like 100W+ charging speeds are about to be the next big thing for smartphones.

Separately, Realme is also confirmed to be working on a phone with a massive 6,000mAh battery. This is the first handset from the brand to ship with the aforementioned battery capacity. However, the series or the name of the phone aren’t revealed at the moment. The handset may find its way to the Indian market sometime later this year.