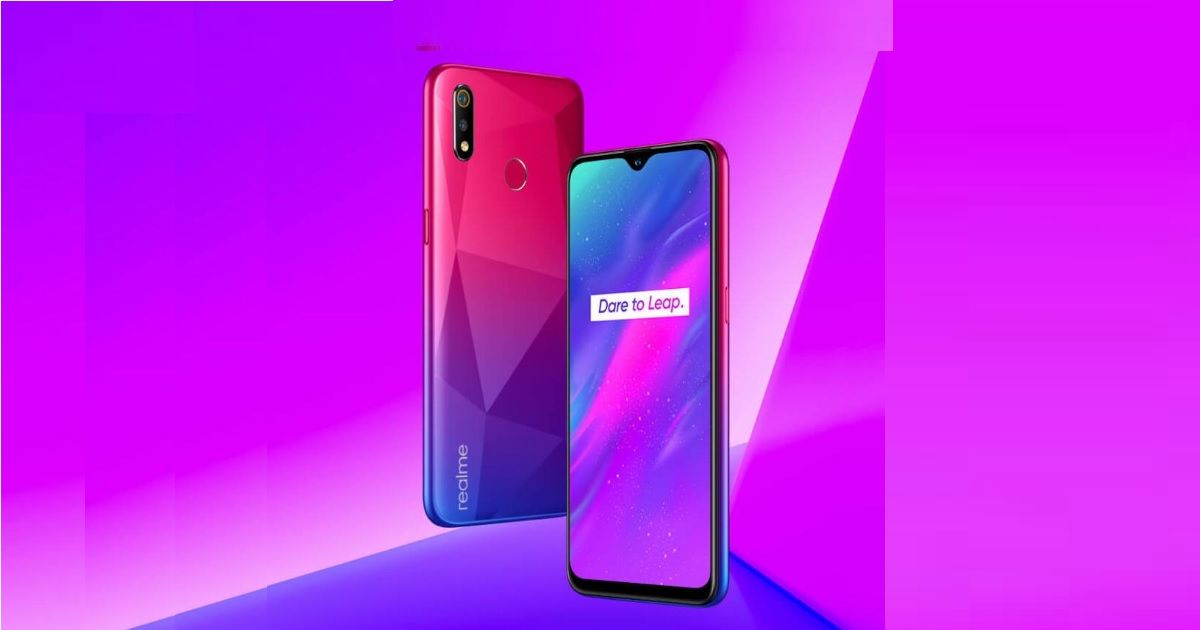 In March this year, Realme introduced the Realme 3 budget smartphone in the Indian market. The Realme 3 smartphone was launched in three colour variants – Dynamic Black, Radiant Blue, and Classic Black. Now, the company is all set to launch a new Diamond Red colour option for the smartphone in the country soon. A press image of the new Realme 3 variant has been leaked by the gadget tipster Ishan Agarwal.

Realme 3 Diamond Red colour options is launching very soon in India. It will be available in all the present storage options, So, like it? #realme #realme3 pic.twitter.com/L2lKj5MaL6

As you can see in the image above, the Realme 3 Diamond Red colour option will have a diamond pattern at the rear in Red on the top half and Blue in the bottom half. This design is kind of similar to what we have on the Realme 2. The tipster has also revealed that the Diamond Red model for the Realme 3 will be available with all the present storage variants. The smartphone comes in two RAM and storage configurations – 3GB + 32GB, 3GB + 64GB, and 4GB + 64GB.

To recall, the Realme 3 features a waterdrop notch above the screen and a vertically-placed dual camera setup at the rear, apart from the fingerprint sensor. The phone offers a 6.2-inch display with HD+ resolution and Corning’s Gorilla glass protection. The device is powered by a 2.1GHz octa-core MediaTek Helio P70 processor, aided by Mali-G72 graphics.

At the back, the Realme 3 features a 13-megapixel primary camera at the rear with f/1.8 aperture and phase detection autofocus. The main snapper is accompanied by a 2-megapixel secondary shooter. For selfies, there’s a 13-megapixel camera on board. The connectivity options include dual-SIM slots, Wi-Fi, Bluetooth 4.2, a micro-USB port, and A-GPS with GLONASS. A 4,230mAh battery completes the list of the features.

The Realme 3’s is available in India starting at Rs 8,999, which goes up to Rs 10,999 for the most high-end offering. The smartphone is being offered across channels in the country.