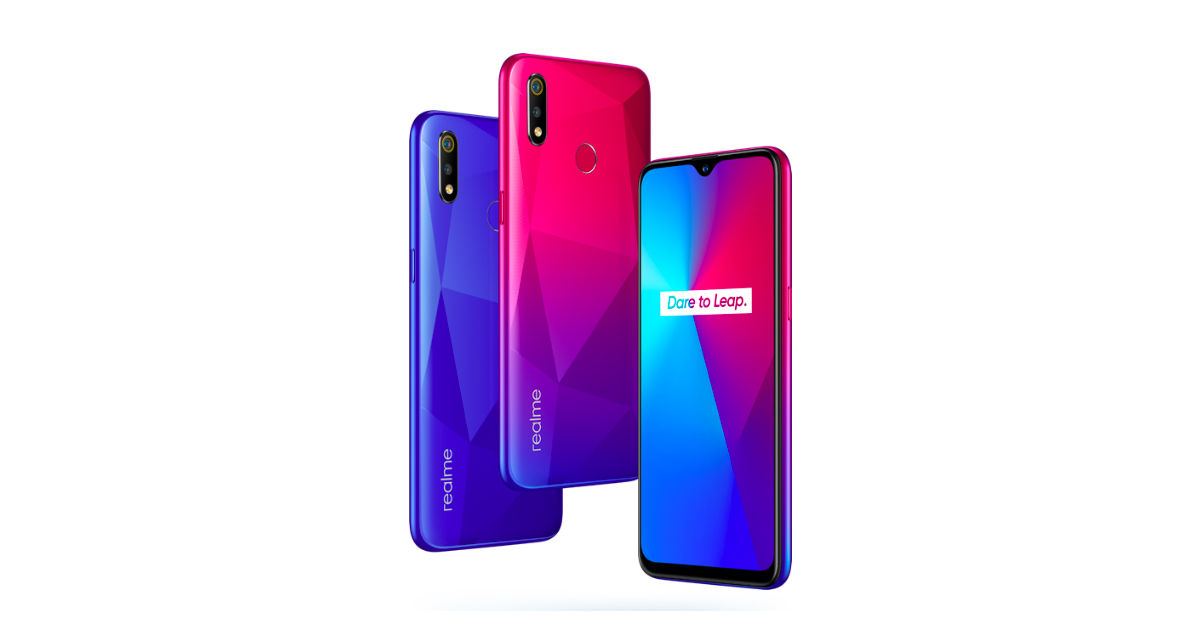 “The Realme 3i is a budget offering with a water-drop notch, a MediaTek Helio P60 SoC, and a 4,230mAh battery”

The Realme 3i smartphone has just been officially announced in India. And as the leaks predicted, Realme 3i is an entry-level offering with a waterdrop notch, MediaTek Helio P60 processor, a rear-mounted fingerprint sensor, and dual cameras at the back. The smartphone has been launched alongside the Realme X in the country, which is the company’s first smartphone with a bezel-less display and an under-display fingerprint sensor. The budget Realme 3i will be competing against the likes of the Samsung Galaxy M20 and Xiaomi Redmi 7, which also are dual rear camera-toting offerings with waterdrop notch and beefy batteries at budget prices. 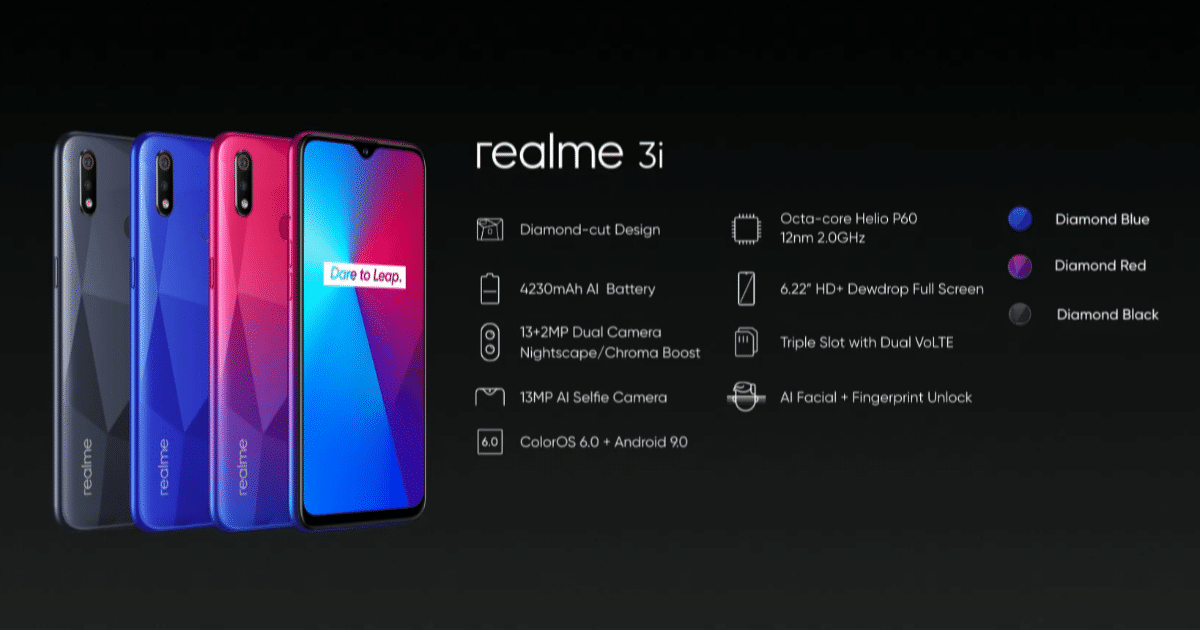 Realme 3i price in India

The Realme 3i price in India starts at Rs 7,999 for the base variant with 3GB RAM and 32GB internal storage. The phone’s 4GB / 64GB option sets you back by Rs 9,999. The smartphone comes in three colour variants – Diamond Black, Diamond Blue, and Diamond Red. The phone will go on sale in the country on July 23rd via Flipkart.

The Realme 3i sports a 6.22-inch HD+ display with Corning’s Gorilla Glass 3 on top. The phone has a MediaTek Helio P60 processor, aided by up to 4GB of RAM and up to 64GB of storage. Software-wise, the smartphone boots ColorOS 6.0 based on Android Pie. The handset also comes with the Google Lens feature, which allows you to instantly recognise objects in the photos utilising artificial intelligence.

For imaging, there’s a 13-megapixel primary camera at the rear with f/1.8 aperture, PDAF, Chroma Boost, and Hybrid HDR. There’s another 2-megapixel secondary lens at the back to assistant the main sensor. On the front, there’s a 13-megapixel sensor with AI Beautification, HDR, and AI Face Unlock features. The connectivity options are regular, including 4G LTE, dual-SIM slots, single-band Wi-Fi, Bluetooth 4.2, and A-GPS. A 4,230mAh battery completes the list of the specifications. The handset’s back panel has matte finish for a smudge-free user experience.