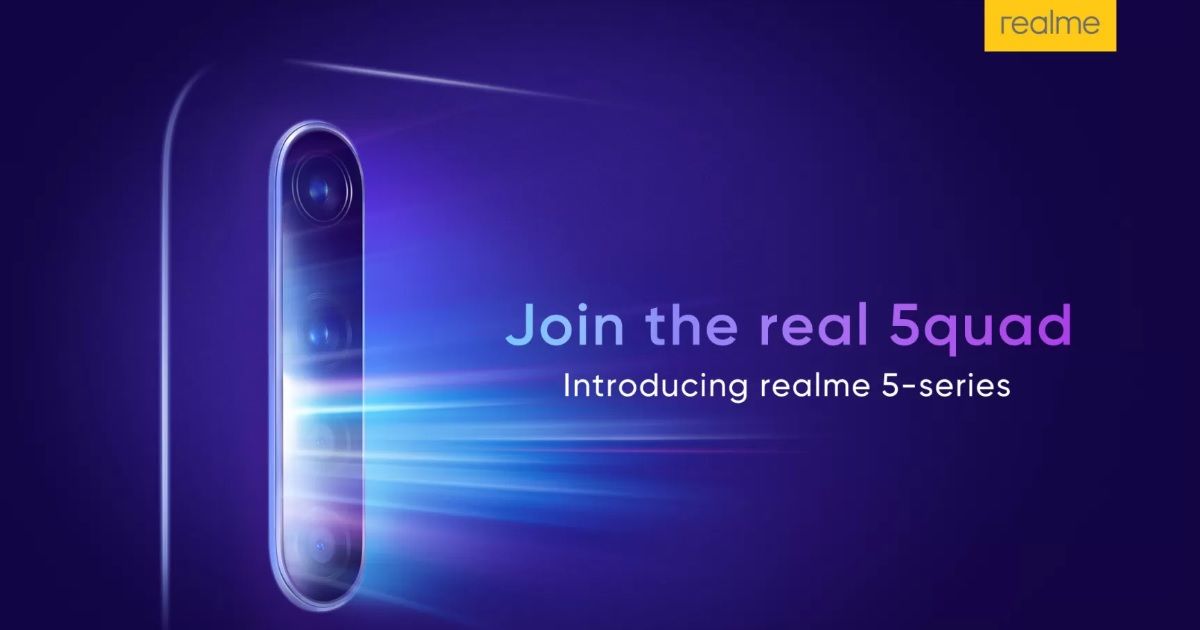 “The listing suggests that the Realme 5 Pro will have similar internals as its predecessor, the Realme 3 Pro”

Realme is all set to launch the Realme 5 and Realme 5 Pro next week on August 20th. And as we’re inching closer to its launch, we’ve been getting more info about the devices. Soon after the Realme 5 Geekbench scores, the popular benchmarking platform has scores for the higher-end Realme 5 Pro as well, which has been codenamed as RMX1971. 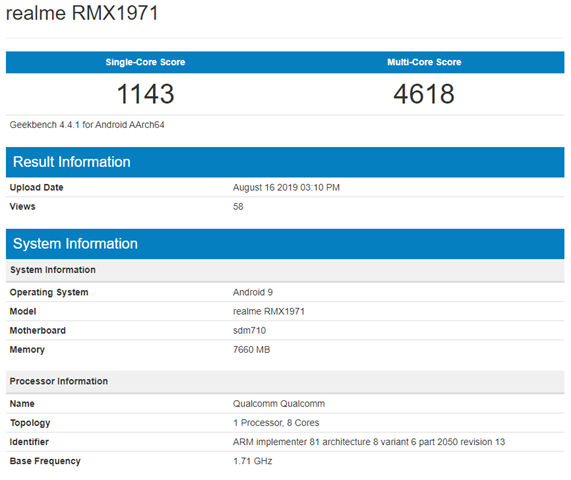 Per Realme 5 Pro Geekbench listing, the smartphone will come powered by Qualcomm’s Snapdragon 710 processor. It’s paired with 8 gigs of RAM. This combination helps in achieving a single-core score of 1,143 and a multi-core score of 4,618. The benchmark also confirms that the upcoming handset will ship with Android 9.0 Pie, most probably with ColorOS v6.0 running atop.

#LeapToQuadCamera!
4+48+586+119
RT and tag 4 friends to make your #Quad5quad to guess what these numbers mean and win big!
Stay tuned as we launch #realme5series live at 12:30 PM, 20th August! pic.twitter.com/LEISsFeNJB

Interestingly, previous rumours have indicated that the Realme 5 Pro specs will include Snapdragon 712 SoC. So it might be a possibility that the Geekbench listing is wrong, especially because the Realme 3 Pro (review) also comes fuelled by the Snapdragon 710 chipset. However, we just have to wait for a couple of more days to confirm if that’s true. Worth noting that the Realme 3 Pro maxed out at 6GB RAM, but its successor will feature up to 8GB RAM. According to official teasers and Flipkart listing, Realme 5 Pro quad-camera setup will comprise a 48MP Sony IMX 586 sensor — which was found on the Realme X (review) too — and an ultra-wide angle camera with a 119-degrees field of view, a portrait shooter and a Super Macro lens that can capture subjects from up close. The handset will also ship with support for VOOC 3.0 for juicing up quickly. Considering the launch isn’t far off, we just have to be patient to know the remaining Realme 5 Pro spec sheet.