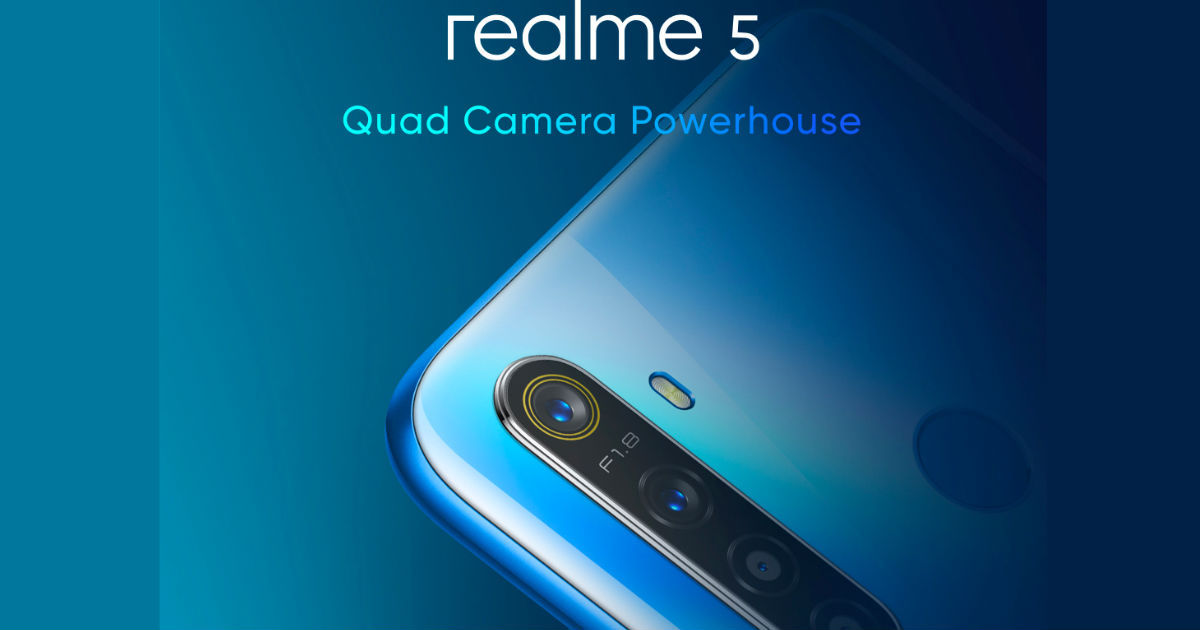 Realme 5 series is among the many smartphones that are slated to launch this week in India. The spin-off brand of OPPO will be taking the wraps off the next-gen Realme 5 and Realme 5 Pro smartphones at an event in the country today. The handsets will be a generational leap for the Realme 3 series that was introduced earlier this year. Both Realme 5 and 5 Pro are going to be the brand’s first to come with a quad-camera setup at the back, and moreover, they are likely to pack the latest chipset, optical scanner, beefy battery, and fast charging tech. Here’s everything you need to know about the upcoming series ahead of its release:

As reported by 91mobiles previously, Realme 5 price in India could be at the same level as its predecessor, i.e. around Rs 8,999. The handset will most likely be the most affordable smartphone in the series and a direct successor to the Realme 3 smartphone. The handset is tipped to be the first smartphone in the country to rock Qualcomm Snapdragon 665 chipset, which is the latest mid-range mobile platform from the chipmaker. The SoC is forged using the 11nm process, has 2.0GHz clock speed, and packs octa-core Kyro 260 CPU and Adreno 610 GPU. According to the company, the Snapdragon 665 is energy-efficient and capable of improving mobile features such as camera, security, and gaming, using the 3rd generation Qualcomm AI Engine.

Notably, the same chipset will rock Mi A3, which is Xiaomi’s upcoming stock-Android smartphone, slated to launch on August 21st in India. While the Mi A3 is expected to be a mid-range offering, Realme 5 will most likely be a budget-centric smartphone.

Furthermore, the quad-camera setup of Realme 5 could pack a 16-megapixel primary sensor coupled with an ultra-wide-angle sensor with a 119-degree field-of-view and depth sensor for portrait modes. It’s also suggested the macro lens of Realme 5 will have a microscopic focal length of 4cm. The handset will be driven by a 5,000mAh battery with fast-charging support, while Android 9 Pie-based on ColorOS could take care of the software side of things. The Realme 5 is also tipped to arrive with a rear-mounted fingerprint scanner and U-shaped notch display with HD+ resolution.

The Realme 5 Pro smartphone will be slightly expensive but offer better specs compared to its sibling Realme 5. To start with, the rear-facing quad-camera setup of the phone will pack 48-megapixel Sony IMX586 primary sensor paired with the same ultra-wide-angle lens, dedicated depth-sensing sensor, and a Super Macro lens that can capture subjects from up close. The phone will also pack a massive 5,000mAh battery, which is likely to be backed by VOOC 3.0 fast charging that promises add 50 percent juice in less than half-an-hour.

While speculations are Realme 5 Pro will be powered by Snapdragon 712 SoC, a Geekbench listing reveals Snapdragon 710 SoC paired with up to 8GB of RAM. This is the same chipset that lies at the heart of its predecessor Realme 3 Pro. Apart from this, the mid-range handset will reportedly pack an AMOLED display with a U-shaped notch that houses the selfie camera. The smartphone is also expected to come with an in-display fingerprint scanner and ColorOS running atop the Android 9 Pie out of the box.

The Realme 5 Pro price in India is unknown at the moment; however, considering its specs sheet, the handset will likely set you back to around Rs 15,000. The Pro model, as well as its younger sibling, will be available on sale on Flipkart across the country. 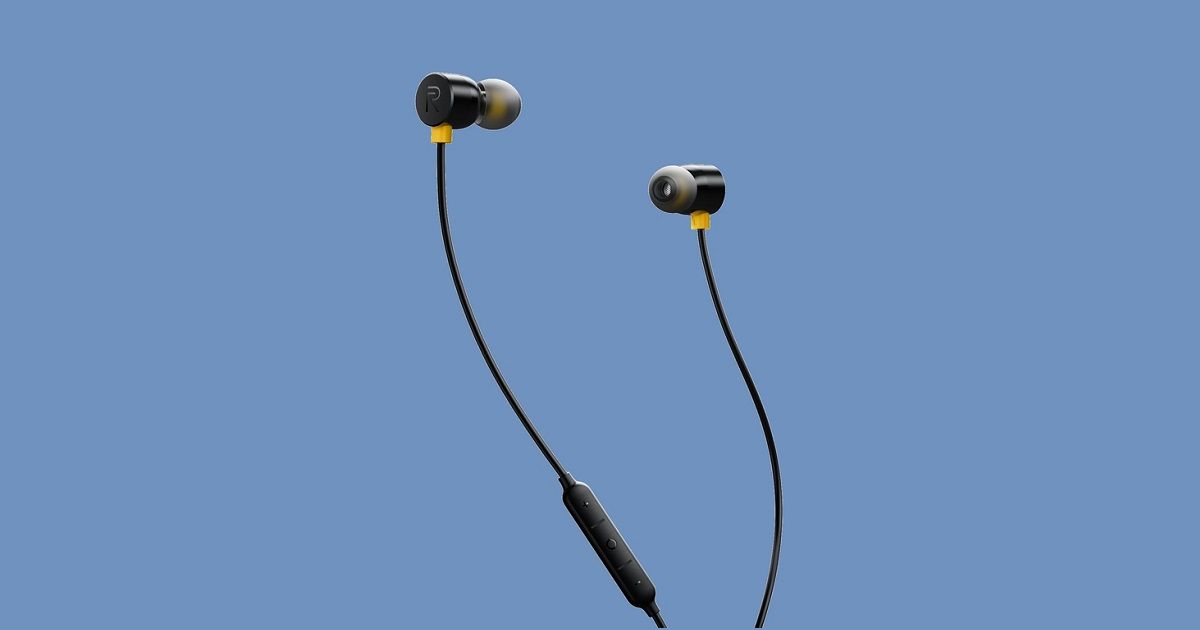 Other than the Realme 5 series smartphones, Realme is also expected to launch its next-gen wireless earphones called Realme Buds 2.0. The audio accessory will be an incremental upgrade to the original Realme Buds that was launched back in January. The Realme Buds 2.0 will most likely have the same form factor, in-ear design, and magnets on each ear tips that lets you clip the earphones together around your neck like a necklace. The earphones are expected to be priced aggressively and deliver better audio quality and design compared to its predecessor. For those unaware, the Realme Buds (review) has been priced in India at Rs 499.