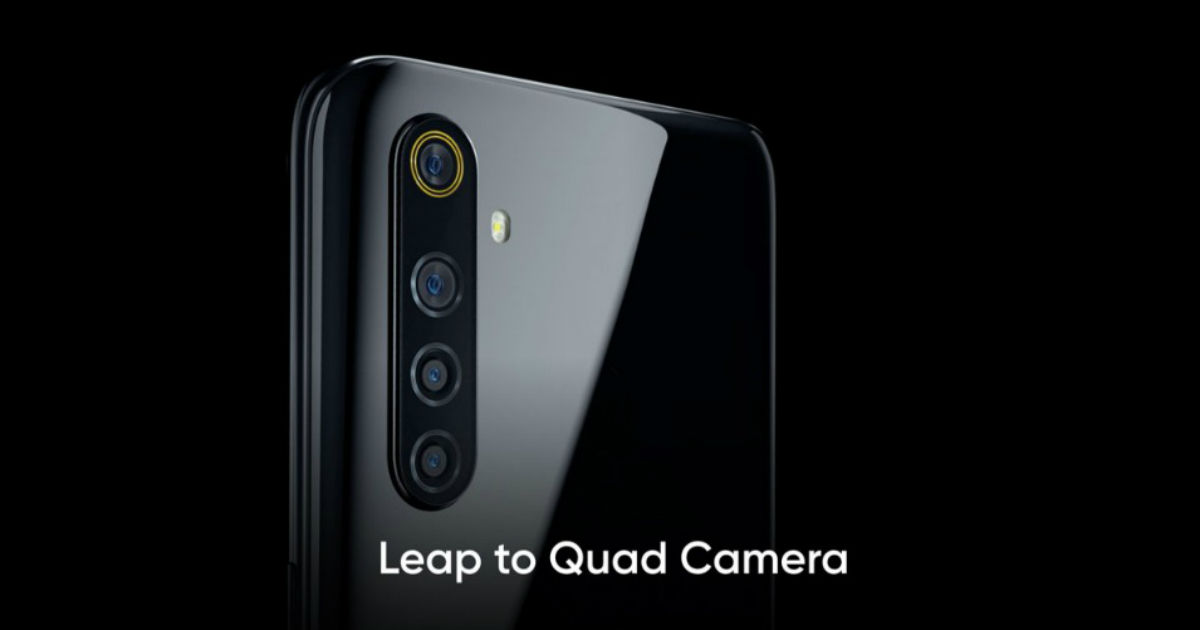 “The lineup consists of Realme 5 smartphone, which is powered by Snapdragon 665 SoC, and Realme 5 Pro that rocks Snapdragon 712 mobile platform”

Realme 5 series has been made official in India, after a barrage of leaks and rumours. Both Realme 5 and 5 Pro smartphones were unveiled at the company’s event in the country today. They are the most affordable and Realme’s first quad-camera smartphones in the country yet. The Realme 5 and Realme 5 Pro both have a main sensor paired with a ultra wide-angle lens, telephoto lens, and a Super Macro lens that can capture subjects from up close. Other major highlights of the series include the latest Qualcomm’s chipset, a beefy battery, a near bezel-less display, and up to 8GB RAM + 128GB storage configurations. While the Realme 5 is a budget-centric smartphone, Realme 5 Pro is the vendor’s mid-range offering — succeeding the 3 Pro.

The Realme Buds 2 were also announced at the event, in line with expectations. Apart from this, it announced that its 64MP camera phone will be called Realme XT and teased it will launch in India towards the end of September.

In terms of launch offers, the two handsets will get cashback up to Rs 2,000 on payments made using Paytm UPI. Purchases made using Realme.com will get the buyers Paytm First membership worth Rs 750 and benefits up to Rs 20,000. Flipkart customers will get no-cost EMIs of up to six months. Jio users will receive benefits worth Rs 7,000 with the smartphones. The phones will also come with compatible Iconic Cases, priced at Rs 399 and going on sale on September 21st in India. Realme Buds 2 are priced at Rs 599 and go on sale on September 4th and will be available both online and offline starting September 11th. There’s also a Tote Bag priced at Rs 1,199 that will become available to purchase starting September 4th.

Starting with Realme 5 Pro, the handset is powered by Qualcomm’s Snapdragon 712 SoC, which is the same chipset that rocks Vivo Z1 Pro smartphones as well. The phone comes in 4GB + 64GB, 6GB + 64GB, and 8GB + 128GB variants. The phone features a 6.3-inch display that bears a Full HD+ resolution and has a waterdrop notch to house the selfie camera. The entire setup is driven by a 4,035mAh battery with 20W VOOC 3.0 fast-charging support. Android 9 Pie-based ColorOS 6.0 custom UI takes care of Realme 5’s software side of things. It comes in Crystal Green and Sparkling Blue colours.

In the camera department, the Realme 5 boasts of as many as four cameras at the back. The setup includes a 48-megapixel Sony IMX586 primary sensor + 8-megapixel secondary sensor with a 119-degree field-of-view wide-angle lens + 2-megapixel depth-sensing telephoto lens + 2-megapixel Super Macro lens. The latter comes with a “microscopic” focal length that capable of taking images of the subjects placed as close as 4cm from the lens. For selfies and video calling, there is a 16-megapixel shooter on the front.

The Realme 5, on the other hand, lacks the 48-megapixel primary camera and better chipset, but ships with a bigger battery and display size compared to its sibling. The handset sports a 6.5-inch HD+ display and a mammoth 5,000mAh battery. Moreover, it is the first smartphone in India to come with Qualcomm’s Snapdragon 665 SoC, which is a successor to the respectable Snapdragon 660 mobile platform. The latest chipset promises improvements on the handset’s gaming, camera, and security front.

The phonemaker ships the Realme 5 in three RAM and storage configurations: 3GB + 32GB, 4GB + 64GB, and 4GB + 128GB. The storage can be further expanded using a microSD card. For photography, the Realme 5 has the same quad-camera setup at the back as the ‘Pro’ model, except the primary sensor, which has a 12-megapixel resolution. The front camera is also slightly downgraded, with a 13-megapixel shooter instead of 16-megapixel. Software-wise, the phone boots ColorOS 6.0 atop Android 9 Pie out-of-the-box. The smartphone will be available to purchase in Crystal Blue and Crystal Purple hues. 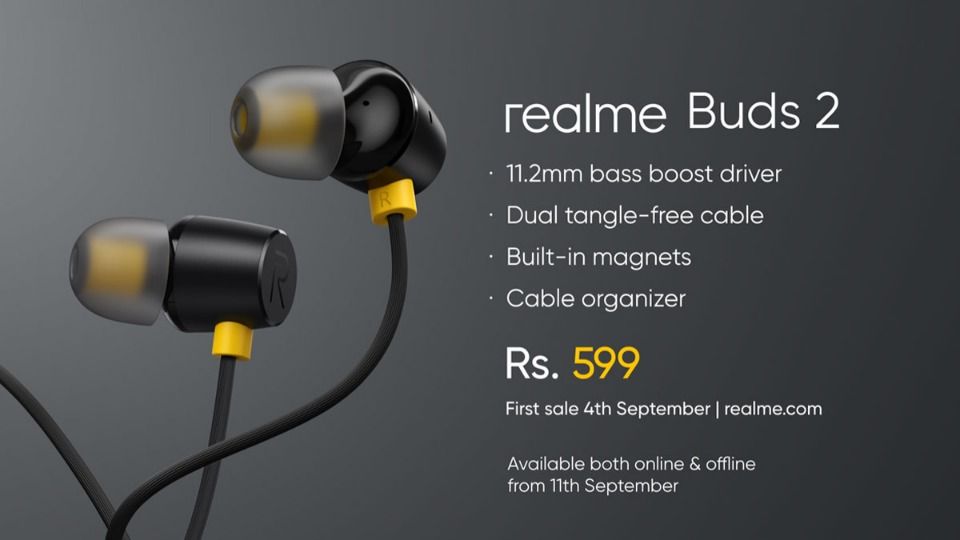 Lastly, there’s Realme Buds 2 earphones with 11.2mm base boost driver, multi-layer composite diaphragm, and Japan Daikoku voice call. The earphones have a braided wire to ensure the cables do not get tangled in the pockets. The built-in magnets on the earbuds make sure they stick together and stay in place when not being used.