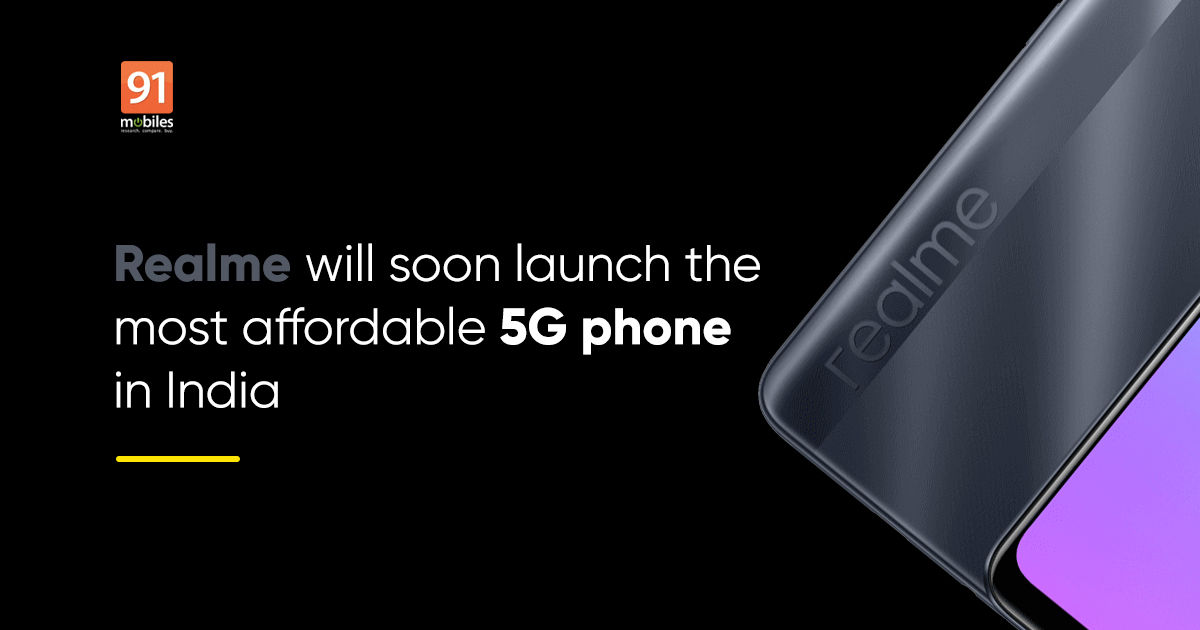 At the Realme 5G Global Summit that was held earlier this month, the company had revealed its plans to launch a Realme 5G smartphone under $100 (approximately Rs 7,420). Realme, however, had not revealed when and in which markets does the company plans to launch the device. Well, today we have some information regarding it. Realme India and Realme Europe CEO, Madhav Sheth, has revealed that the brand will launch the Rs 7,000 Realme 5G smartphone in the Indian market very soon. That is not all though. Realme has also revealed its sales goals for the upcoming Diwali season in India.

Also read: Realme Book could launch with Windows 11 out of the box, suggests tweet

Sheth says that the upcoming Rs 7,000 Realme 5G smartphone may be impacted by the supply chain situation. However, he adds that “we are working closely with supply chain partners, especially chipset makers, to make sure to equip Realme devices with the latest 5G processors, in compact build quality but at the most affordable price.”

According to Sheth, Realme aims to be a 5G leader in India as well as in the global markets, and to make this possible, the company has shifted 90 percent of its R&D resources to the development of 5G devices.

Sheth has also revealed that Realme aims to sell at least 60 lakh smartphone units in India during Diwali (which is on November 4th). According to him, “preparation for the Diwali season has started and [we] have the confidence to best meet the demand of the Diwali season in terms of stock.”

He adds that the company will launch products under the new 1+5+T strategy. So, what does it mean? Well, it stands for selling five smartphones for one product from the category that includes smartwatches, laptops, TVs, wireless headphones, and smart speakers, and one product from the TechLife category that includes devices such as sockets, light bulbs, etc.