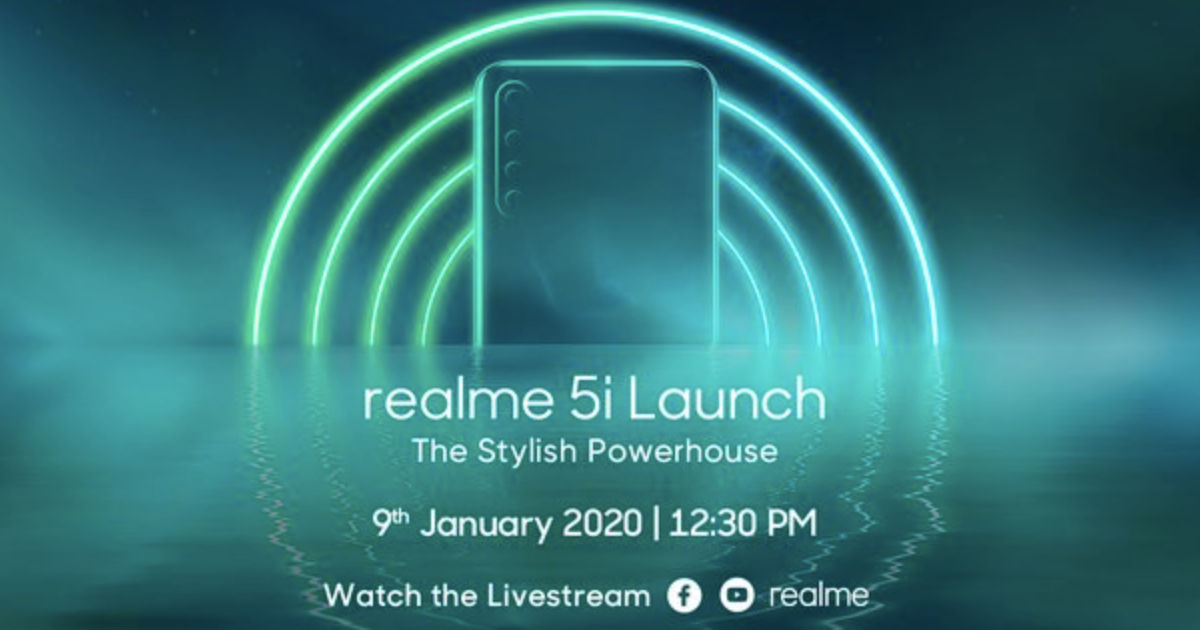 The Realme 5i smartphone India launch has been confirmed via CEO Madhav Sheth tweet and the phone’s Flipkart listing. The handset, which is scheduled to launch in Vietnam today, will be unveiled as the brand’s latest entry-level offering in the country on January 9th. The Realme 5i will succeed last year’s Realme 3i smartphone, which was announced at a starting price of Rs 7,999. The phone will be a battery and camera-centric offering. As per the e-commerce platform, the handset will pack an astounding 5,000mAh battery and as many as four cameras at the pack. The setup, which seems similar to other Realme 5 series phones, will include an ultra-wide-angle lens with f/1.8 aperture lens, primary lens, portrait lens, and macro lens.

Guys, introducing #realme5i our new edition to the highly appreciated #realme5series!
Launching on 9th Jan. at 12:30 PM
RT, if you are excited. #TheStylishPowerhousehttps://t.co/CKdg7QdUt8 pic.twitter.com/933eDVH0Eh

Furthermore, the Realme 5i will pack a Qualcomm Snapdragon chipset at its core. Rumours are rife that the handset could employ Snapdragon 665 SoC paired with 3GB/ 4GB of RAM and 32GB/ 64GB storage onboard. The phone will feature a 6.5-inch display with a “mini-drop” notch atop. The display will most likely be LCD and sport HD+ resolution. As for the Realme 5i’s camera resolution, it’s tipped to rock an 8-megapixel selfie sensor on the front and 12-megapixel + 8-megapixel + 2-megapixel + 2-megapixel sensors at the back.

The Realme 5i will reportedly run Android 9 Pie-based ColorOS 6.0.1 out of the box. The handset would be flaunting green and blue hues, with gradient finish instead of diamond-cut design. That’s all we know at the moment. As stated above, the Realme 5i will be unveiled globally at an event in Vietnam on today, January 6th. We should learn more about the offering then, so stay tuned to 91mobiles.