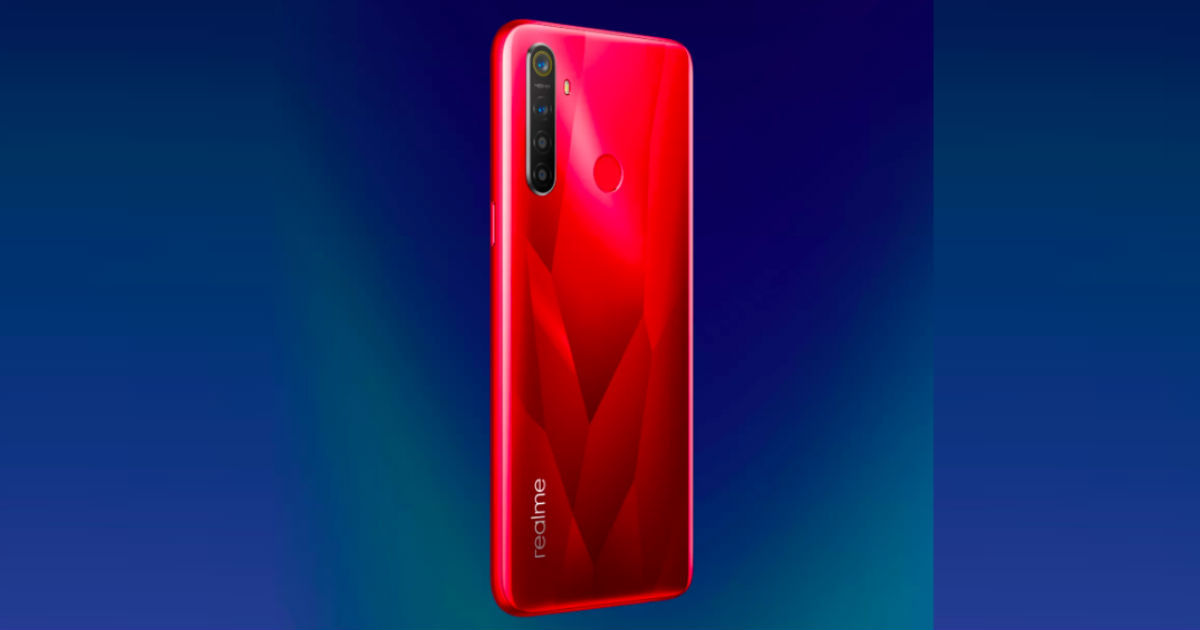 “Realme 5s could be the affordable offering from the brand, bridging the gap between its Realme 5 and Realme 5 Pro smartphones”

Apart from its flagship Realme X2 Pro, Realme is also prepping to launch affordable Realme 5s smartphone on November 20th in India. The page of the phone, along with its image, is already live on the e-commerce platform Flipkart. The image reveals the rear panel of Realme 5s, which is home to a fingerprint scanner, LED flash, and vertically-aligned quad-camera setup. The camera setup will feature a 48-megapixel primary sensor, which is also etched on the camera module. The Realme 5s’ cameras are said to deliver “ultra-detailed pictures that remain sharp even when zoomed in.”

Additionally, the Realme 5s also comes with diamond-cut design, glass layer, and red paint job. Other details revealed on the Flipkart page include a 6.51-inch HD+ display and 5,000mAh battery. The company has asked to stay tuned to the page for more details.

The Realme 5s, if you recall, also surfaced on the Indian certification authority BIS last month. The handset was expected to be an entry-level offering replacing Realme 3i at the time. But, looking at the specs now, the Realme 5s could be an affordable smartphone – bridging the gap between the Realme 5 and Realme 5 Pro.

The Realme 5 has been priced in India at Rs 9,999 for the base variant. This goes up to Rs 11,999 for the phone’s top-end variant. The handset also packs quad-camera setup, however, with a 12-megapixel primary sensor. This is paired with an 8-megapixel secondary sensor with a 119-degree field-of-view wide-angle lens + 2-megapixel depth-sensing telephoto lens + 2-megapixel Super Macro lens. The offering is powered by Snapdragon 665 SoC, houses a 5,000mAh battery, a 6.5-inch HD+ display, and 13-megapixel front camera sensor.

The Realme 5 Pro, on the other hand, starts at Rs 13,999 and ships with a 48-megapixel Sony IMX586 quad-camera setup instead of 16-megapixel. The handset employs Snapdragon 712 mobile platform, a 6.3-inch Full-HD+ display, 16-megapixel front camera sensor, and a 4,035mAh battery with 20W VOOC 3.0 fast-charging support.