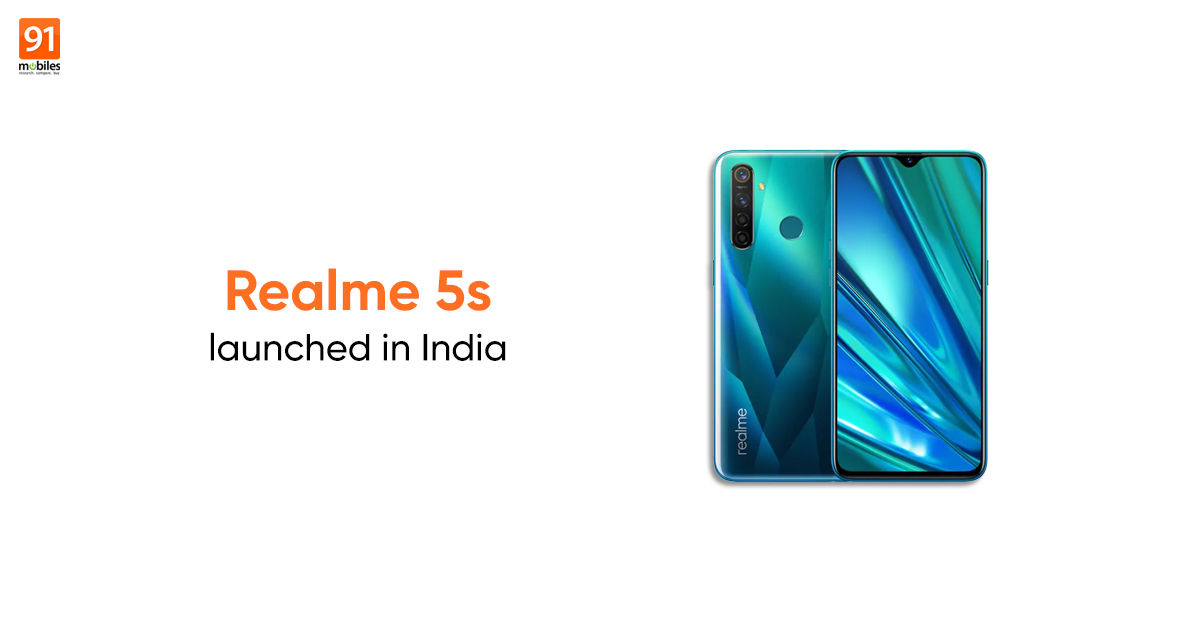 “The Realme 5s, price in India starting at Rs 9,999, will be on sale from November 29th on Flipkart and Realme.com”

Realme has launched a new affordable offering, the Realme 5s, in India. The handset is the third model in the Realme 5 series, after the Realme 5 and 5 Pro. The Realme 5s packs almost the same specifications as the budget offering Realme 5, save for the cameras. In the imaging department, the Realme 5s rocks 48-megapixel quad-rear camera setup instead of 12-megapixel quad rear cameras. The phone also has a new Crystal Red colour with Nano Holographic design, 5,000mAh battery, and 13-megapixel selfie camera.

The Realme 5s price in India is set at Rs 9,999 for the base 4GB RAM and 64GB storage variant. The phone’s 4GB RAM and 128GB storage option cost Rs 10,999. The Realme 5s goes on sale across the country starting from 12pm on November 29th only via Flipkart, Realme’s e-store, and offline stores. Buyers can choose Crystal Blue, Crystal Purple, and Crystal Red hues.

As for the specifications, the Realme 5s ships with 6.51-inch HD+ (720 x 1,600 pixels) display that bears a waterdrop notch atop for selfie cameras. The phone is powered by Qualcomm’s 14nm Snapdragon 665 octa-core SoC, which is paired with Adreno 610 GPU and clocked at 2.2GHz. The handset employs 4GB RAM as standard and up to 128GB onboard storage, which is further expandable up to 256GB using a microSD card. Software-wise, the Realme 5s boots ColorOS 6 atop the Android 9 Pie out of the box.

The handset is driven by a beefy 5,000mAh battery, which is backed by 10W charging support. Apart from this, the Realme 5s sports a rear-mounted fingerprint scanner, diamond-cut design, and standard connectivity options.