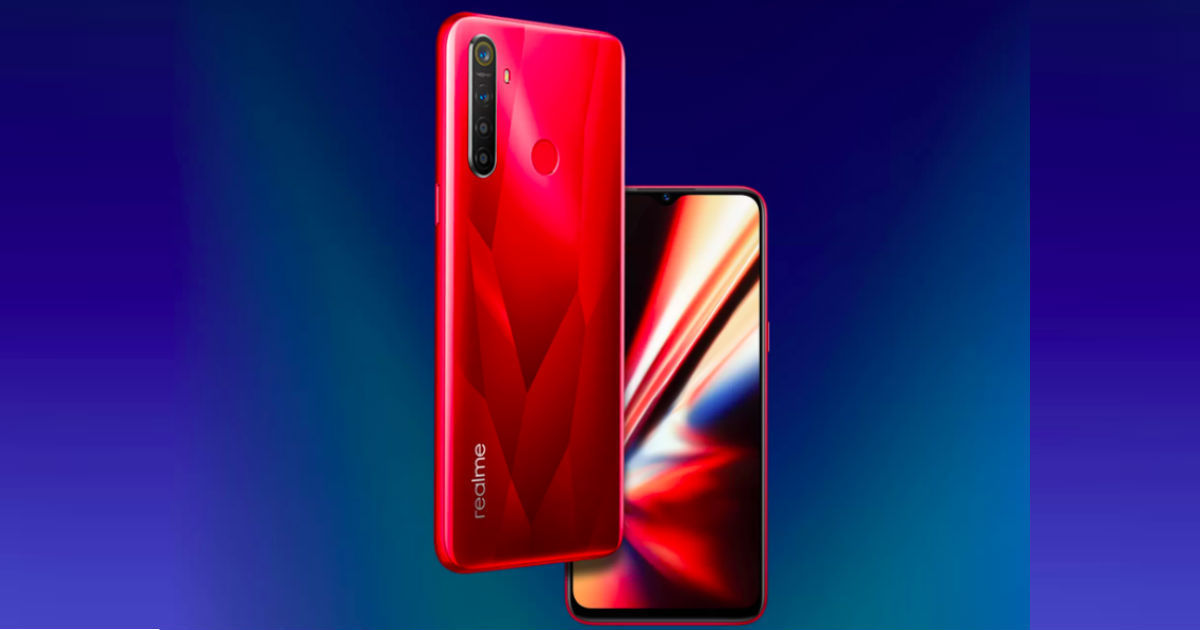 Realme 5s India launch is scheduled for November 20th, alongside the Realme X2 Pro flagship. The handset’s listing is already on Flipkart, which has revealed several key Realme 5s specifications, including the Snapdragon 665 SoC, 5,000mAh battery, and quad-camera setup with 48MP primary sensor. Now, just a day before the launch, the handset has appeared on Geekbench with model number RMX1925. The handset managed to score 314 points in the single-core test and 1386 points in multi-core, which is not out of the ordinary for a budget offering. The Geekbench listing reveals the Realme 5s would pack 4GB RAM, will be powered by the 1.8GHz octa-core processor, and run Android 9.0 Pie software.

While we don’t know all the Realme 5s specifications, it is confirmed to sport a 6.51-inch HD+ display with waterdrop notch to accommodate the selfie snapper. It will be powered by the Snapdragon 665 SoC, similar to the Redmi Note 8. The quad-camera setup is expected to be similar to the original Realme 5 — an 8-megapixel secondary sensor, 2-megapixel depth-sensing telephoto lens, and 2-megapixel Super Macro lens. On the front, it is likely to rock a 16MP or 32MP snapper for selfies and video chats. The Realme 5s will come in a new Red colour variant, but there could also be Crystal Blue and Crystal Purple colours.

While it’s not confirmed, the Realme 5s is expected to be priced at Rs 8,999 in India and looks to take on the Redmi Note 8 which also has similar specifications but with a full-HD+ display and a smaller 4,000mAh battery. Since the launch is just a day away, we won’t have to wait long to know more details.