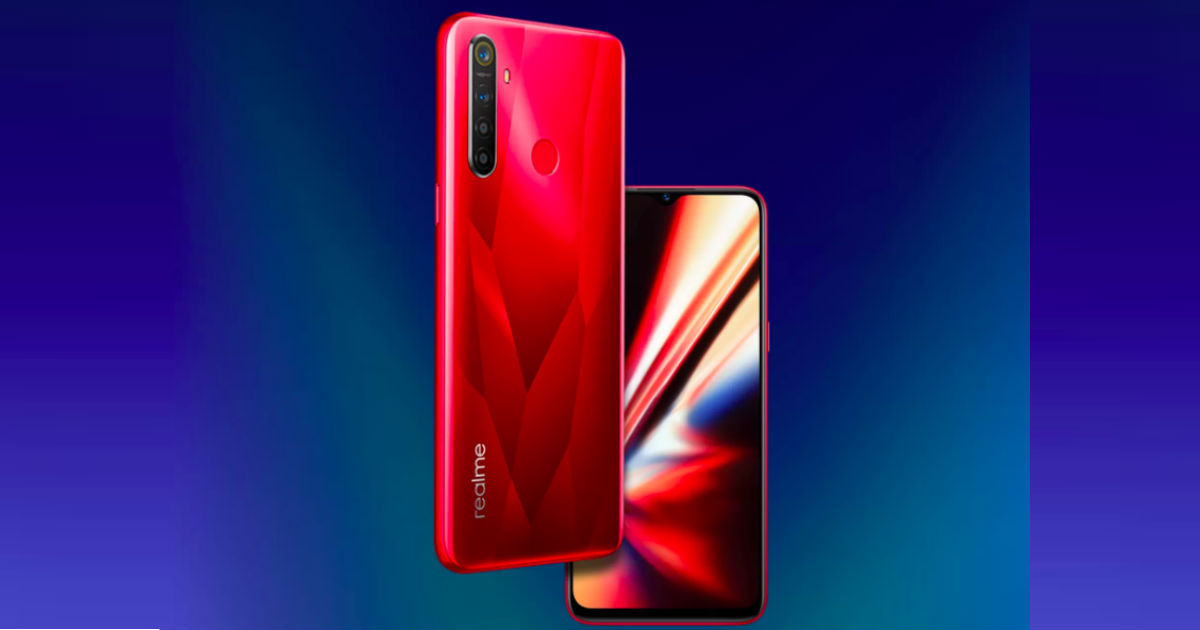 Realme is continuing to reveal the specifications of its upcoming affordable smartphone Realme 5s, ahead of its November 20th India launch. After the camera, battery, and display, the vendor has confirmed the handset’s chipset. The Realme 5s will rock Snapdragon 665 SoC, which is the same chipset that powers its sibling, the Realme 5, as well. The phone’s Flipkart listing was updated with this piece of information. While the image (in the desktop) shows the Qualcomm’s unannounced Snapdragon 655 SoC, which is certainly a mistake as the video embedded on the same page and Flipkart’s mobile app both show the handset to feature Snapdragon 665 mobile platform.

The Realme 5s is now confirmed to be the affordable offering from the brand. The handset will certainly bridge the gap between the previously launched Realme 5 and Realme 5 Pro smartphones in India. Additionally, the Realme 5s will sport a diamond-cut design, 6.51-inch HD+ display with dewdrop notch atop, and 48-megapixel quad rear cameras. The setup is expected to be the same as the other Realme 5 series smartphones, which ship with an 8-megapixel secondary sensor, 2-megapixel depth-sensing telephoto lens, and 2-megapixel Super Macro lens.

The selfie camera of the phone is not confirmed yet, but it’s most likely be a 32-megapixel shooter. Fueling the Realme 5s will be a beefy 5,000mAh battery, while Android 9 Pie-based ColorOS is expected to take care of its software side of things. As for the Realme 5s price in India, it could be around Rs 12,000 for the base variant. The handset could be available in as many as three colour options: red, purple, and blue. Lastly, it’ll be up for grabs only on the e-commerce platform Flipkart across the country.

Apart from Realme 5s, the company is also slated to launch its flagship the Realme X2 Pro at the event. One can also expect a few Realme accessories, including the global launch of its fitness band.