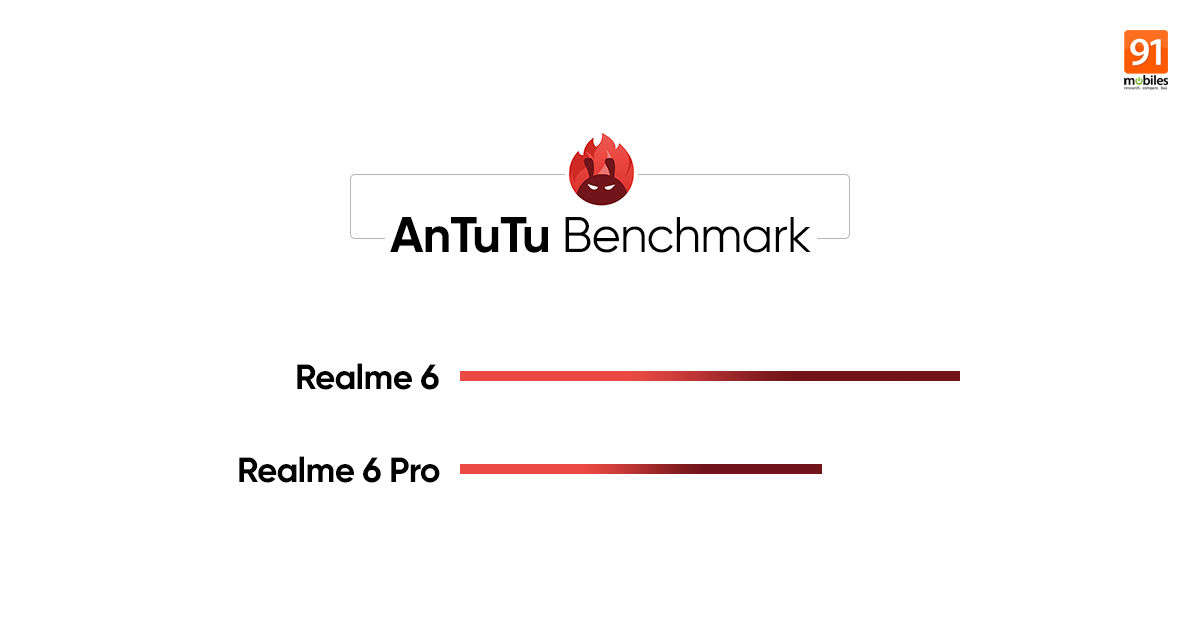 Realme 6 and Realme 6 Pro smartphones have been launched in India in India touting powerful processors. While the Realme 6 Pro ships with the Qualcomm Snapdragon 720G SoC, the vanilla Realme 6 is powered by MediaTek Helio G90T. During the launch event, the company revealed the AnTuTu scores of the two smartphones. Interestingly, the Realme 6, which is the more affordable of the two phone with a starting price of Rs 12,999, scores higher than the Realme 6 Pro on AnTuTu.

Realme 6 AnTuTu score as presented on stage is 291,216, which is more than the Snapdragon 720G-powered Realme 6 Pro, which scores 280,681 points. Though being a Pro in terms of cameras and build quality, the Realme 6 Pro is lagging behind the standard Realme 6 in terms of performance, as suggested by the AnTuTu scores. That being said, both the Helio G90T and Snapdragon 720G are known for being impressive mid-range gaming processors and the AnTuTu scores are not indicative of real-world performance. The Realme 6 Pro should deliver an equally fast and smooth performance as the Realme 6, the latter of which has been reviewed by 91mobiles.

Realme 6 first sale will take place on March 11th at 12pm while the Realme 6 Pro will go on sale in India for the first time on March 13th at 12pm. The smartphones will be available via Amazon India and Realme.com.