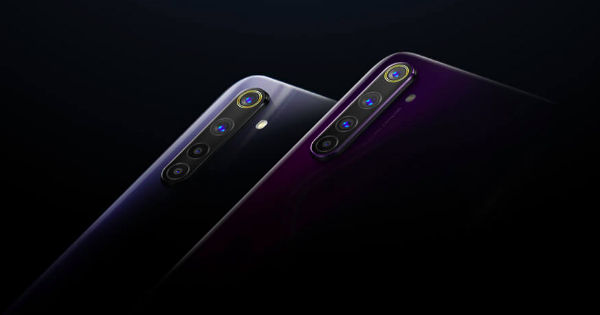 “Realme 6 Pro will launch in India on March 5th with a Snapdragon 720G processor, as previously reported by 91mobiles“

Realme 6 and Realme 6 Pro will launch in India on March 5th with a 90Hz display, punch-hole selfie camera and 64MP AI quad camera setup. While this much has been revealed by the company itself, there is much that is still unknown as far specifications go such as the processors powering the Realme 6 phones. The Realme 6 Pro with with model number RMX2061 has surfaced on the Geekbench platform, revealing some key details. The smartphone managed to score 571 in single-core and 1,676 in the multiple-core test. The listing also reveals some Realme 6 Pro specifications like 8GB RAM, Android 10 software and a 1.8GHz processor. While the chipset’s name has not been revealed on Geekbench, 91mobiles exclusively reported that the Realme 6 Pro will launch with a Snapdragon 720G SoC.

As for the vanilla Realme 6, the smartphone is tipped to launch with a MediaTek Helio G90 SoC by a certification site, single punch-hole cutout, possibly a full HD+ panel. It is likely to include a depth sensor in place of a telephoto lens. Both the phones run on Android 10 with Realme UI 1.0 custom skin and have a rear-mounted fingerprint sensor for security. With the launch just a few days away, we should know the pricing and complete specifications of the Realme 6 and Realme 6 Pro then.