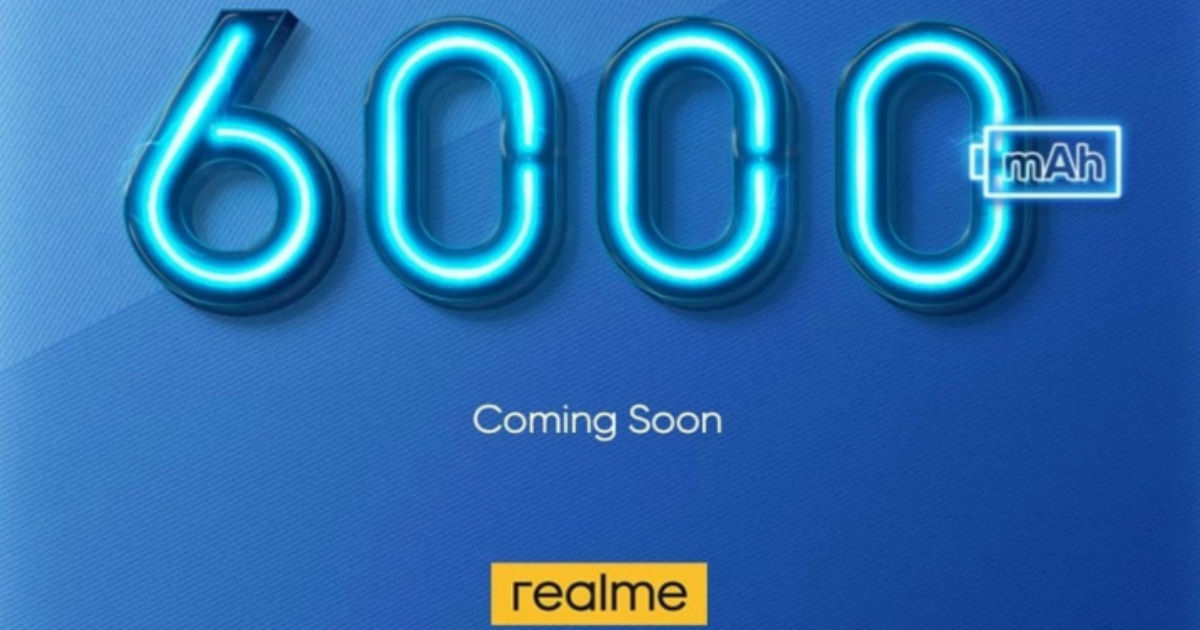 Realme is working on a phone with a massive 6,000mAh battery, as confirmed by the company’s Indonesia Marketing Director. This is the first phone from the brand to come with such a beefy battery. The executive further added, “We always listen to you guys and put your feedback as our top priority. Many fans ask for a really big battery, and here it is now!” However, neither the name nor the launch time for the Realme 6,000mAh battery phone hasn’t been revealed yet. Nonetheless, we hope it finds its way to the Indian market sometime later this year. It should be noted that 6,000mAh is the highest battery capacity on a smartphone right now and is seen only a handful of smartphones.

We hear you, realme Fans! Super excited to announce our latest trendsetting technology, 6000mAh battery! As Favoritnya Anak Muda, we always listen to you guys, and put your feedback as our top priority. Many fans ask for a really big battery, and here it is now! Another trendsetting technology breakthrough from realme, we have been fully prepared to announce a 6000mAh battery smartphone for the first time very soon. Can you guess which product series that will come with 6000mAh battery? Stay tuned on @realmeIndonesia for more exciting news. #TrendsettingTechnology #FavoritnyaAnakMuda #DareToLeap

A mysterious Realme phone with a 6,000mAh battery was spotted on TUV certification back in May. The battery had model number BLP792 and this may have fast charging support as well. Unfortunately, not much else is known about the phone or the series at the moment, but we’re hoping to learn more soon.

Separately, the Realme 10,000mAh 30W Dart Charge power bank will be launching in India on July 14th alongside the Realme C11 and Realme 6i smartphones. It is listed on Realme India website and claims to take just 1 hour 30 minutes to fully charge and can power up Realme 6’s 4,300mAh battery up to 65 minutes in just 30 minutes. It supports VOOC, Dart, QC, PD and more. There’s a low-power mode to charge IoT products. We expect the price to be between Rs 2,000 to Rs 2,500 in India.