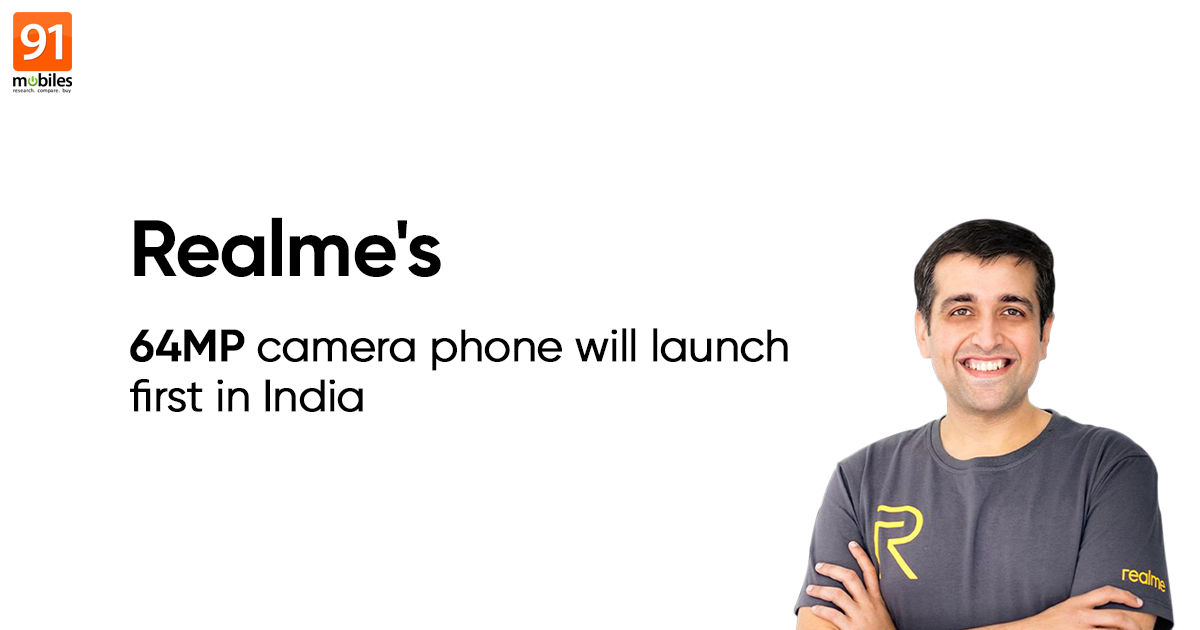 “Apart from the rumoured 64MP phones from Samsung and Xiaomi, Realme is also working on a similar smartphone”

A few reports in the past have suggested that the Samsung Galaxy A70S and Xiaomi Mi MIX 4 will be among the first smartphones to flaunt a 64MP Samsung Bright GW1 sensor. While none of these brands have confirmed the existence of such a phone from them, Realme has just announced that it is working on a device with a 64MP primary camera. Moreover, it will be launched in India first, ahead of the brand’s home market China and other countries in which it operates.

Realme CEO Madhav Sheth has shared a photo captured from its 64MP primary camera-toting smartphone. Sheth has revealed that the brand’s phone will have the Samsung Bright GW1 sensor, which was unveiled last month. The smartphone will have a 1/1.72-inch sensor and mega 1.6µm pixel shooter that is touted to deliver “amazing clear shots in low light too.” Notably, the photo shared by the executive also confirmed that the phone will have four cameras at the rear.

It’s worth mentioning that Sheth has revealed that its 64MP camera phone will be launched in India first. Sadly, no other details of the smartphone have been shared by the company executive.

Talking about Samsung’s new Bright GW1 sensor, it offers the highest resolution so far for a smartphone camera. The sensor utilises pixel-merging Tetracell technology and remosaic algorithm to deliver 16Mp photos in low-light settings and 64MP images in brighter conditions. The new camera tech has Super PD, which is the brand’s high-performance phase detection autofocus technology. This camera is capable of offering real-time HDR of up to 100-decibels and full HD video recording at 480 frames-per-second for smooth cinematic slow-mo videos. The sensor is also equipped with a Dual Conversion Gain (DCG) that converts the received light into an electronic signal based on the illumination of the environment.

Realme is expected to reveal more details about its first 64MP primary camera-toting smartphone in the near future, so stay tuned to 91mobiles for regular updates.