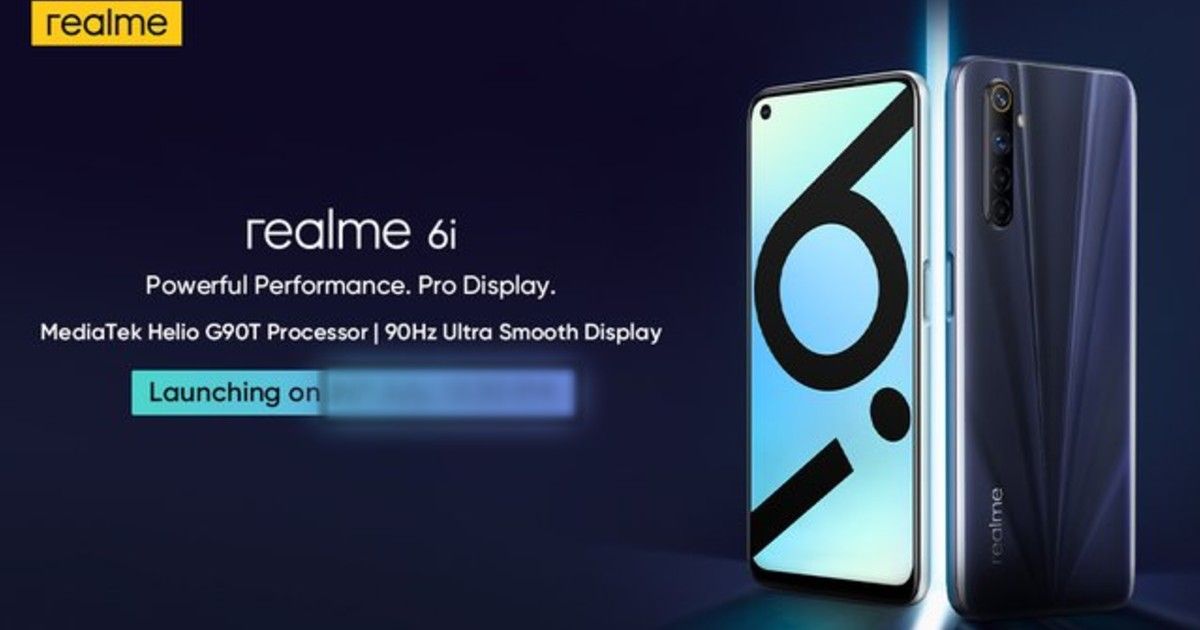 Realme 6i India launch has been confirmed by Realme’s CFO Madhav Sheth. The handset will be launched in the country on July 24th at 12:30 pm IST, Sheth tweeted via its official account on Twitter. He also confirmed that the Realme 6i’s chipset and display refresh rate. The handset will be powered by MediaTek Helio G90T SoC and 90Hz display, which are in line with previous leaks and rumours. The Realme 6i is expected to be a rebranded version of Realme 6s that was launched back in May. The phone is likely to be the cheapest 90Hz display phone in India. Currently, that tag belongs to its elder sibling Realme 6, which is retailing at Rs 14,999.

The Realme 6i will come clad in a gradient body with a side-mounted fingerprint scanner and punch-hole display. The display will tout 90Hz refresh rate and is likely to be 6.5-inch tall and bear FHD+ resolution. At the helm of the phone will lie MediaTek Helio G90T gaming-focused chipset coupled with 4GB RAM and 64GB UFS 2.1 storage that can be further expanded up to 256GB via a microSD card.

For photography, the Realme 6i will sport quad camera setup, which is expected to be headlined by a 48MP primary sensor with LED flash, EIS, an 8-megapixel wide-angle lens, a 2MP mono lens, and a 2MP 4cm macro lens. Up front, it may sport a 16MP shooter for selfie and video calling. The handset will allegedly run Android 10-based Realme UI out of the box and house a 4,300mAh battery with 30W fast charging support. It’ll sport a side-mounted fingerprint scanner for security and connectivity options such as 4G VoLTE, dual-band Wi-Fi, Bluetooth 5.1, GPS/GLONASS, NFC and USB Type-C.