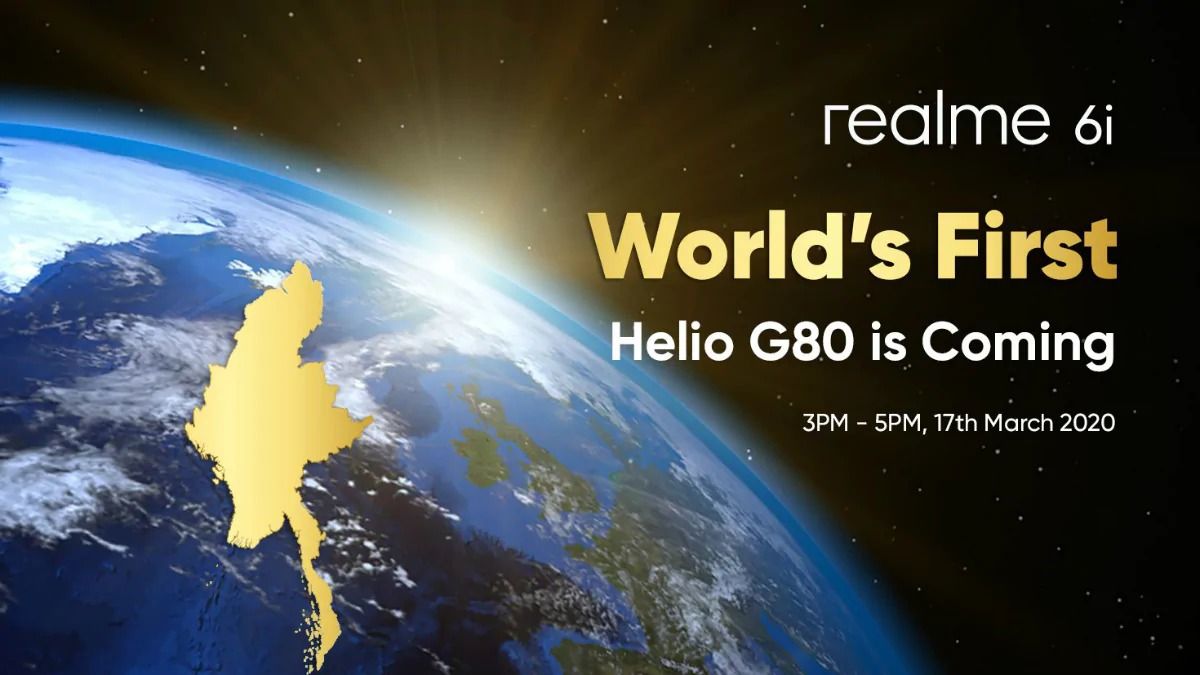 Realme recently launched the Realme 6 (review) and 6 Pro (review) smartphones in India. The brand is now gearing up for the launch of another device in the series, called the Realme 6i. Launching in Myanmar on March 17th, the successor to the Realme 5i will be the world’s first smartphone to be powered by the MediaTek Helio G80 SoC. The company has confirmed this and has teased several other Realme 6i specifications such as its 48MP quad cameras, 18W fast charging and 5,000mAh battery. Here’s another look at everything we know about the upcoming handset.

Under the hood, the Realme 6i will be equipped with the MediaTek Helio G80 chipset. The RAM and storage variants of the device are anyone’s guess. In the software department, we can safely expect Realme 6i to run the latest Android 10 OS, as the majority of its recently launched smartphones come with the same. As far as the battery is concerned, the Realme 6i will house a large 5,000mAh capacity, which will have provision for up to 18W fast charging.

Realme 6i price and availability details will be revealed on March 17th. Considering the the company launched the Realme 5i in India, we expect to see the Realme 6i to come to the Indian market in the near future as well.