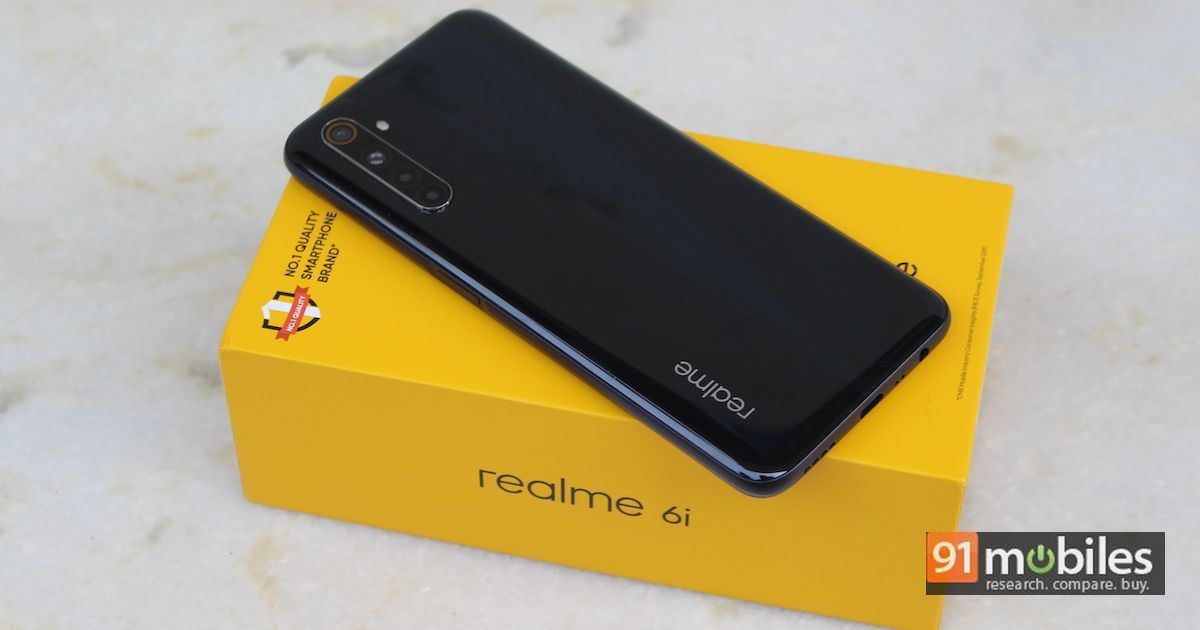 Realme’s affordable phones have done exceptionally well in India with devices like the Realme 3 Pro, Realme 5 Pro, Realme 5i and so on. These smartphones have managed to deliver a good balance between powerful hardware and affordable pricing. Earlier this year, the company launched the Realme 6 (review) and Realme 6 Pro (review), which are some of the best phones you can find between the Rs 10,000 to Rs 20,000 segment. Joining this series now is the Realme 6i, which has just been launched in India, priced starting at Rs 12,999.

The Realme 6i can be seen as a modified version of the Realme 6. It borrows a lot of the same design and specifications, some of which have been slightly downgraded in order to launch the phone at a lower price. While our Realme 6i review will be ready in a few days, we will unbox the phone and offer our initial thoughts about it right here. 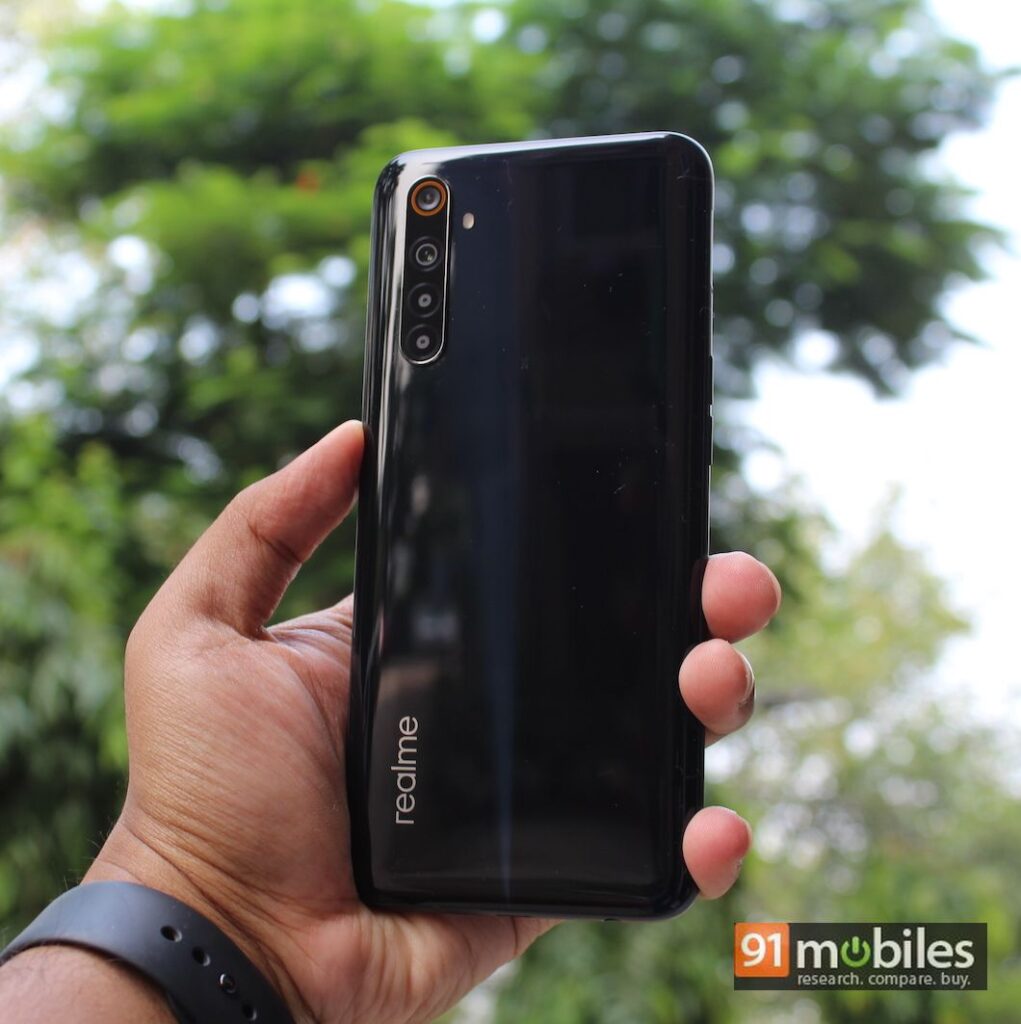 The Realme 6i comes in a familiar yellow box. Inside the box, you have the phone itself, some documentation, a clear silicone case, a Type-C cable, and a fast charging brick. Do note that while the Realme 6i supports 30W fast charging, you only get a 20W charger in the box.

The unit that we received was in the Eclipse Black colour option, which is a pure black shade on the rear panel that gives the phone a fairly classy and elegant look. The design of the Realme 6i is quite familiar as it gets a vertical camera setup at the back and a punch-hole cutout on the display, all of which looks similar to the Realme 6.

The Realme 6i gets a side fingerprint sensor, a 3.5mm headphone jack, a Type-C port and a single bottom-firing speaker grille. The handset also comes with a triple card slot that can support dual nano SIM cards and a microSD card.

On the front, the Realme 6i sports a 6.5-inch FHD+ (1,800 x 2,400) display with a 90Hz refresh rate. This is again similar to the Realme 6 and we appreciate the fact that high refresh rate displays are slowly making their way to the budget segment. The 90Hz display offers a smooth scrolling experience and we felt that in our initial usage. We will talk more about the display quality in our in-depth review. 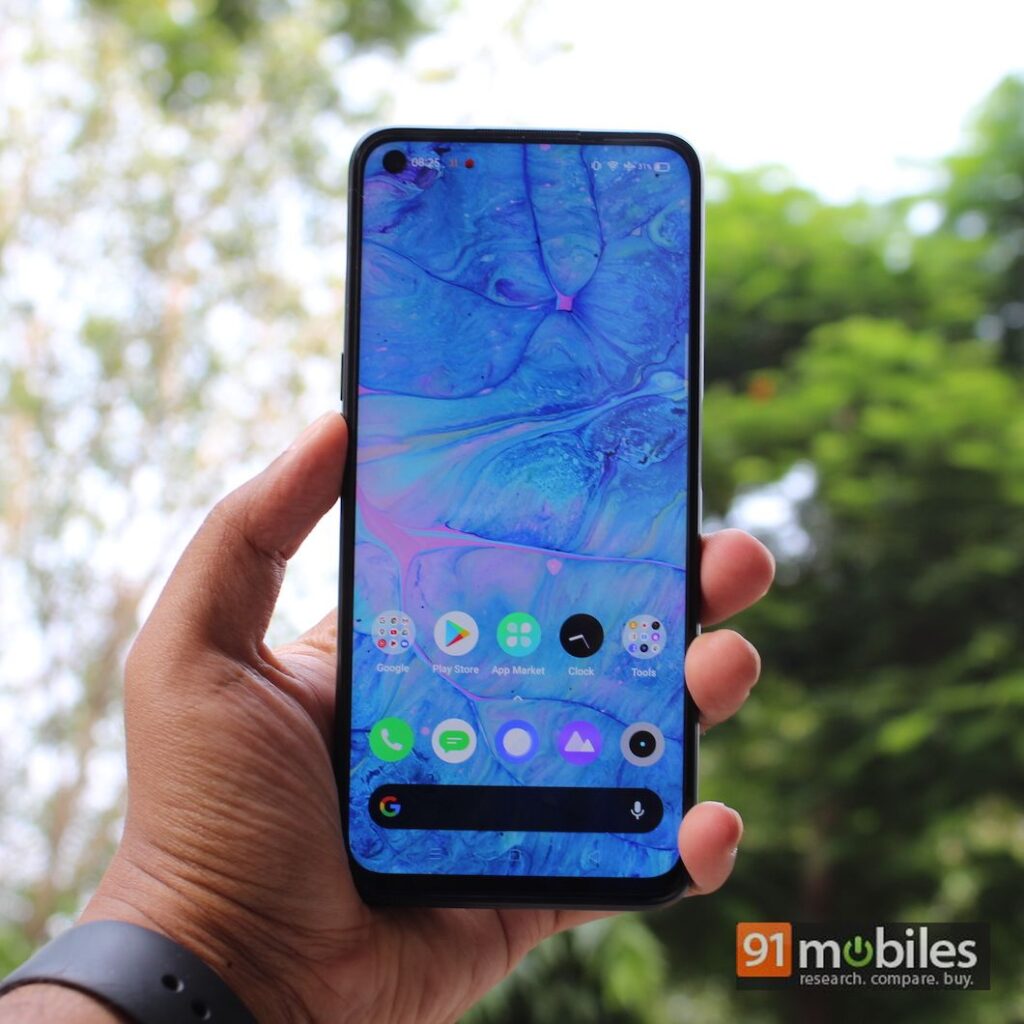 The Realme 6i is powered by the MediaTek Helio G90T chipset, which is the same processor powering the Realme 6 as well. This is a powerful gaming-centric chipset that should deliver a lag-free gaming and smooth day-to-day experience. This is paired with up to 6GB of RAM on the Realme 6i. We are yet to test the phone’s gaming performance extensively and we will have more to say in our full review.

Cameras on the Realme 6i have been slightly downgraded compared to the Realme 6. While the latter offered a 64MP quad camera system, the Realme 6i comes with a 48MP f/1.8 primary camera. This is paired with an 8MP wide-angle lens (119-degree), a 2MP B&W portrait lens, and a 2MP macro lens (4cm). Up front, the phone gets a 16MP selfie camera, integrated into the punch hole on the corner. Camera features include Super Nightscape, Ultra 48MP mode, Chroma Boost, 4K video at 30fps, and selfie portrait mode, among other things. 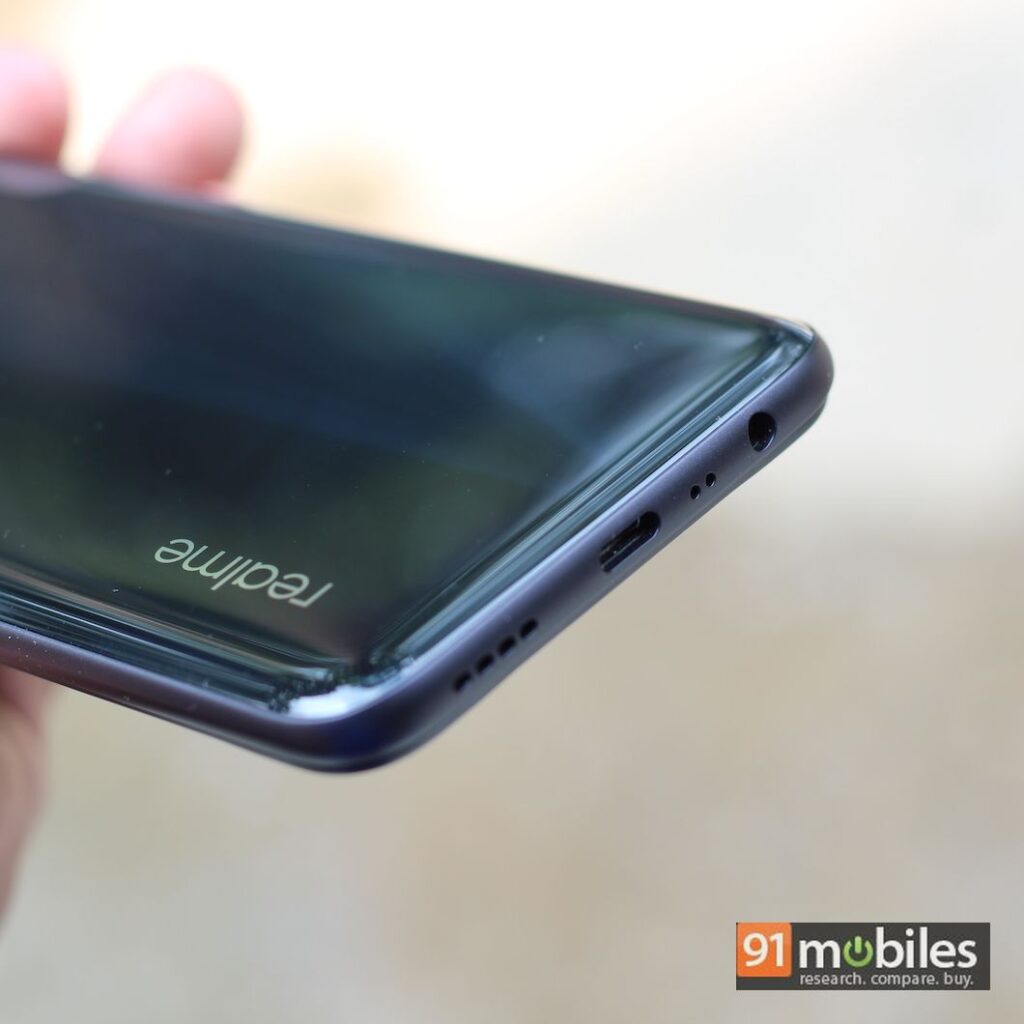 The Realme 6i houses a 4,300mAh battery much like the Realme 6, so it should deliver full-day usage on a single charge, but we can only know for sure after using the phone extensively for a few days. Unfortunately, the phone comes with a 20W charger in the box even though it supports 30W charging speeds, which is perhaps a cost-cutting move from Realme.