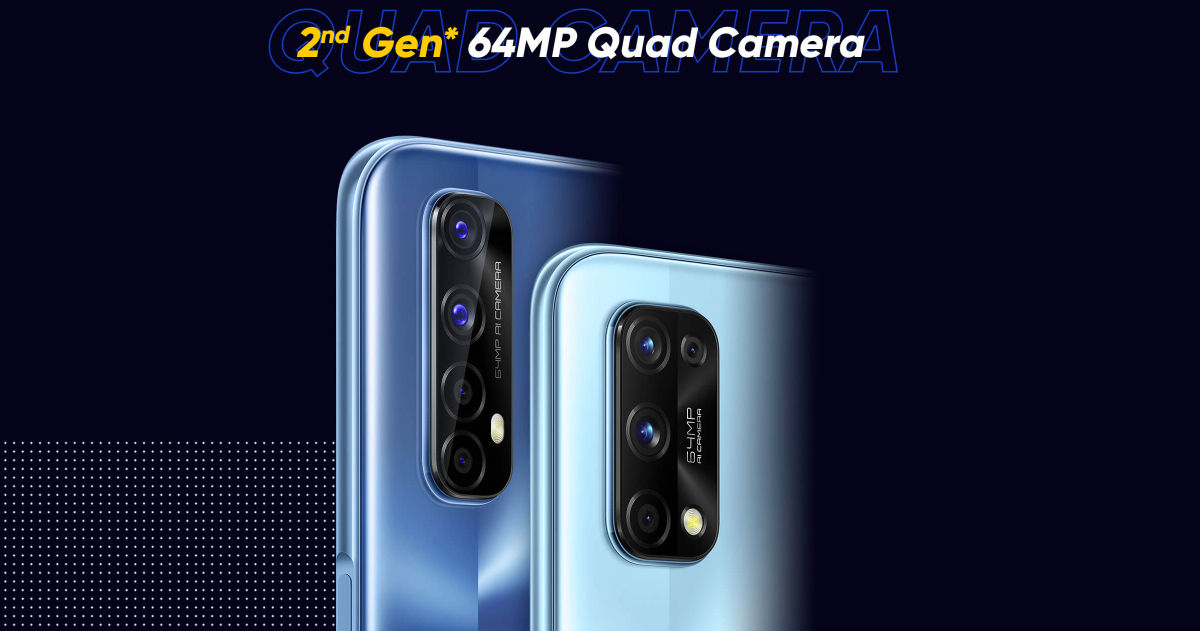 Realme 7 and Realme 7 Pro are confirmed to launch with 64MP quad cameras, the company revealed in a new teaser on Friday. The Realme 7 series is set to launch in India on September 3rd the phones will succeed the Realme 6 series from earlier this year. The Realme 7 and 7 Pro are already confirmed to ship with 65W fast-charging and a punch-hole design. Now, new teaser posters on the Realme website reveal the phones will ship with quad cameras with a 64MP Sony sensor (f/1.8 aperture and a sensor size of 1/1.73). The camera system will also include a wide-angle lens with a 119-degree field of view, a 4cm macro lens, and a portrait lens.

Realme 7 and 7 Pro will ship with Pro Night mode for better low-light shots. The teaser poster also reveals the standard Realme 7 may ship with a side-mounted fingerprint sensor for security. However, the Pro variant biometrics aren’t revealed just yet. While the Realme 7 has a vertically arranged setup, the Pro model has a rectangular setup. The phones will come in at least Blue colour hue. Unfortunately, not much else is revealed about their hardware just yet, but we hope to come across more teasers leading up to the launch.

While Realme hasn’t announced the sale date just yet, it announced Realme 7 and 7 Pro Blind order sale and that is valid until September 2nd. Interested users can pay Rs 1,000 during this period and remaining balance between September 3rd and 15th. Realme is offering Rs 100 off coupon on ordering the standard Realme 7 and this is valid on AIoT products. While it is giving up to Rs 1,000 random discount for Realme 7 Pro buyers.