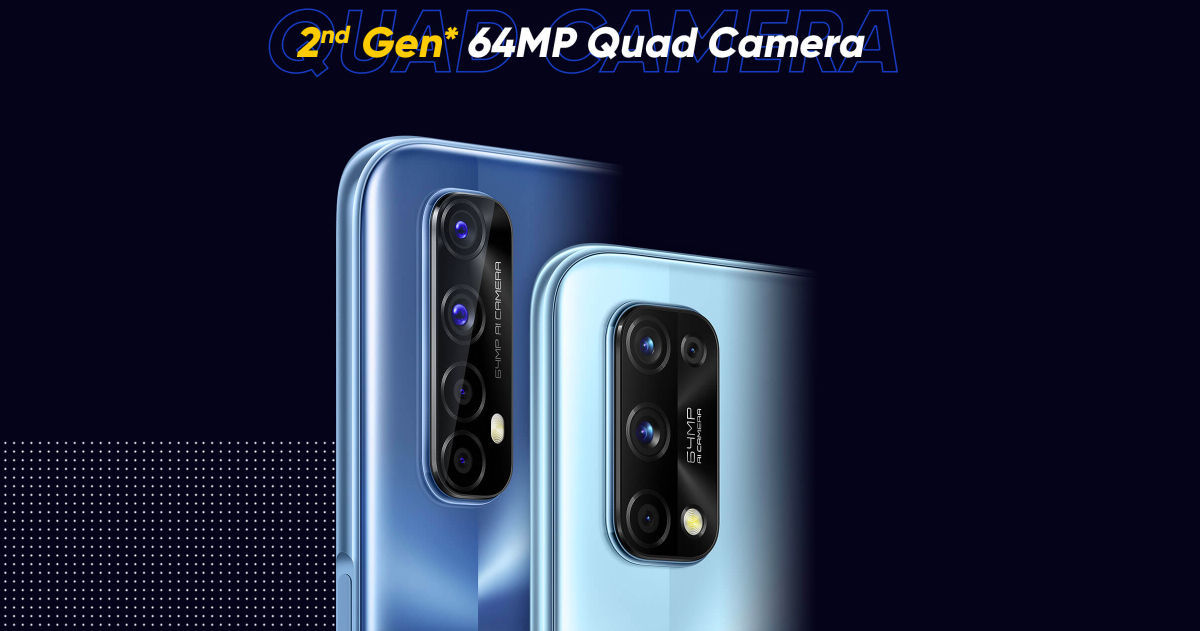 Realme 7 and Realme 7 Pro are set to launch in India today at 12:30 PM IST. The smartphones will be succeeding the Realme 6 and 6 Pro phones from earlier this year. The Realme 7 series will go on sale on Flipkart following the launch today and the event will be streamed via YouTube. The company has teased some features about the upcoming smartphones, including up to 65W fast charging support, 64MP quad cameras, and the “world’s first processor”. Here’s a look at how you can watch the livestream and expected price and specifications of the Realme 7 and 7 Pro.

Also read: Realme V3 launched as the cheapest 5G phone from the brand yet

The Realme 7 series launch event will begin at 12:30 PM IST and will be live-streamed via the company’s official social media channels. You can watch the livestream on YouTube or click on the video embedded below.

The Realme 7 and 7 Pro are expected to replace the Realme 6 and 6 Pro smartphones in the sub-Rs 20,000 segment. While the official India prices will be revealed during the launch, we speculate that the Realme 7 price will be around Rs 15,000, while the Realme 7 Pro will fall just under Rs 20,000.

From what we know so far, the Realme 7 and 7 Pro will launch with an FHD+ punch-hole display. It is unclear whether both the phones will be getting a high refresh rate display, but we can expect an AMOLED panel being used this time around. The Realme 7 and 7 Pro will tout mid-range chipsets that are yet to be revealed. Realme claims it is launching a “world’s first” processor.

The Realme 7 series will highlight 65W fast charging support, most likely supported on the Pro model only. The phones are also confirmed to launch with 64MP quad cameras using the 2nd gen Sony sensor.