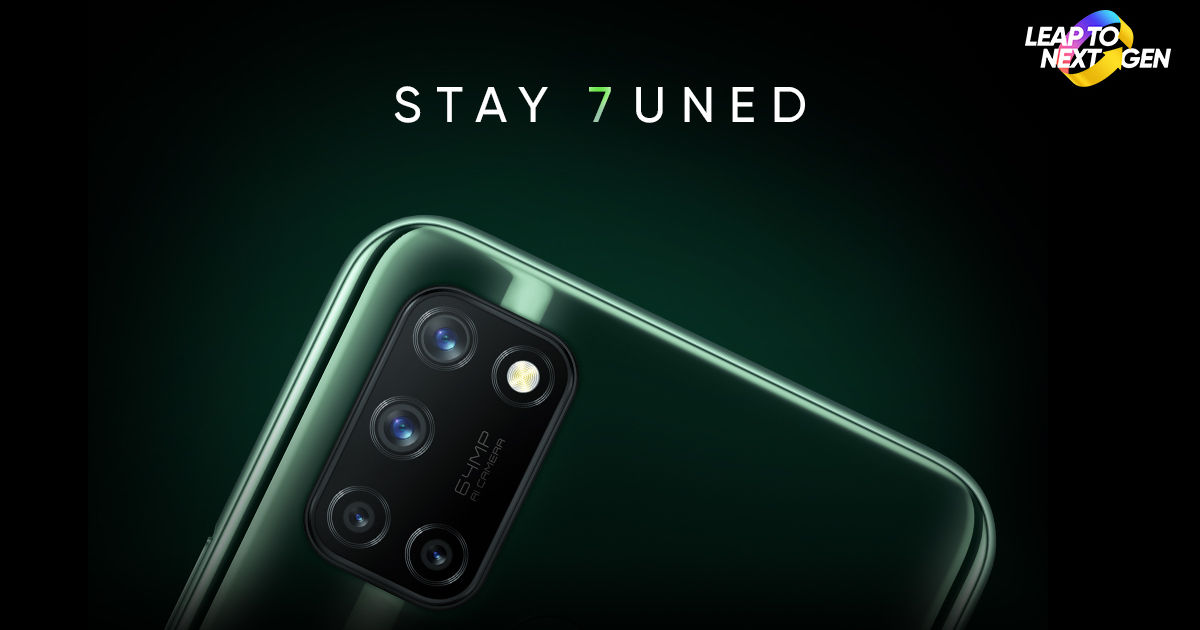 Realme 7 and 7 Pro were launched in India not too long ago and it seems there might be another phone joining the series soon. Realme India CEO Madhav Sheth has officially teased the launch of yet another Realme 7-series phone, and tipster Mukul Sharma has revealed what the name of this phone will be. On Friday, the tipster mentioned that the Realme 7 Pro SE India launch was imminent. The Realme 7 Pro SE launch is expected in October and the official teaser by Sheth suggests the phone will be a rebranded Realme 7i, which was launched in Indonesia last week. The Realme 7 Pro SE teaser shows a 64MP quad-camera setup and the Aurora Green colourway similar to the Realme 7i. Moreover, the tipster also spotted the Realme 7i name appear on the Realme India support page. 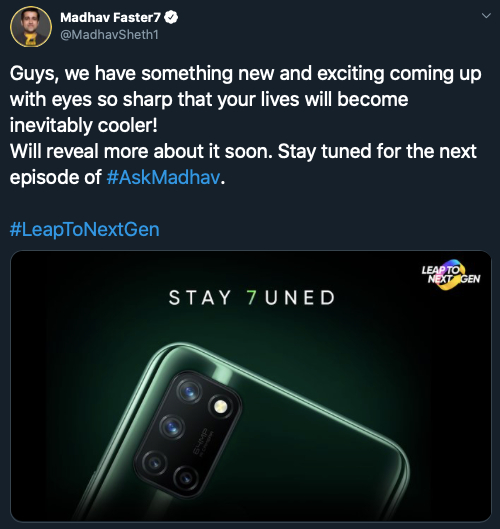 Besides, the Realme 7 Pro SE, the tipster also claims the brand will launch a plethora of IoT products in India next month including the Realme Buds Wireless Pro, the 55-inch 4K smart TV that was teased yesterday, a Realme Soundbar, Realme Buds Air Pro, and Realme Watch S. The last two were teased at the IFA event earlier this month. The company is also said to launch Smart Plugs, Toothbrush, probably a version of its M1 Sonic Electric Toothbrush and a 360-degree smart camera. 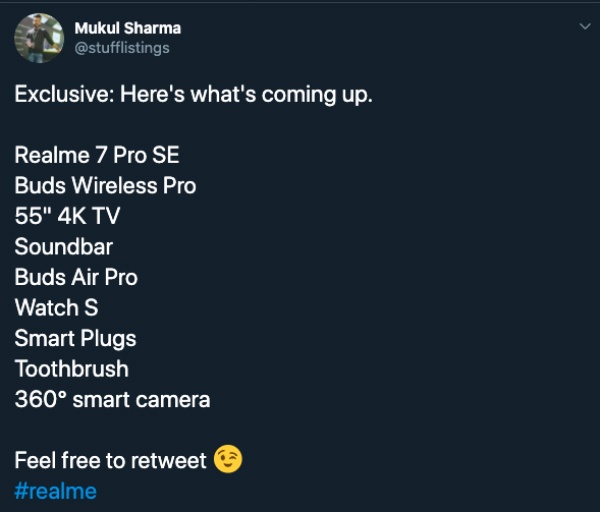 As for the upcoming Realme 7 Pro SE or Realme 7i, whatever name the company decides to go with, we can speculate some specifications. To recall, the Realme 7i was launched with a 6.5-inch FHD+ 90Hz display, a 64MP quad-camera setup, a 5,000mAh battery with 18W fast charging support, and 8GB RAM.