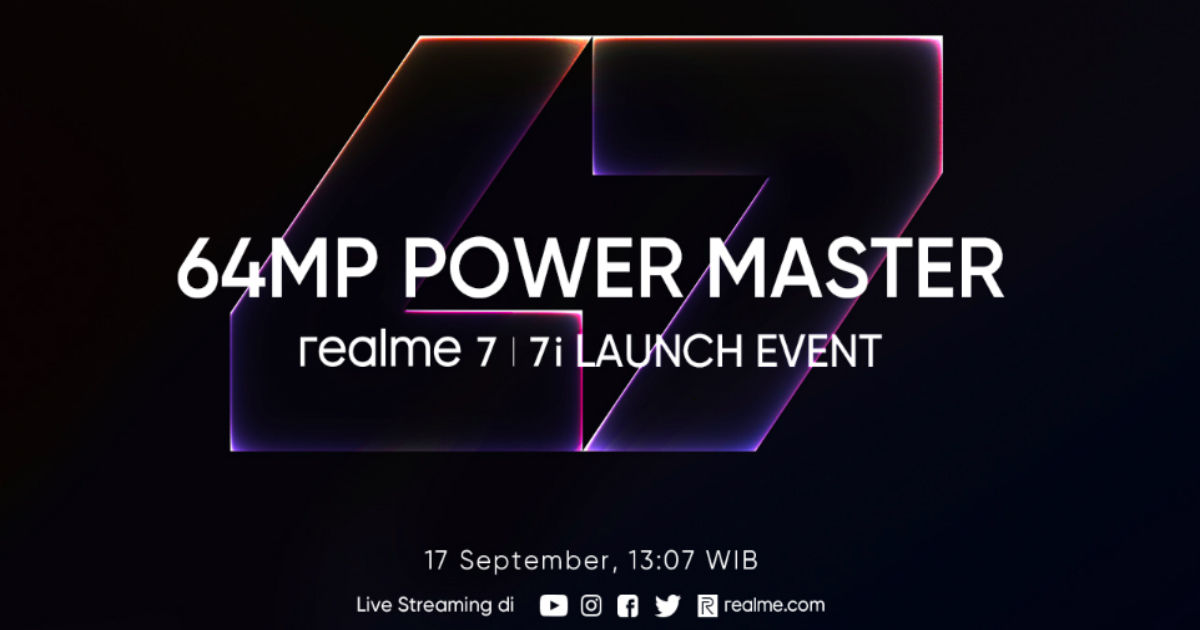 After launching Realme 7 and Realme 7 Pro in India last week, the brand is gearing up to unveil the former alongside the new Realme 7i in Indonesia on September 17th. The events page has already gone live on the company’s website. The Realme 7i should be a stripped-down variant of the Realme 7, much like the Realme 6i was a toned-down version of the Realme 6. Some leaked promotional posters of the Realme 7i have leaked online, revealing the entire design and key specifications of the device ahead of launch. 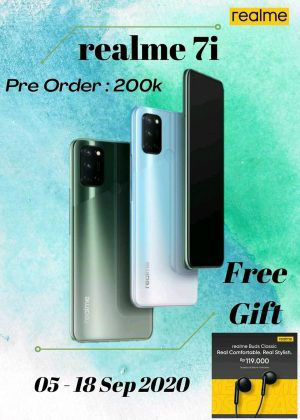 Realme 7i has a quad-camera setup at the back arranged in a rectangular module along with gradient design, Realme logo, and what looks like a physical fingerprint sensor for security. The volume rocker and power button are on the right spine. On the front, it has a punch-hole cutout at the top-left corner for the selfie snapper and narrow bezels. The phone may have a polycarbonate build similar to Realme 7. 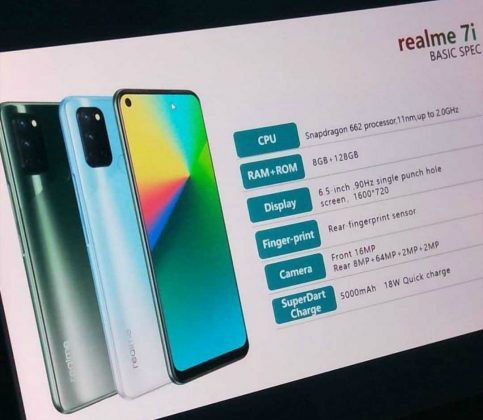 According to the leaked posters, the Realme 7i will be powered by the Snapdragon 662 SoC coupled with 8GB RAM and 128GB storage. It sports a 6.5-inch HD+ display with 1,600 X 720 pixels resolution and a 90Hz refresh rate. Moving to optics, the Realme 7i has a quad-camera setup with a 64MP primary sensor, an 8MP secondary lens, and a couple of 2MP sensors. For selfies and video chats, it will have a 16MP snapper on the front. Lastly, the Realme 7i packs a 5,000mAh battery with 18W fast-charging support. While it’s not revealed, the phone is likely to boot Android 10 OS with Realme UI custom skin on top.

Realme 7i is currently up for pre-orders at 200,000 Indonesian Rupiah (around Rs 1,000) token amount. Those pre-ordering the phone until September 18th will get Realme Buds Classic as an exclusive gift. The official Realme 7i price will be announced during the launch on September 17th.