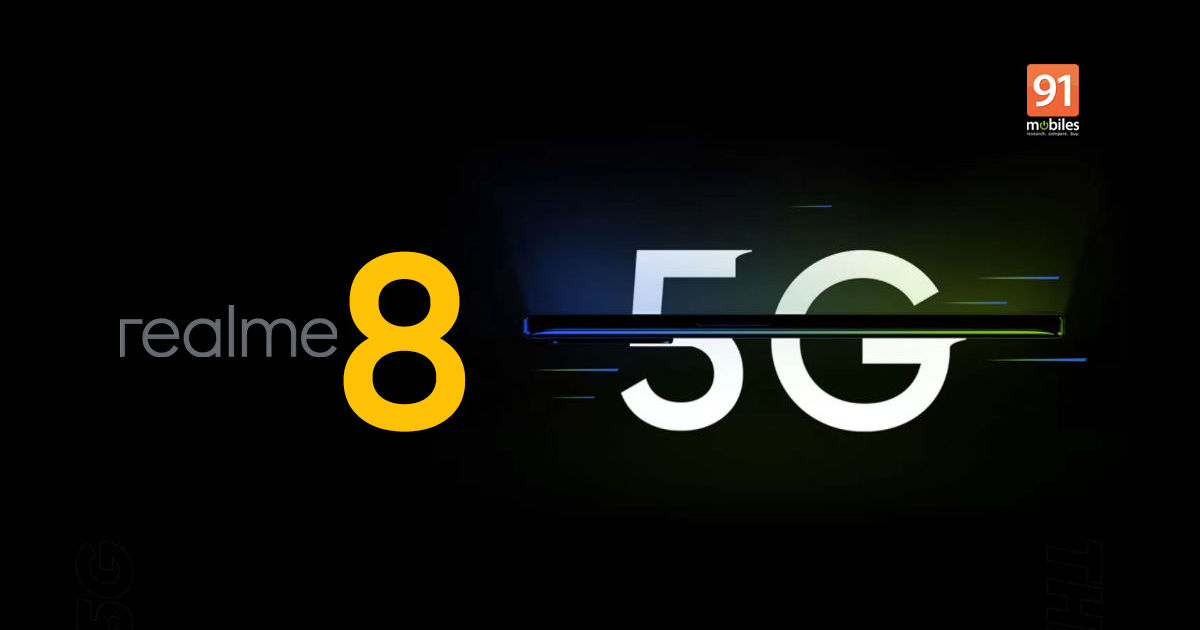 Realme 8 5G India launch has been officially teased. The company announced that it will be the first to launch a smartphone in India powered by the all-new MediaTek Dimensity 700 5G chipset. Based on a previous Geekbench listing, this phone is the Realme 8 5G. The launch has also been teased on Flipkart, which will be the official e-commerce platform for the upcoming 5G phone. In addition to the MediaTek Dimensity 700 chipset, Realme 8 5G specifications will also include 8GB RAM, Android 11, and an FHD+ display. The smartphone could also be the cheapest 5G phone in India yet as it is expected to be priced lower than the Realme Narzo 30 Pro.

We are pioneers of presenting Trendsetting Tech in the industry & @MediaTekIndia has been a partner in achieving a lot of these milestones.
We are back again with another ‘1st’ as we become the 1st brand in India to offer the MediaTek Dimensity 700 5G Processor in our smartphone. pic.twitter.com/zCuk7CgUzk

Realme 8 5G launch date in India has not been announced yet, but rumour has it that it could launch in India soon after its debut in Thailand on April 21st. The phone is also rumoured to launch alongside the Realme 8i, though the company is yet to confirm this.

Realme 8 5G specifications have shown up on Geekbench and Google Play Console, so we have some idea of what to expect. The Geekbench listing revealed that the phone will come with the MediaTek Dimensity 700 chipset, 8GB RAM, and Android 11. The Google Play Console listing, on the other hand, suggested the MediaTek Dimensity 800 SoC, but we now know that is not the case. The listing also revealed an FHD+ display, 8B RAM, and Android 11.

Meanwhile, official teaser images ahead of the phone’s launch in Thailand have revealed the design. The Realme 8 5G will look similar to the 4G variant, with a rectangular rear camera module. The phone may get a corner punch-hole camera as well, but the teaser images have not confirmed this yet. The device will launch in Supersonic Blue and Supersonic Black colour options in Thailand. That is all we know about the Realme 8 5G specifications at the moment.

Realme 8 5G first sale today: where to buy, price in India, and specifications