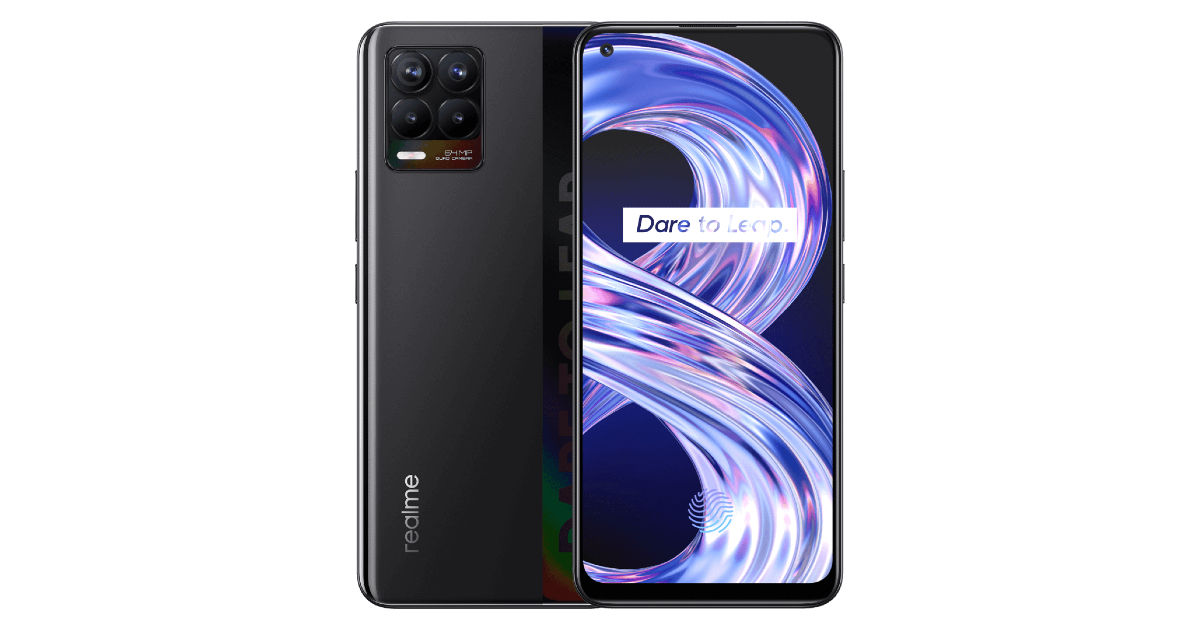 Realme 8 5G India launch is just a few weeks away, the company recently confirmed. Ahead of the launch, the smartphone has appeared on Geekbench, according to a report by MySmartPrice. The listing reveals key Realme 8 5G specifications, including the chipset, RAM, and software. Additionally, tipster Mukul Sharma spotted an official-looking promo video that reveals the Realme 8 5G’s design. The phone will seemingly look similar to the vanilla Realme 8, with a rectangular camera module and grey colour finish.

According to the Geekbench listing, the Realme 8 5G will be powered by the MediaTek Dimensity 700 5G processor. Previous rumours did suggest this, and it’s likely that Realme will take this route. The listing shows the RMX3241 variant with 8GB RAM, running Android 11 operating system. The device managed to score 570 points in the single-core test, and 1,766 in the multi-core test. 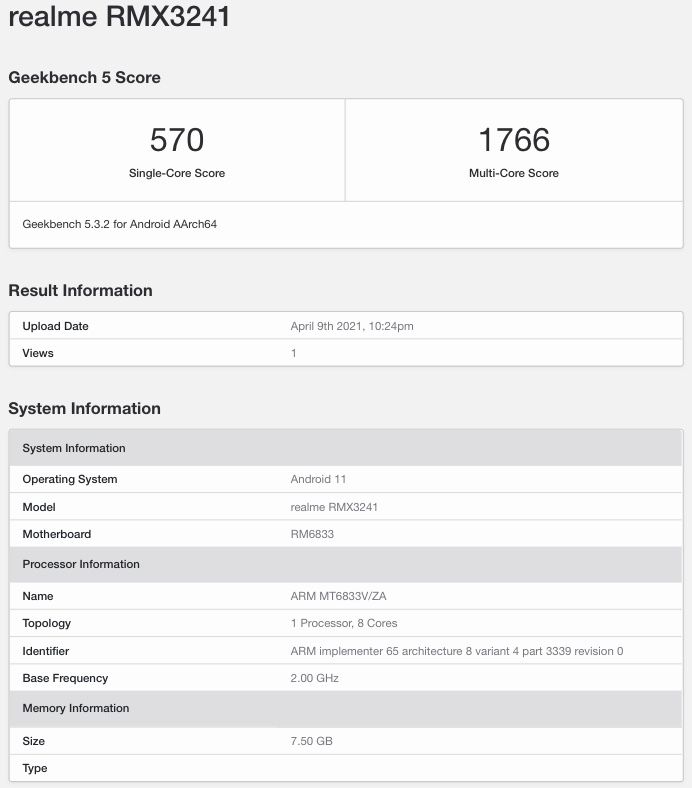 As per the promo video spotted by tipster Mukul Sharma, the Realme 8 5G will look similar to the 4G variant that launched in India. We only get to see the back of the phone, but the front should look identical to the 4G variant as well.

Previous reports (FCC documents) had also revealed that the 5G variant will feature a 5,000mAh battery similar to the standard Realme 8. We expect it to come with support for 30W fast charging or higher. The phone will reportedly get a side-mounted fingerprint scanner, dual-band Wi-Fi, NFC, and other connectivity features. We do not know much about the official launch date of the phone in India, but it is expected to happen on April 23rd.

The phone has also passed through the BIS certification website, which does hint at an imminent launch. Other specifications such as display, camera setup, etc still remain a mystery. However, if the launch is indeed around the corner, then we should get an official announcement from Realme in the coming days.