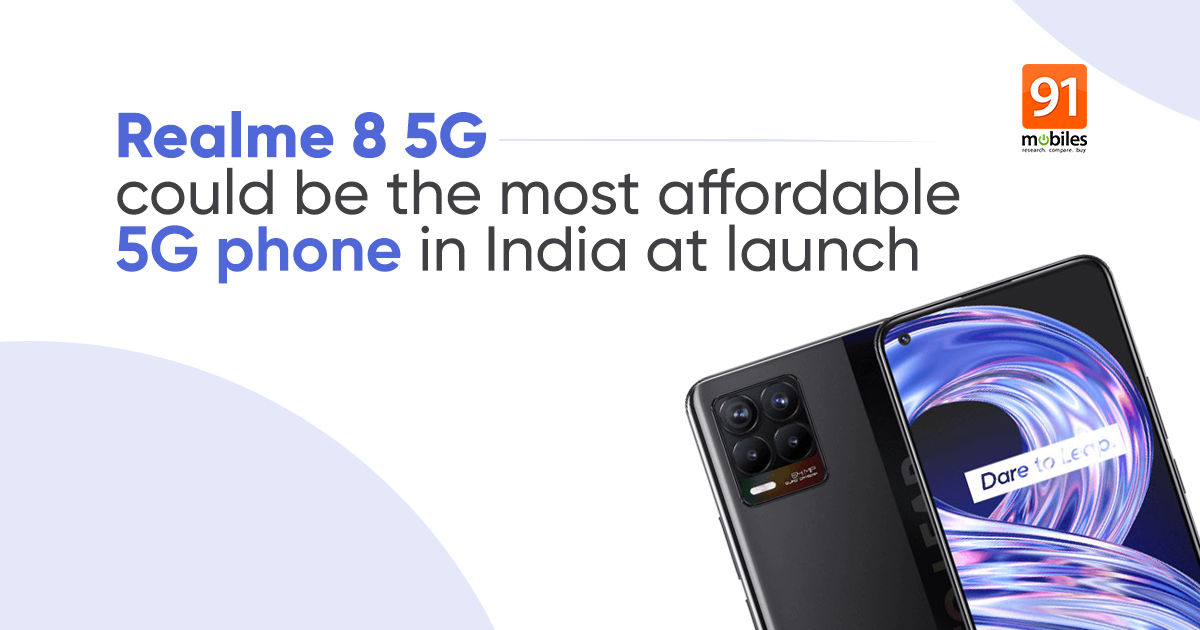 The FCC website reveals that the Realme 8 5G has a 5,000mAh battery. According to the listing, the phone runs on Realme UI 2.0 based on Android 11. The handset comes with dual-SIM support, SA 5G connectivity, dual-band Wi-Fi ac, Bluetooth, GPS with GLONASS and BDS, and NFC. It also reveals that the phone measures 162.5 x 74.8 x 8.5mm and weighs 185 grams.

The certification also has a 2D design of the Realme 8 5G. It shows that the phone will have a fingerprint scanner mounted to the right-hand side of the device and volume buttons to the left. The side fingerprint sensor also suggests the phone comes with an LCD panel.

Realme is yet to announce the Realme 8 5G launch date in India. However, considering that the phone has been certified through multiple platforms including India’s BIS, its launch seems to be imminent. The brand recently teased the India launch of the Realme C25. It is possible that Realme will launch Realme 8 5G alongside the Realme C25.

Realme 8 5G specifications should be more or less similar to the 4G model, except for the chipset. The 4G version of the Realme 8 has a 6.4-inch Super AMOLED display with FHD+ resolution. The phone is powered by the MediaTek Helio G95 SoC. It has four rear cameras, a 64MP primary camera. At the front, you get a 16MP selfie camera. The phone features a 5,000mAh battery with 30W fast charging. The Realme 8 has support for two SIM cards, dual-band Wi-Fi ac, Bluetooth v5.1, GPS, and USB Type-C port.