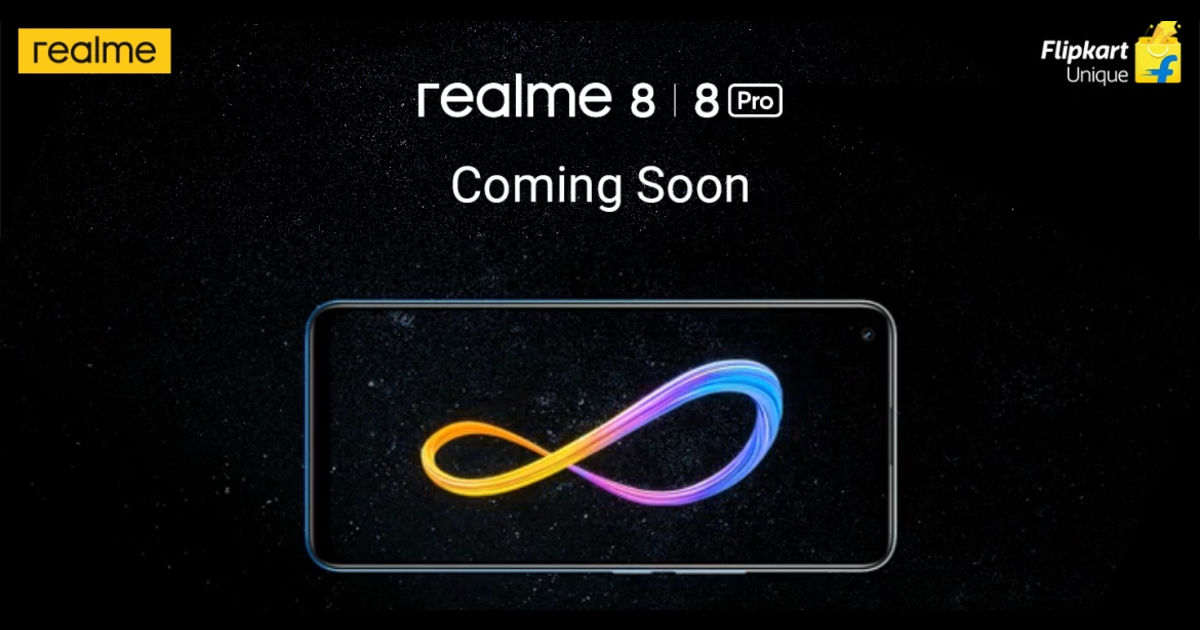 Realme 8 and Realme 8 Pro launch date in India has been officially revealed by Realme India CEO Madhav Sheth. As past leaks have suggested, the Realme 8 series India launch is indeed on March 24th. Sheth in a new teaser video revealed the date after taking on a ‘Drift Challenge’. Additionally, key Realme 8 and Realme 8 Pro specifications and designs have been revealed in official-looking teasers. The Realme 8 Pro will come with a 108MP camera and 50W fast charging support, while the Realme 8 will tout a Super AMOLED display and 64MP AI quad-camera system.

The Realme 8 series will launch in India on March 24th, staying true to past leaks. The company will livestream the event through official platforms like YouTube. The launch event livestream link and time are expected to be revealed in a few days.

The official-looking teaser images were posted by tipster Mukul Sharma and are yet to go live on Flipkart or Realme.com. They reveal that the Realme 8 Pro comes with a 108MP quad-camera system and a 50W SuperDart fast charging solution. The Realme 8, on the other hand, gets a 64MP quad-camera system and a Super AMOLED display. The Pro model should feature a Super AMOLED panel as well. The phones will come with a corner punch-hole camera and a square-shaped rear camera module. Both phones also get the ‘Dare to Leap’ branding on the rear panel.

Realme 8 and Realme 8 Pro specifications tipped so far include the Snapdragon 720G SoC and Snapdragon 732G chipset, respectively. The phones will come with AMOLED displays and possibly high refresh rates. Both phones are said to come with up to 8GB RAM and 128GB of internal storage. The Realme 8 is rumoured Cyber Silver and Cyber Black, while the Realme 8 Pro will come in Infinite Black, Infinite Blue, and Illuminating Yellow, the latter recently being teased.