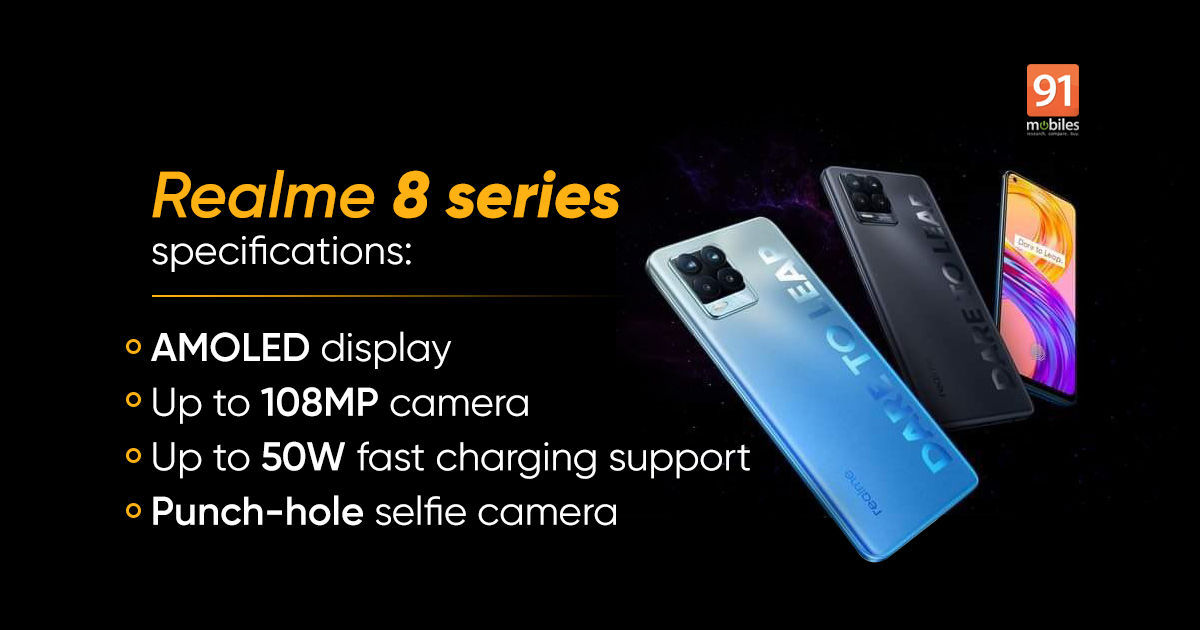 Realme 8 and Realme 8 Pro will launch in India on March 24th and the company has been revealing key features about the phones. There is also a special Illuminating Yellow colour option as well and is claimed to glow in dark. Now, ahead of the launch, the Realme 8 series is confirmed to come with Android 11-based Realme UI 2.0 out of the box. Considering the recent Realme Narzo 30 Pro and Realme X7 series come with Android 10 OS out of the box, this is a welcome change. The Realme 8 series will be the first from the brand to ship with Realme UI 2.0.

#realme8series will be the first to run #realmeUI 2.0 right out of the box!

Realme 2.0 comes with a host of new features like Dual Mode Music Share, customisable notification bar colours, and multiple dark modes. You get five themes for Always-on-Display (AOD), new fonts and icons, a new Digital Wellbeing feature called Sleep Capsule, and a Deep-Sea Privacy Plan, among other things. You can read all about Realme UI 2.0 update list, features, and release date for older Realme phones here.

The Realme 8 Pro is tipped to come with the Qualcomm Snapdragon 720G SoC, while the 5G model may have a different chipset. The Realme 8 Pro is also said to sport a 6.4-inch FHD+ AMOLED 90Hz display with a punch-hole cutout on the top-left corner for the selfie camera. It may come with up to 8GB RAM and 128GB storage. The smartphone is also tipped to feature a 4,500mAh battery that will support 50W fast charging.

As for cameras, the Realme 8 Pro is already known to have a 108MP primary camera, while the standard Realme 8 may have either a 64MP or a 48Mp primary camera. Connectivity features include 4G, dual-band Wi-Fi, Bluetooth 5.0, GPS, and USB Type-C port for charging data transfers. That’s pretty much everything we so far know about the Realme 8 and Realme 8 Pro specifications.