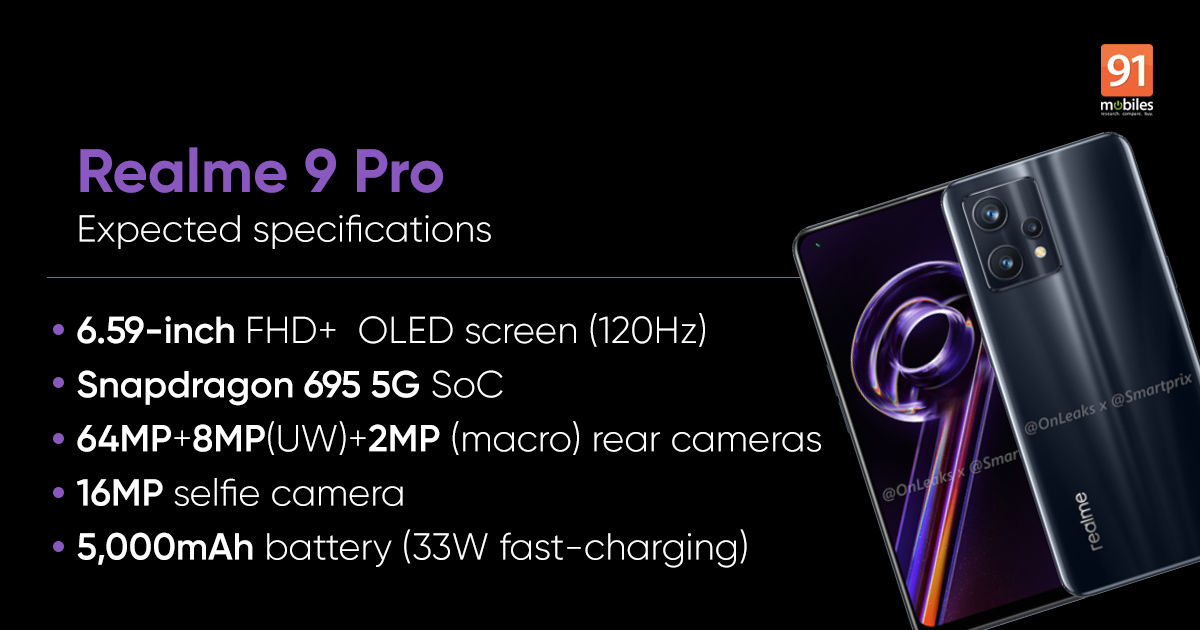 On public demand, we will be introducing both these smartphones in India soon! https://t.co/0ygXbvqoYZ

While the exact launch timeline hasn’t been revealed by Sheth in his tweet, we can speculate it could be around the time they debut globally, i.e. February. In an exclusive interview with 91mobiles, Sheth revealed the Realme 9 Pro series will be priced upwards of Rs 15,000 and all the models will have 5G network connectivity. The Realme 9 Pro and 9 Pro+ have been spotted on various certifications websites, including BIS, suggesting the launch could be inching close. Most recent leaks have revealed key details about the phones.

The Realme 9 Pro is said to sport a 6.59-inch FHD+ OLED display with a 120Hz refresh rate and an in-display fingerprint sensor for security. It is said to feature a triple camera setup comprising a 64MP primary sensor, an 8MP ultra-wide-angle lens, and a 2MP macro lens. There is a 16MP snapper on the front for selfies and video chats. A 5,000mAh battery with a 33W fast charging support is tipped to fuel the phone.

Realme 9 Pro reportedly is powered by the Qualcomm Snapdragon 695 5G chipset paired with 8GB RAM and 128GB internal storage but there could be other options at launch.

On the other hand, the Realme 9 Pro+ could have similar specifications as the Realme 9 Pro but with 65W fast charging support, better optics, and a larger battery and display. We should know more about the phone soon.