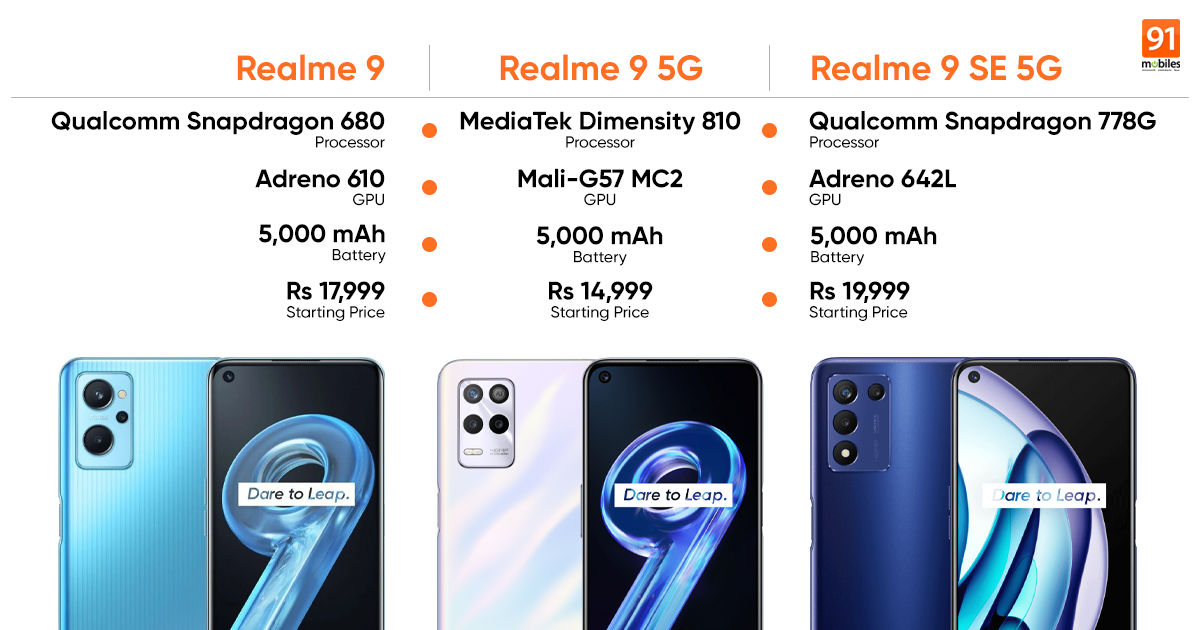 Chinese smartphone giant Realme now has several smartphones under its signature Realme 9 series. There’s the Realme 9 (review), Realme 9 5G (review), and the Realme 9 SE (review). I have tried them all and come to the conclusion that each device is a champ in a different aspect of the overall smartphone experience. The Realme 9 4G, priced at Rs 17,999, uses a better display, faster charging, and a larger primary sensor than its 5G counterpart, which is priced at Rs 14,999 and relies on its 5G capabilities and better CPU. As for the Realme 9 SE 5G, performance is a key factor in its Rs 19,999 price tag. 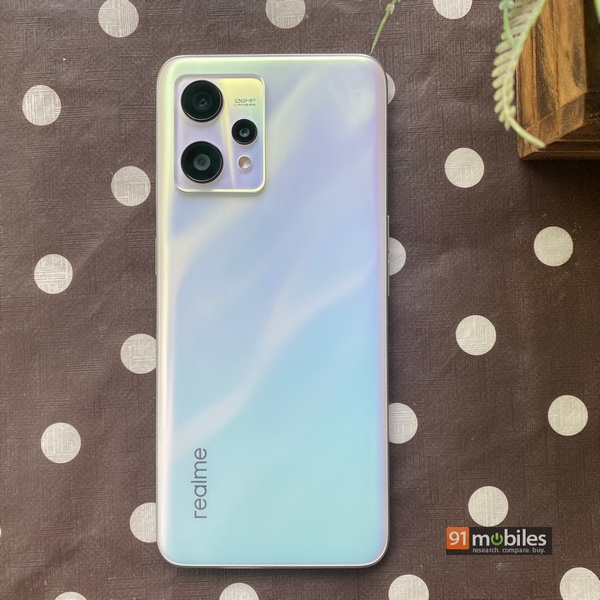 If it is the processing prowess you are looking for between the three devices, the choice is quite obvious. However, I want to find out exactly how well each device performs relative to its price. I have the three smartphones with me and I put them through their paces on several benchmarking apps. Keeping each device’s starting cost in mind, here is what I found out.

The Realme 9 4G is powered by the Qualcomm Snapdragon 680 SoC which is an octa-core chipset with a 2.4GHz maximum clock speed using the Kryo 265 CPU. In the case of the Realme 9 5G, the MediaTek Dimensity 810 is handling the reigns and it comes with two Cortex A76 high-performance cores also spinning at 2.4GHz. Lastly, the Realme 9 SE has a Qualcomm Snapdragon 778G running underneath the hood and it packs in three Cortex A78 cores of which one is clocked at 2.4GHz and the other two at 2.2GHz. From the specs, it is easy to deduce that on Geekbench 5, a benchmark calculating the efficiency of single-core and multi-core CPU performance, the Realme 9 SE is a clear winner. The question is by how much. The Realme 9 4G, 5G, and SE single-core scores are 377, 596, and 790 respectively. The jump in performance follows an almost linear path here with the Realme 9 SE showing a 25 percent better result, with the Realme 9 5G being ahead of the 4G model by 33 percent. In terms of the multi-core results, the three phones get 1,523, 1,794, and 2,786. Here the difference between the 5G and SE versions, at 36 percent, is far greater than the difference between the 5G and 4G versions which is just 16 percent. Even so, the difference in performance between the Realme 9 4G and SE is far greater at 46 percent.

Moving on to Antutu, which provides an overall score that takes in multiple aspects of the device’s performance into account, the results are more-or-less aligned with what Geekbench showed. The scores from the Realme 9 4G, 5G, and SE are 285,976, 369,949, and 539,560 respectively. In terms of an increase from the 4G version to the Realme 9 5G, the value stands at a 23 percent gain. For the SE and 5G, that value is a bit higher at 32 percent. However, the battery drain and temperature rise on the Realme 9 SE are higher than both the 4G and 5G versions of the device combined. Another noteworthy thing to see is that the Realme 9 4G’s GPU score is a third of the SE’s score even though the price difference between the two devices is just Rs 2,000. This should definitely entice the gaming community that is on a budget.

To get a better idea of the graphical performance of the devices, 3DMark is a good option. The Qualcomm Snapdragon 680 SoC has an Adreno 610 GPU that has a 1.1GHz clock speed. The Mali G57 MC2 can be found on the MediaTek Dimensity 810 but it is clocked lower at 850MHz. Finally, the Qualcomm Snapdragon 778 has the Adreno 642L GPU although the company has not specified the clock speed. Running the benchmark shows about the same result that was present while running Antutu. The Realme 9, 5G, and SE have scores of 448, 1,222, and 2,464. The percentage gains between the Realme 9 and 5G is a mammoth 64 percent while those between the 5G and SE are about 51 percent. Talking about the difference in GPU prowess between the Realme 9 and the SE, the latter is ahead by more than a factor of 5.

No matter how powerful an SoC is, there are times when the device has to throttle down the max performance to prevent overheating. The CPU Throttle benchmark finds out just that with a specified number of threads running for a period of time. For the purposes of this test, I ran 20 threads for 30 minutes to see how much throttling each phone shows. The Realme 9 cut down to 83 percent of its peak performance while the Realme 9 5G and SE were at 93 percent and 95 percent respectively. It is easy to see that the Realme 9’s Snapdragon 680 falls a lot below its peak performance when stressed out for a long time.

The final test for a smartphone to be categorised as a processing powerhouse is how well it can run the popular but graphically-intensive mobile title BGMI. Based on the chipset, the game decides that certain graphic presets are optimum for running the title without the device severely lagging. It comes as little surprise that the Snapdragon 680-powered Realme 9 4G can only opt for a High frame rate (FR) option which is 30fps while the graphics are set to the lowest at Smooth. The Realme 9 5G however, can run the game at Ultra FR (45fps) although the graphics have to be set at Smooth. For the Realme 9 SE, the Extreme FR (60fps) option is unlocked but it has to be paired with Smooth graphics again. It doesn’t take a genius to figure out that the SE is the best phone for gaming while the regular Realme 9 is perhaps a poor choice if you are spending Rs 17,999. All three phones have a 5,000mAh battery housed inside which makes it easier to judge the battery life on each. For this PCMark’s Battery test is a good option as it runs a simulation of daily tasks on the device till the battery drops to 20 percent and then gives out a time-based score. As the Realme 9 4G is not a very processor-intensive device it has the highest score of 16 hours 42 minutes. The Realme 9 5G and the Realme 9 SE follow respectively with scores of 14 hours 50 minutes and 14 hours. The difference in all three phones is not that large and in day-to-day usage, the screen-on times might vary between 1-2 hours between the Realme 9 and the Realme 9 SE.

It’s easy to see that the Realme 9 SE is a performance fiend because it beats both devices hands down in every aspect except for battery life. The presence of the Snapdragon 778G is a good enough pull to get mobile gamers on their toes. Also interesting to see is how far behind the Realme 9 4G is while costing only a slightly less amount than the SE. Of course, the former has a lot of other things going for it as well but if you are in need of a processing champ between the Realme 9 smartphones, the choice is abundantly clear.