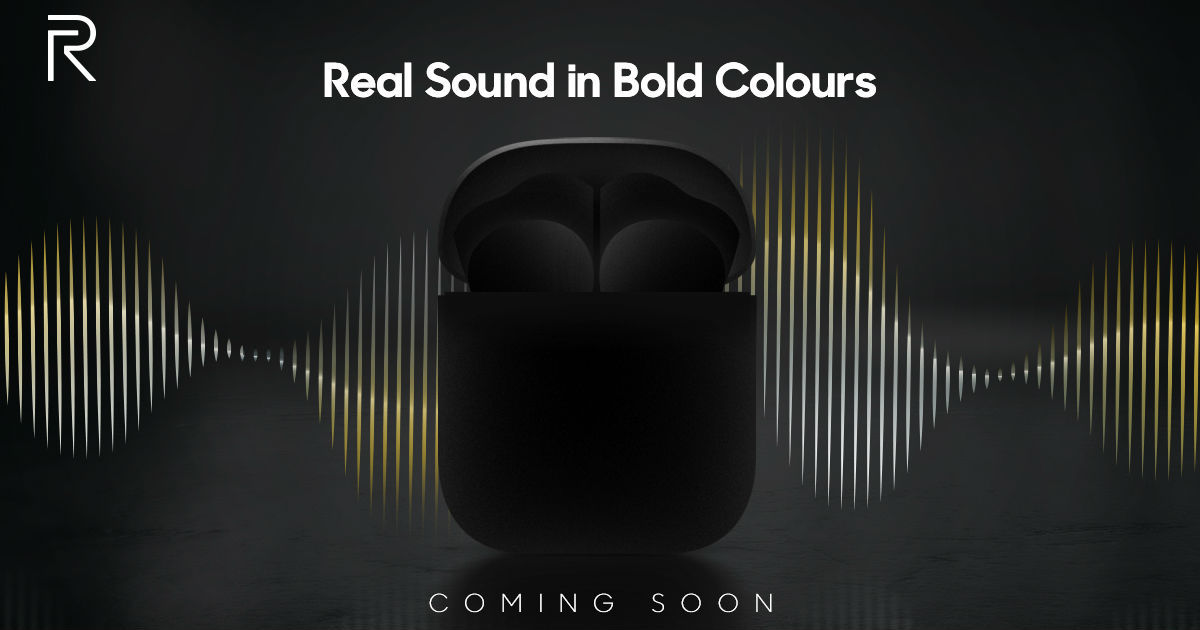 Realme’s truly wireless earphones, likely to be called Realme AirPods, will launch in India this month in three colour options. Realme has shared a series of posts on Twitter, revealing the colour variants and design of its upcoming wireless earphones. Based on the images shared, the Realme AirPods will indeed share most of its design cues with the Apple AirPods, including the charging case. Realme AirPods will come in yellow, black, and white colours, which is in line with our report. 91mobiles had reported yesterday that the earphones will launch in India with Realme XT 730G smartphone before December 20th in the three colour options.

Looks like our CEO @MadhavSheth1 is up to something. https://t.co/IwypdvrlLq

The Realme AirPods specifications are scarce at the moment, but we can tell you that it’ll come with an in-ear design. The earbuds will hang on the user’s ear and have a long stem – just like the original Apple AirPods. The charging case of the Realme AirPods also looks similar to Apple’s and we can exclusively confirm that the case will have wireless charging support. The company claims that the earphones will offer “Real” sound in bold colours.

Realme is expected to launch a series of products at its upcoming December event. The company’s India head Madhav Sheth has recently asked fans “how many devices and services we are planning to launch this month?” The AirPods has now been confirmed. The accessories will be introduced alongside the Realme XT 730G smartphone, which is an incremental upgrade to the brand’s Realme XT – the first smartphone in India with 64MP camera. The handset is tipped to price at around Rs 17,000 for the 4GB + 64GB variant and will be powered by a Snapdragon 730G SoC.

Realme could also announce a new fitness band at the event to take on Xiaomi’s Mi Band in the wearable category. Sheth, back in October, confirmed that it’ll be foraying into the fitness segment soon. He also teased the launch of VOOC-fast charging PowerBanks in the future.