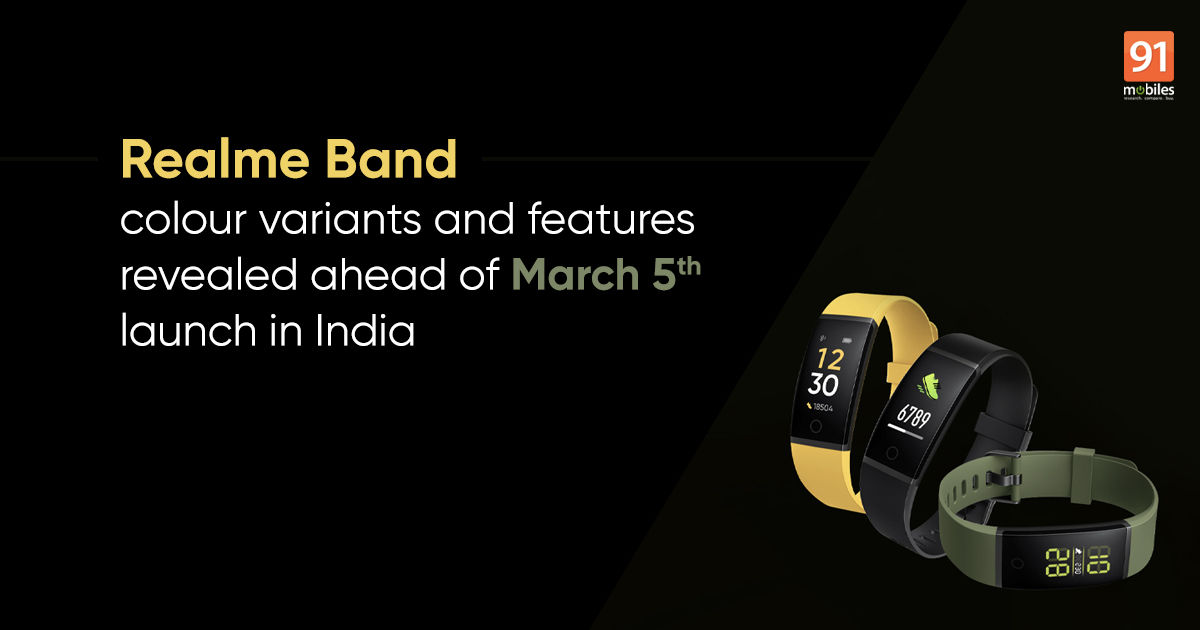 The most functional smart band in it’s segment in India!
Launching #realmeBand at 12:30PM, 5th March.
It will be followed by #Hate2Wait sale from 2PM-4PM only on https://t.co/EgEe8vAhSe.

Realme Band specifications and features have now appeared on the company’s official website. The device will have support for nine different sport modes, including cycling, running, walking, hiking, climbing, yoga, workouts, and spinning. Notably, the band will also include a ‘Cricket Mode,’ which the company says is specially made for India and should appeal to a huge cricket-enthusiastic demographic, especially as the tracker launches ahead of the upcoming IPL season. The Realme Band seems to have a button below the screen, presumably for navigation.

Realme Band will also feature sleep tracking and notification alerts after it’s connected to the companion Realme Link app. The Realme Band is IP68 water-resistant. We’re yet to learn about the Realme Band price in India, display size and battery capacity. The fitness band will launch in India on March 5th alongside the Realme 6 series, and we should know all the details during the launch event that starts at 12:30PM.