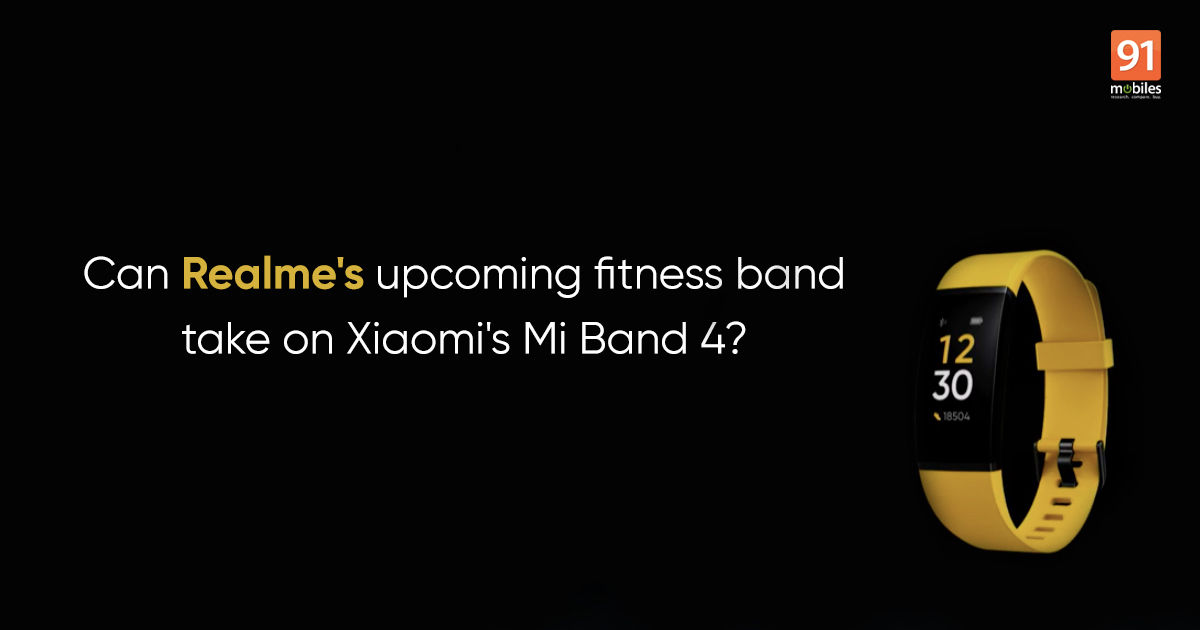 Realme X50 Pro 5G smartphone was launched in India Today. Towards the end of the launch event, the company’s India CEO, Madhav Sheth officially confirmed that the Realme Band launch date is set for March 5th. The teaser poster reveals a yellow strap and coloured display, just as previous images have revealed. The Realme Band should come with pre-loaded fitness tracking apps, steps count and a long-lasting battery life. It could be customisable with more options using a watch face. The fitness band is confirmed to feature heart rate monitor and plug-and-charge design, allowing users to plug the band into a USB port directly without requiring to remove one half of the strap.

The Realme Band will be available in three colours – Black, Yellow, and a third mystery colour which we will find out about during its launch on March 5th. The Realme Band will connect to the companion Realme Link app that was introduced recently. Not a lot is known about the Realme Band at the moment, but it should offer features such as calories burned, sleep tracking, music control, smartphone alerts, swimming activity, and many more. When launched, the Realme Band will take on Xiaomi Mi Band-series and Honor Band-series in India. We should know the pricing and availability when it goes official next week.

Coming to the newly launched Realme X50 Pro 5G, the smartphone sports a 6.44-inch full-HD+ Super AMOLED display with 2400×1080 pixels resolution, 90Hz refresh rate, HDR 10+, 1000+ nits brightness, and an in-display fingerprint sensor for security. It is powered by the latest Qualcomm Snapdragon 865 SoC with Adreno 650 GPU, up to 12GB LPDDR5 RAM and 256GB internal storage. The handset ships with Realme UI based on Android 10. The Realme X50 Pro comes with a five-dimensional Vapor Cooling System and houses a 4,200mAh battery with the new 65W SuperDart fast charging technology.