91mobiles.com
Home News Realme Buds 2.0 launch tipped to be alongside Realme 5 series on... 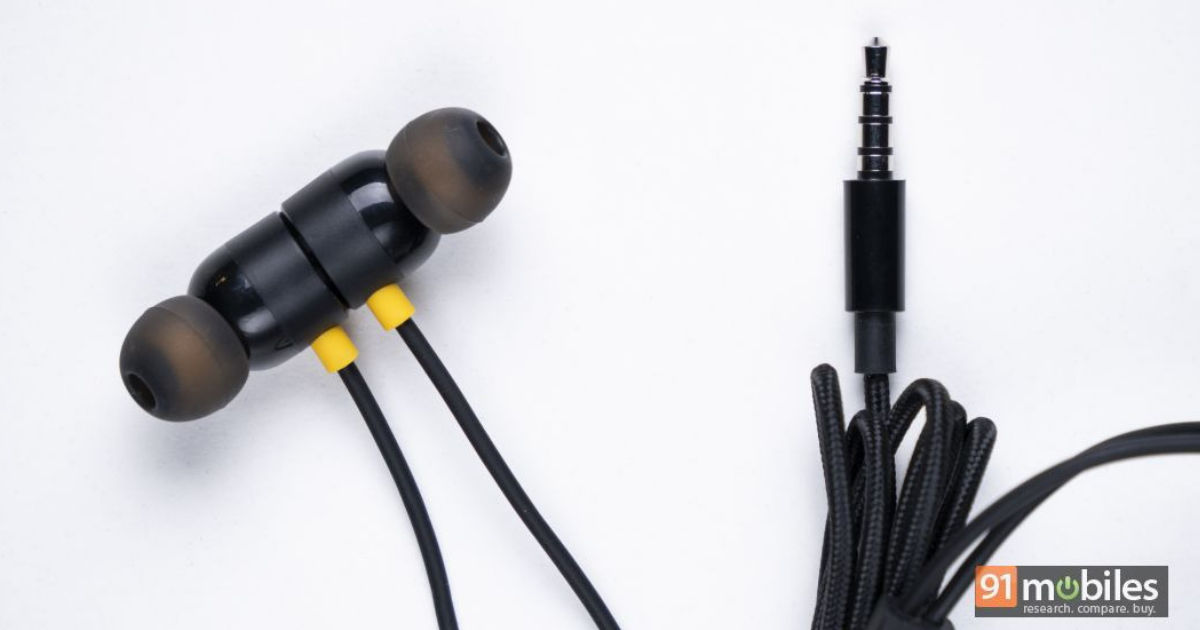 “The Realme Buds 2.0 is expected to be an incremental upgrade to the original Realme Buds earphones that were launched last year”

Realme Buds are likely to get an upgraded version at the company’s event on August 20th, where the brand will launch Realme 5 series in India. The pair of earphones will reportedly be dubbed as Realme Buds 2.0, and according to popular tipster Ishan Agarwal, they will look a lot like the original Realme Buds. The latter was launched earlier this year at Rs 499, and it boasts in-ear design with magnets, 3.5mm headphone jack, and 11mm audio drivers for powerful bass (review). The Realme Buds 2.0 earphones are said to be an upgraded version with better audio quality and design.

Realme is launching #Realme5Series on 20th August. Both the devices will have quad camera set up & will be powered by Snapdragon processors. Along with that, they will also launch an upgraded version of realme Buds and those will be called Buds 2.0. Here is an exclusive look! pic.twitter.com/J6ca1SapoL

The specifications and other details of the Realme Buds 2.0 are unknown at the moment. But, we don’t have to wait for long as the launch seems to be just around the corner. As stated above, the company is hosting the event tomorrow where it’ll also take the wraps off the next-gen Realme 5 and Realme 5 Pro smartphones. The handsets are tipped to be the flagship offerings from the brand, with a quad-camera setup at the back and a beefy 5,000mAh battery with VooC 3.0 flash charging that is said to add 55 percent of juice in just 30 minutes. The ‘Pro’ model could either be driven by Qualcomm’s Snapdragon 710/ Snapdragon 712 SoC paired with up to 8GB of RAM.

Apart from this, the Realme 5 Pro is likely to sport an AMOLED display, in-display fingerprint scanner, and a Sony IMX586 sensor of 48-megapixel resolution. The regular Realme 5, on the other hand, will reportedly pack Snapdragon 600-series chipset, HD+ display, and a waterdrop-style notch. Software-wise, both Realme 5 and Realme 5 Pro are expected to have Android 9 Pie-based ColorOS running out of the box.