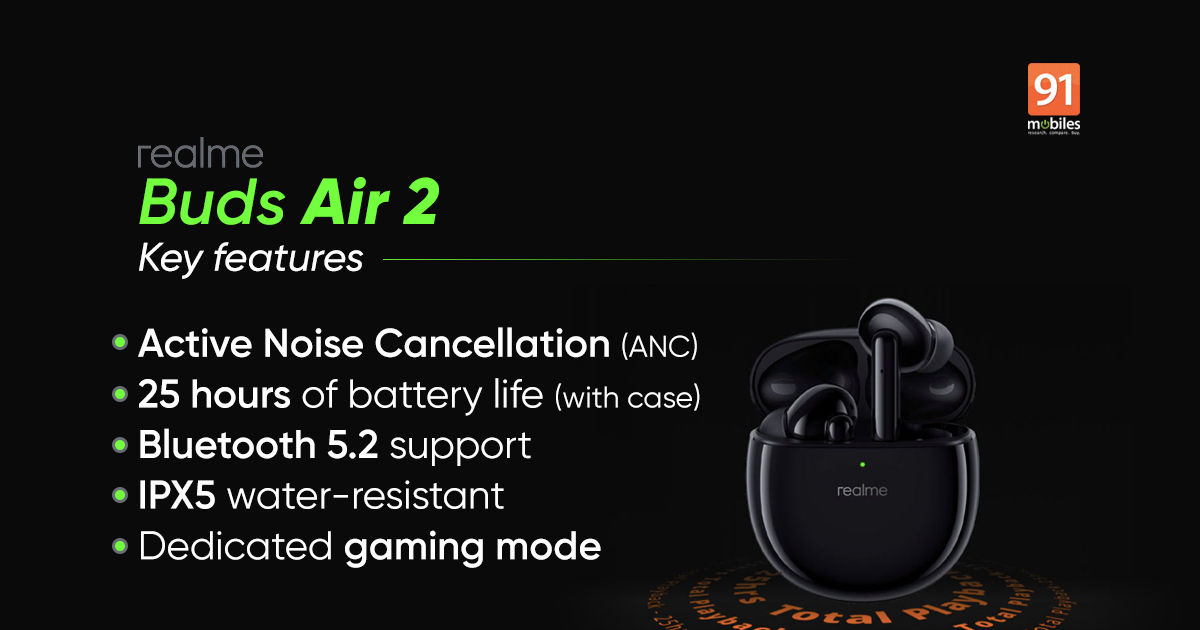 Reale Buds Air 2 Pro price in India is set at Rs 3,299. It will be available in Closer Black and Closer White colours. The TWS earbuds will be available for sale on Flipkart starting March 2nd. They will also make their way to Realme’s offline stores at a later date.

We found out earlier that the Realme Buds Air 2 would be the first in its series to come with Active Noise Cancellation. However, it is rated for 25dB noise cancellation instead of 35dB on the Realme Buds Air Pro. That shouldn’t be much of a problem under real-world conditions, though. The Realme Buds Air 2 come with 10mm drivers surrounded by a diamond-like carbon (DLC). Lastly, Realme also claims that the earbuds can operate at a latency of 88ms in gaming mode. It interfaces with a smartphone over Bluetooth 5.2.

Realme has also announced a collaboration with renowned electronic music group The Chainsmokers, who will custom-tune the Realme Buds Air 2. The TWS earbuds have a battery capacity of mAh, while its charging case can store 400mAh of charge. Realme claims that it can offer up to 25 hours with the case included of playback with ANC disabled. With ANC, that number goes down to 22.5 hours. By themselves, a pair of Reale Buds Air 2 can offer up to five hours of playback. It needs two hours to charge completely, but a ten-minute charge is enough to power the earbuds for up to two hours. The Realme Buds Air 2 are also IPX5 water-resistant and work with popular voice assistants such as Google Assistant, Alexa, etc.