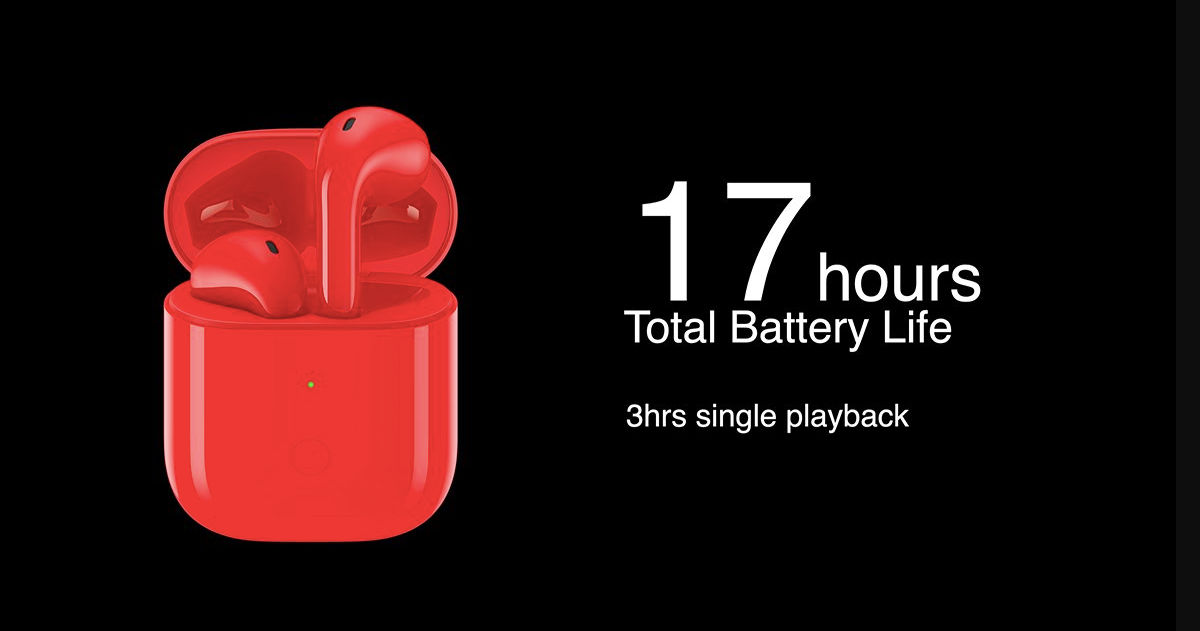 Realme has expanded its TWS earphones lineup with Realme Buds Air Neo launch in India. As was expected, the pair is a watered-down version of the original Realme Buds Air earphones that were launched in India last year. The new Realme Buds Air Neo tout pretty much the same specifications and design as its elder sibling; however, they make some comprises to keep the price on the affordable side. The earphones feature micro-USB port instead of Type-C for wired charging and lack wireless charging support. The Realme Buds Air Neo’s drivers have been upgraded to 13mm from 12mm, and there are newer colour options to choose from as well. Separately, the company has also announced Realme Powerbank 2 with 10,000mAh battery in India.

The Realme Buds Air Neo price in India is set at Rs 2,999 and will be available for sale on Realme.com, Flipkart, and offline retail stores. The earphones come in three colour options: white, green, and red. However, only the white colour variant will be available for sale in the country today at 3pm via Flipkart and Realme.com as part of a ‘Hate To Wait Sale’. The other colour options will go on sale in India soon.

As for the Realme Powerbank 2, it has been priced in India at Rs 999 and be available soon for purchase in the country from Realme.com, Flipkart, and soon on retail stores. The power bank has two-way quick charging support, dual output ports (USB-A and USB-C), 13-layer circuit protection, and low current mode for AIoT devices. 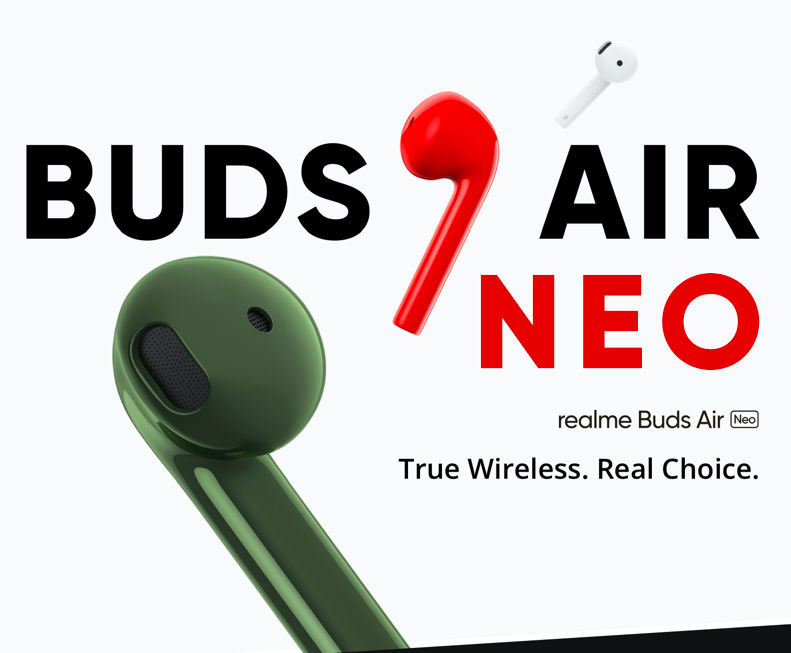 The Realme Buds Air Neo packs 13mm drivers that bear LCP multi-layer composite diaphragm and in-ear design with long stems, similar to the first-gen Buds Air. The earphones are also integrated with Dynamic Bass Boost solution for an ‘enhanced bass experience’ and Bluetooth 5.0. The new earphones are rated to offer 3 hours of playback time on a single charge and up to 17 hours with the charging case. The case has micro-USB port for charging.

The Realme Buds Air Neo is powered by R1 chipset that enables seamless wireless audio experience with the latency rate of 119.2ms when using a super low latency mode. The earbuds also tout an optical sensor to detect in-ear placement and a touch sensor on the surface to control music playback and calls. A user will further be able to control the settings of the Buds Air Neo via Realme Link app. Other features include Google Fast pair protocol, automatic pairing once the case is opened, and a microphone for answering voice calls.