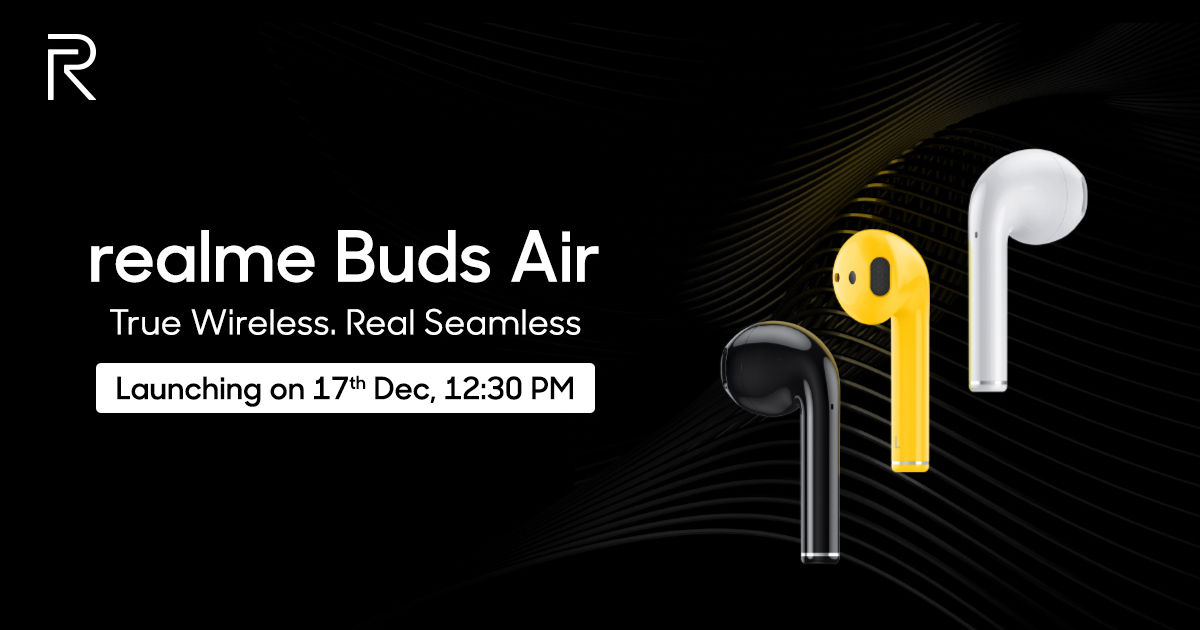 Realme Buds Air price appeared on Flipkart momentarily before it was taken down. The company’s first truly wireless earphones is garnering quite a lot of attention considering they look uncannily similar to the Apple AirPods in the teasers seen so far. But considering how Realme launches products at affordable prices, you can expect the Realme Buds Air to cost considerably cheaper than Apple’s premium truly wireless earbuds. Ahead of the December 17th launch event, the Realme Buds Air price in India was listed on Flipkart to be Rs 4,999, Gizchina reports.

According to the Flipkart listing, which has now been taken down, the Realme Buds Air price will be set at Rs 4,999. It is unclear whether this will be the official pricing of the Realme Buds Air, but if it’s true true then we’re looking at some really affordable truly wireless earbuds to launch in India soon.

The Flipkart listing also mentions some offers on the Realme Buds Air such as 5 percent cashback on Flipkart Axis Bank Credit Card and 5 percent off on Axis Bank Buzz Credit card.

Realme Buds Air specifications are still under wraps but some features have been revealed by the company and on Flipkart. Realme has revealed that the earphones will come in three colour options – black, yellow and white. Flipkart has revealed features like touch controls, built-in voice controls and Type-C port for the charging case.