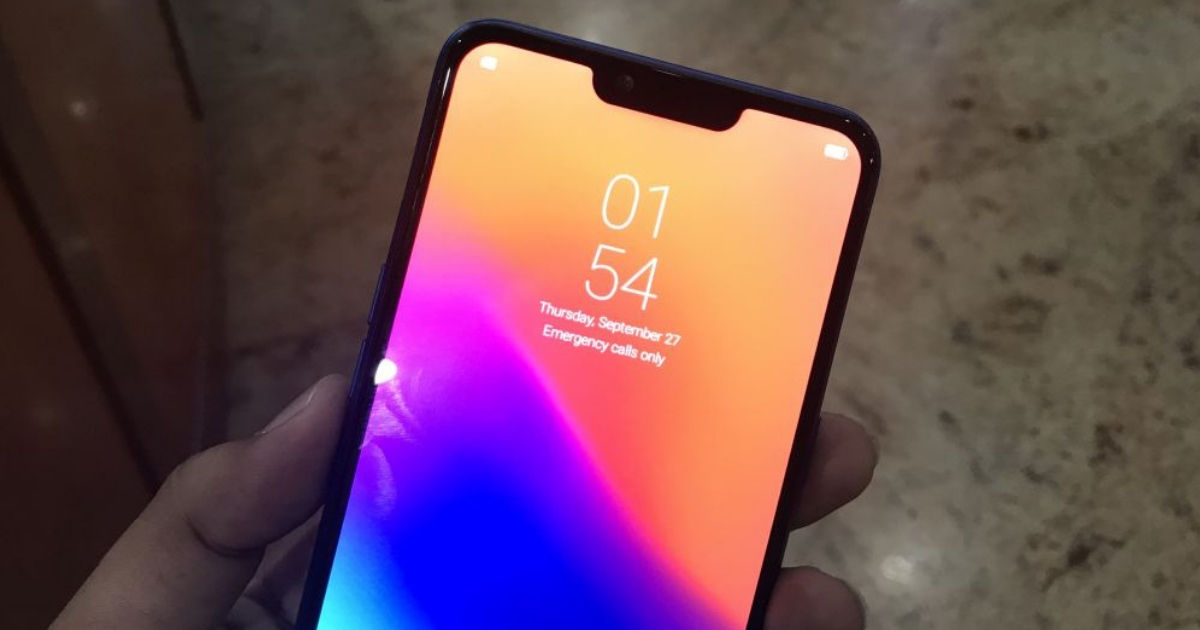 “The Realme C1 is the most affordable phone in the brand’s lineup. We take a closer look”

When OPPO’s online-only sub-brand – Realme launched its second smartphone in the country – Realme 2 (review), it also dropped a hint of a new smartphone arriving in India later. As promised, the brand launched the Realme 2 Pro (review) with waterdrop notch and a powerful spec sheet a couple of days ago. However, the brand had another surprise up its sleeve in the form of the Realme C1, which comes with impressive features such as a display notch and dual rear cameras at an enticing price tag of Rs 6,999. We managed to spend some time with the device, and here’s how we’ll describe our experience. 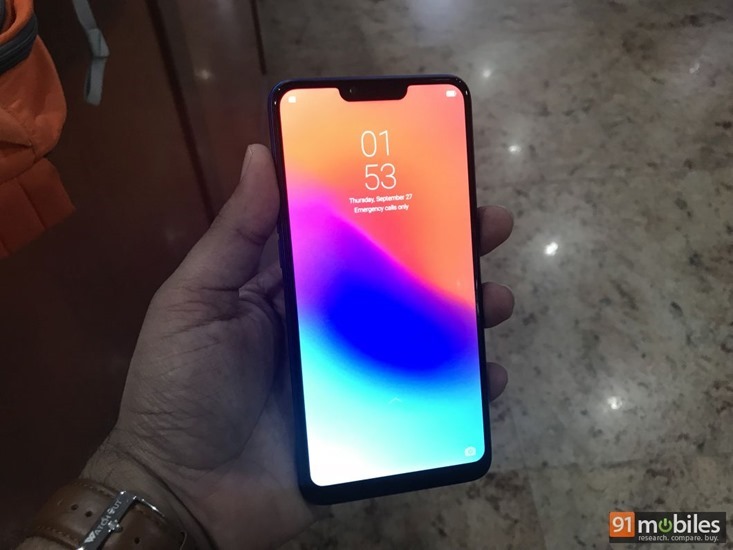 The Realme C1 comes with a massive 6.2-inch display, however, due to the notch and taller aspect ratio, the smartphone feels quite compact. Furthermore, the handset is also one of the most affordable handsets in the country to flaunt a premium glass-sandwich design. As is usual with glass-clad smartphones, the C1 happens to be a smudge-magnet.

In terms of the ports and buttons, the power key is located on the right edge, while the volume rocker and SIM tray are placed on the left side, The base is chock-a-block with a loudspeaker grille, micro-USB port, and a 3.5mm audio socket.

Moving on to the display, the 6.2-inch panel features a HD+ resolution and offers sharp text and vibrant visuals. The visibility in direct sunlight is good, and so are the viewing angles.

Driving the performance of the handset is the Snapdragon 450 chipset. The processor is further backed by 2GB RAM and 16GB of expandable storage. In our brief stint with the handset, the navigation and multitasking felt quite snappy. The phone comes with ColorOS 5.1 out of the box, which is based on Android 8.1 Oreo. Thankfully there is no bloatware on the smartphone, which is a plus. 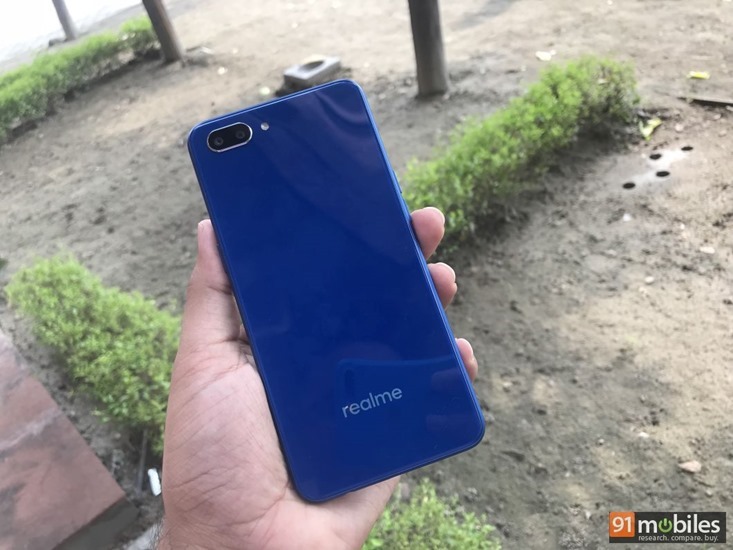 In the camera department, Realme has equipped the C1 with a dual-camera setup on the back with LED flash. The phone comes with a 13-megapixel camera accompanied by a 2-megapixel shooter for depth sensing. For selfies, you get a 5MP camera on the front. The front camera has also been equipped with AI face unlock, since the handset misses out on a fingerprint scanner. The initial images shot from the smartphone were good and bokeh shots also ensure that the subject stands out from the background.

Lastly, the smartphone is powered by a beefy 4,230mAh battery, which should last longer on a single charge. 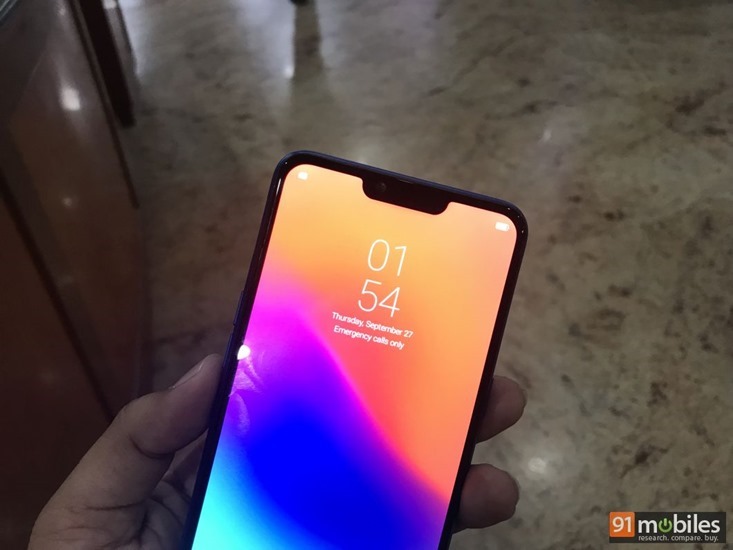 There’s no doubt that the Realme C1 is one of the best smartphones at this price point. It’ll be giving a tough competition to the likes of the Xiaomi Redmi 6A (review) and Honor 7S (first impressions). Stay tuned for our review to know if the C1 is a worthy buy.