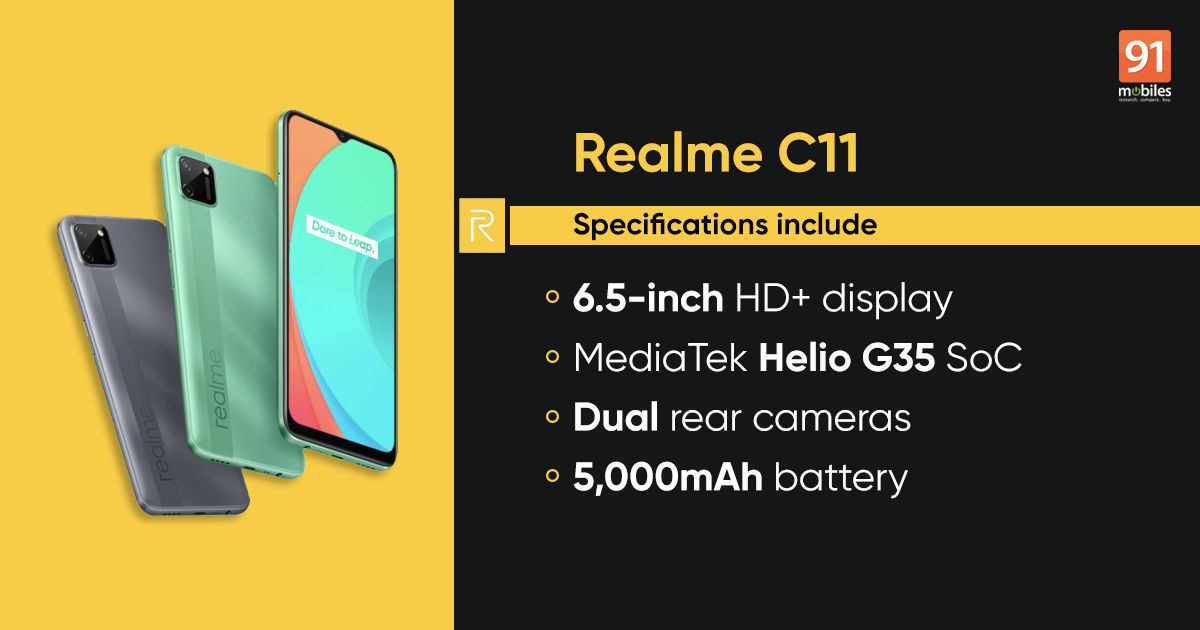 Realme C11 2021 may launch in India soon going by a recent BIS listing. A Realme phone with model number RMX3231 was spotted by tipster Mukul Sharma on the BIS website a couple of days ago. The same model appeared this week on the NBTC website where the moniker was revealed. The Realme RMX3231 will be called Realme C11 2021, specifications of which are still unclear. The Realme C11 2021 price in India is expected to be similar to the Realme C11 that was launched last year. While we don’t have a launch date yet, the BIS listing suggests the phone may arrive soon enough.

The Realme C11 2021 will be a refreshed version of last year’s model going by the moniker. Unfortunately, both the BIS listing and NBTC certification do not reveal any Realme C11 2021 specifications.

To recall, the Realme C11 was launched in India in June 2020 with a price tag of Rs 7,499. The phone sports a 6.5-inch HD+ waterdrop display. The device is powered by the MediaTek Helio G35 chipset paired with 2GB RAM and 32GB internal storage, with support for a microSD card up to 256GB. The Realme C11 comes equipped with a dual-camera system that includes a 13MP primary sensor and a 2MP depth sensor. At the front, the phone gets a 5MP camera for selfies. The Realme C11 packs a 5,000mAh battery with standard charging support. Connectivity options include 4G LTE, Dual SIM support, Wi-Fi, Bluetooth, GPS, 3.5mm headphone jack, and a micro-USB port.

We expect to learn more about the Realme C11 2021 launch in India as well as its specifications in the coming days.