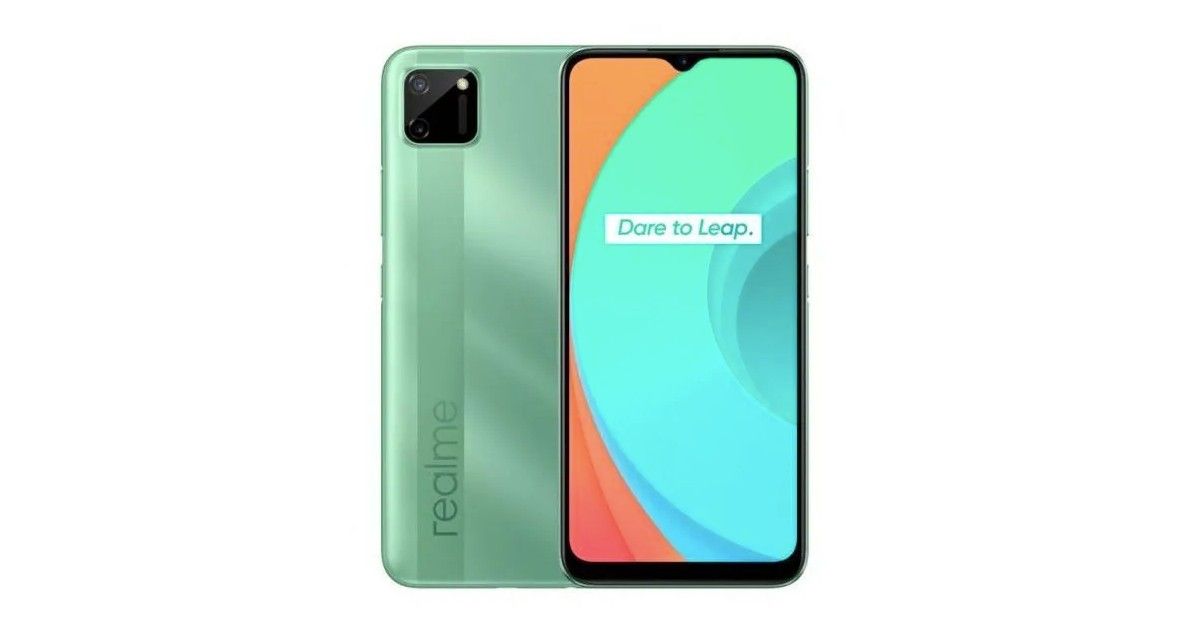 Realme C11 will launch in India with the MediaTek Helio G35 SoC, industry sources have informed 91mobiles. It will be India’s first smartphone with the new MediaTek G-series chipset, which was announced a few days ago. Although the MediaTek Helio G35 name may seem like it is less powerful than the Helio G70 – which powered the Realme C3 – that may not be the case as it looks to be a faster chipset on paper. From the looks of it, the Realme C11 India variant will be identical to the global variant that was launched in Malaysia earlier this month. The Realme C11 is slated to launch in India on July 14th and will go on sale on Flipkart.

The Realme C11 global variant ships with dual SIM support and Android 10-based Realme UI running out of the box. It sports a 6.5-inch HD+ display with 720 x 1,600 pixels resolution, a waterdrop notch atop for the selfie camera, 20:9 aspect ratio and Corning Gorilla Glass 3+ layer. At its core lies MediaTek Helio G35 SoC coupled with IMG PowerVR GE8320 GPU, 2GB LPDDR4x RAM and 32GB storage that is further expandable via microSD card.

In optics, the Relame C11 houses dual 13MP+5MP sensors in a squarish camera module at the back, while the front camera gets a 5MP snapper for selfies and video chats. The phone is P2i Splash resistant. Connectivity features include 4G VoLTE, Wi-Fi 802.11 b/g/n, Bluetooth 5.0, GPS/ GLONASS/ Beidou, and microUSB port. It houses a 5,000mAh battery with 10W charging support. The handset does not come with a fingerprint scanner, but it will offer the face unlock feature.