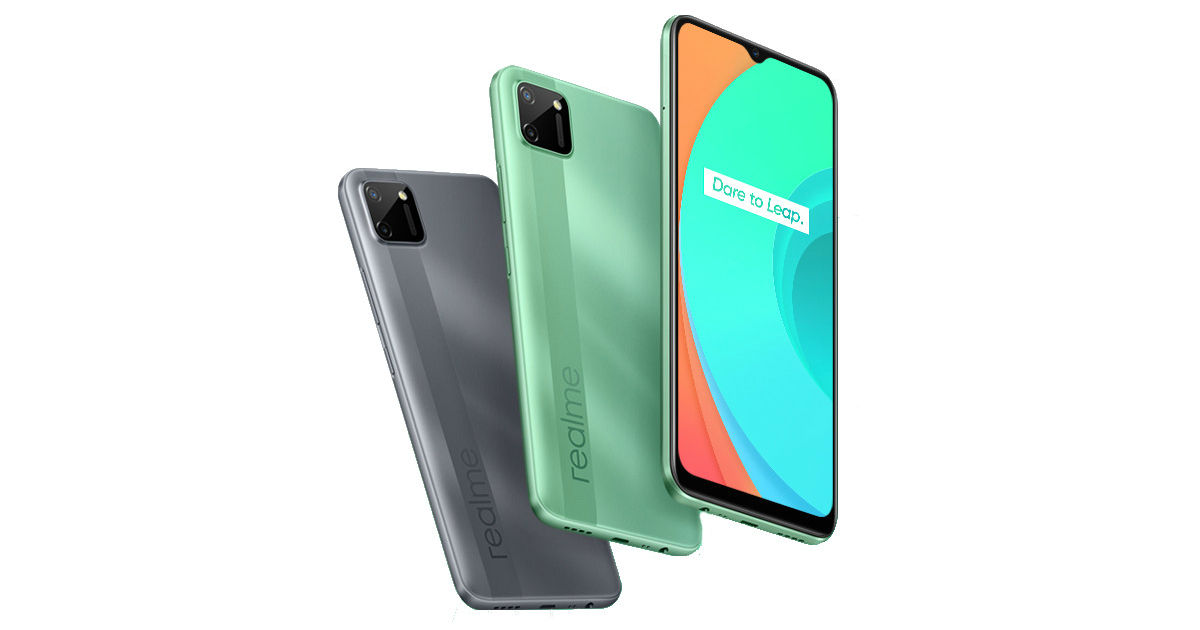 Realme C11 has been launched in Malaysia just moments after Xiaomi announced the Redmi 9C and Redmi 9A. The new budget Realme smartphone is notable for a few reasons as it is the first phone from the brand to come with a square-shaped camera module, offering a unique design language. It is also Realme’s first phone to be powered by the new MediaTek Helio G35 chipset, much like the Redmi 9C. Realme C11 specifications also include a 5,000mAh battery and 13MP dual camera setup, among other things. Here’s a look at the Realme C11’s price, specifications and more.

Realme C11 price in Malaysia is RM 429 (approx Rs 7,500) and the smartphone will be available in Mint Green and Pepper Grey colour options. Realme C11 will go on sale from July 7th on e-commerce platform Lazada. There is no word yet on when the Realme C11 will launch in India.

The Realme C11 features a 6.5-inch Mini-drop notch display with an HD+ (1600×720) resolution. The phone is powered by the 2.3GHz MediaTek Helio G35 gaming chipset, which comes with the HyperEngine technology and is equipped with the IMG PowerVR GE8320 GPU. The Realme C11 comes with 2GB RAM and 32GB internal storage with support for storage expandability.

Realme C11 gets a dual camera setup on the back that includes a 13MP primary sensor and 2MP depth sensor. On the front, the phone gets a 5MP selfie camera. The Realme C11 supports a triple card slot that can hold two nano SIM cards and a microSD card (up to 256GB). The phone houses a 5,000mAh battery and will ship with Android 10-based Realme UI.