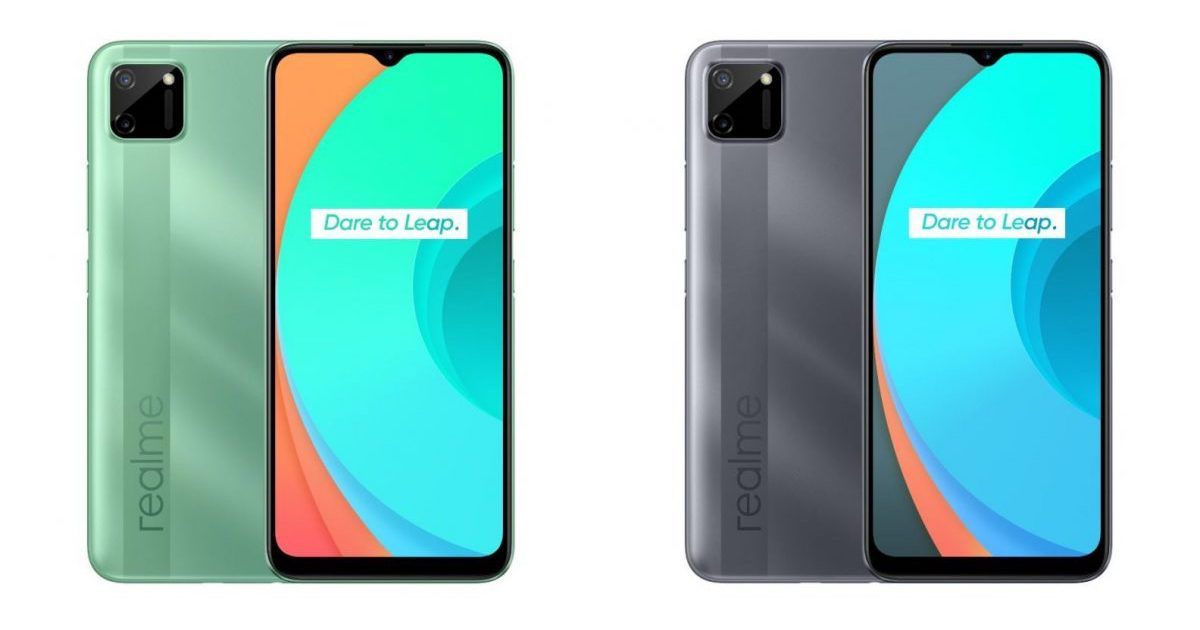 Realme C11 is set to launch in Malaysia on June 30th and the company has been teasing several key features about the smartphone over the past few days. We already know that it will be the world’s first smartphone to launch with the MediaTek Helio G35 chipset. We also know that the phone will come with a new camera layout and rear finish. Now, some more Realme C11 specifications as well as the phone’s full design and colour options have been listed on e-commerce platform Lazda ahead of launch. The listing reveals details like battery capacity, display size, and camera configuration, among other things. 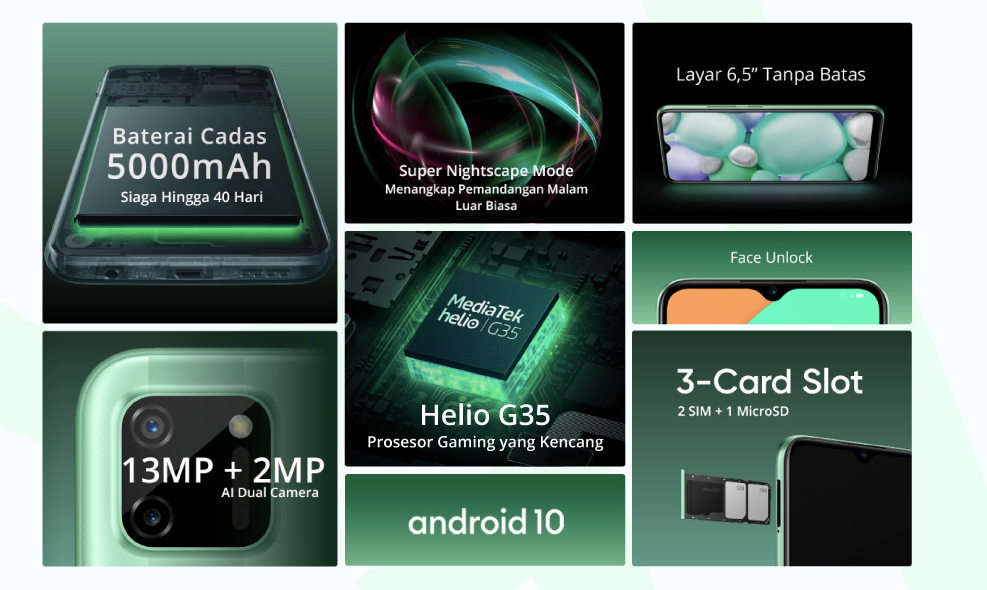 As per the listing, the Realme C11 specifications will include a 6.5-inch waterdrop display on the front and the MediaTek Helio G35 gaming-centric chipset under the hood. The phone will support a triple card slot for two nano SIM cards and a microSD card. As an entry-level phone, the Realme C11 will not come with a fingerprint sensor, but it will support face unlock. It will also come with a 3.5mm headphone hack and a microUSB. The phone will be available in Pepper Grey and Mint Green colour options.

Additionally, the square-shaped camera module on the back will house two camera sensors. There will be a 13MP primary camera and a 2MP secondary camera. It is unclear what the secondary camera is for, but we expect to see either a depth sensor or a macro lens. The camera will support a Super Nightscape mode for low-light photography. The Realme C11 will house a 5,000mAh battery and will run Android 10 with Realme UI out of the box.

With these key Realme C11 specifications out in the open, the only thing remaining is the price tag, which the company will announce on June 30th in Malaysia. The Lazada website also reveals that the first flash sale for the Realme C11 will be on July 1st. While it is unconfirmed at the moment, we do expect to see the Realme C11 launch in India in the near future.