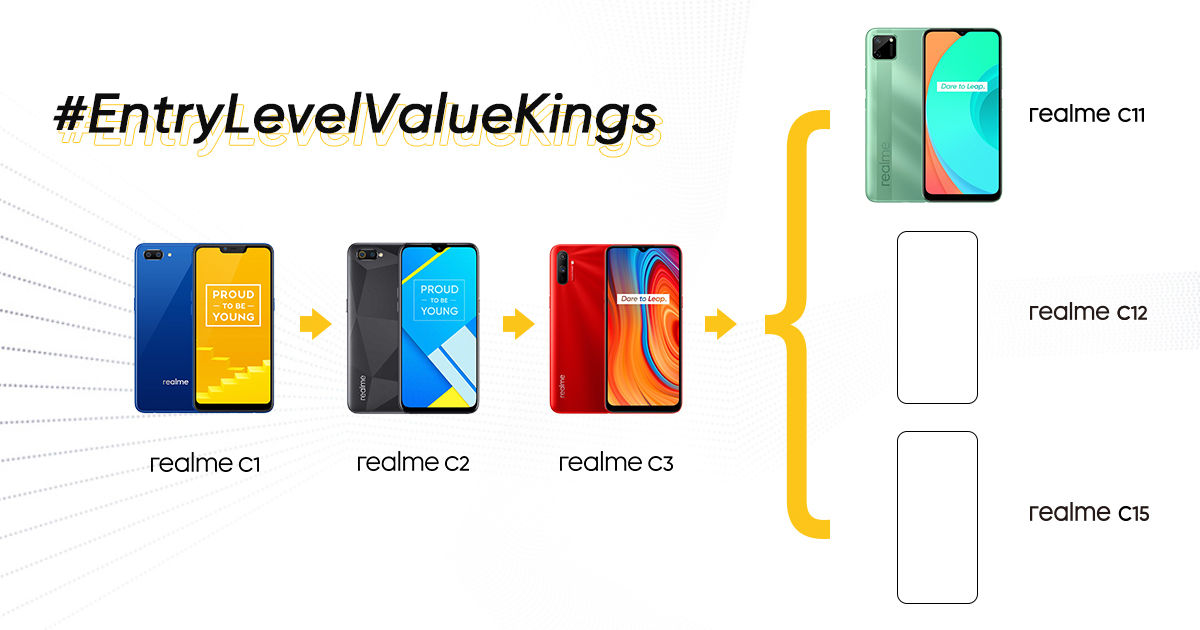 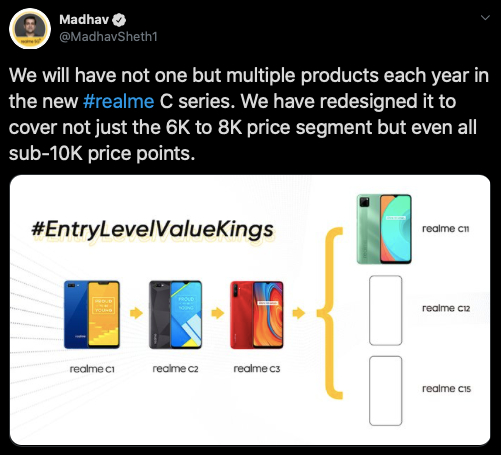 The Realme C15 has been launched in Indonesia with a 6.5-inch LCD HD+ waterdrop display and is powered by the MediaTek Helio G35 chipset coupled with up to 4GB RAM and 128GB storage. The phone runs on Android 10 OS with Realme UI custom skin on top and is equipped with a rear-mounted fingerprint sensor. The Realme C15 houses a 6,000mAh battery and supports 18W fast-charging. It features a 13MP quad camera setup at the back and an 8MP selfie camera.

The Realme C12 has appeared on Geekbench where it is revealed that the phone will be powered by the MT6765G chipset, which is either the MediaTek Helio P35 or Helio G35 SoC, and we’re leaning towards the latter. The phone will come with 3GB RAM and Android 10-based Realme UI. The Realme C12 may also house a 6,000mAh battery as per the NBTC certification.