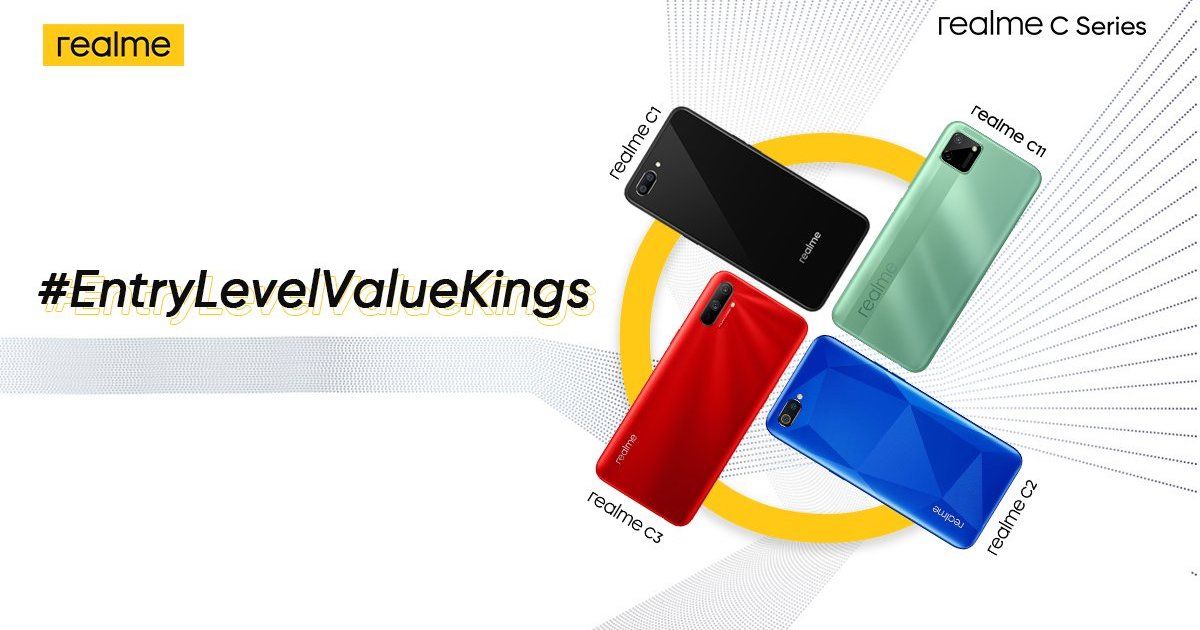 Realme C12 and Realme C15 India launch has been teased by the company on Twitter. Though the tweet doesn’t explicitly mention the handsets, the caption “new #EntryLevelValueKings are ready” and the mention of the other C-series phones from the brand is enough evidence to suggest the Realme C12 and C15 are indeed coming. While the latter was recently introduced in Indonesia, the former is a completely new phone and is expected to be the direct successor to the Realme C11. The Realme C15 brings a new square camera module with quad-camera setup, while the Realme C12 was recently certified by NBTC with the standard 10W charging support. 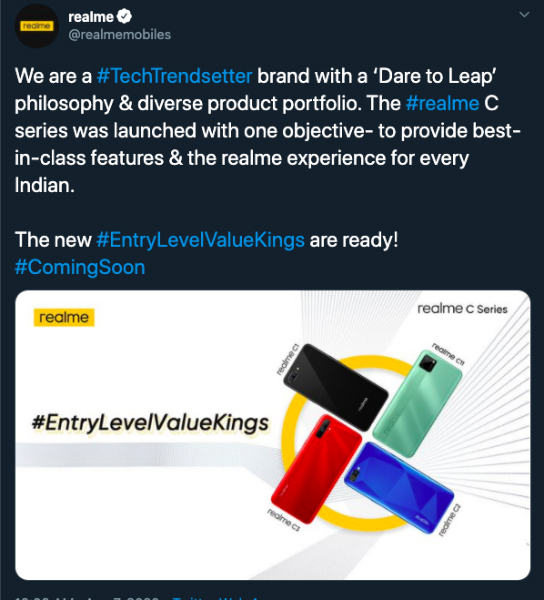 We don’t know much about the Realme C12 at the moment other than that it will pack a 6,000mAh battery as revealed recently via the NBTC certification site. The Realme C12 has the model number RMX2189 and will likely support a standard 10W charging speed.

The Realme C15 has already been launched outside India, so we know everything about its specifications. The phone sports a 6.5-inch LCD display with HD+ resolution and waterdrop notch to accommodate the selfie snapper. It is powered by the MediaTek Helio G35 chipset, coupled with up to 4GB RAM and 128GB storage that is further expandable up to 256GB via a microSD card. The phone runs on Android 10 OS with Realme UI custom skin on top and there is a rear-mounted fingerprint scanner for security. It also houses a 6,000mAh battery, but supports a faster 18W fast-charging.

The Realme C15 houses a quad-camera setup at the back that includes a 13MP primary sensor, an 8MP 119-degree ultra-wide-angle sensor, a black and white sensor, and a retro sensor. On the front, there is an 8MP snapper for selfies and video calling. Connectivity options include Dual 4G VoLTE, Wi-Fi, Bluetooth v5.0, GPS/GLONASS/Beidou, MicroUSB, and 3.5mm Audio jack.